Only in Indiana: Time and money doesn't stop Bloomington man from collecting

Some of us collect pennies, some collect baseball cards but in Bloomington, there’s a man who collects memories. 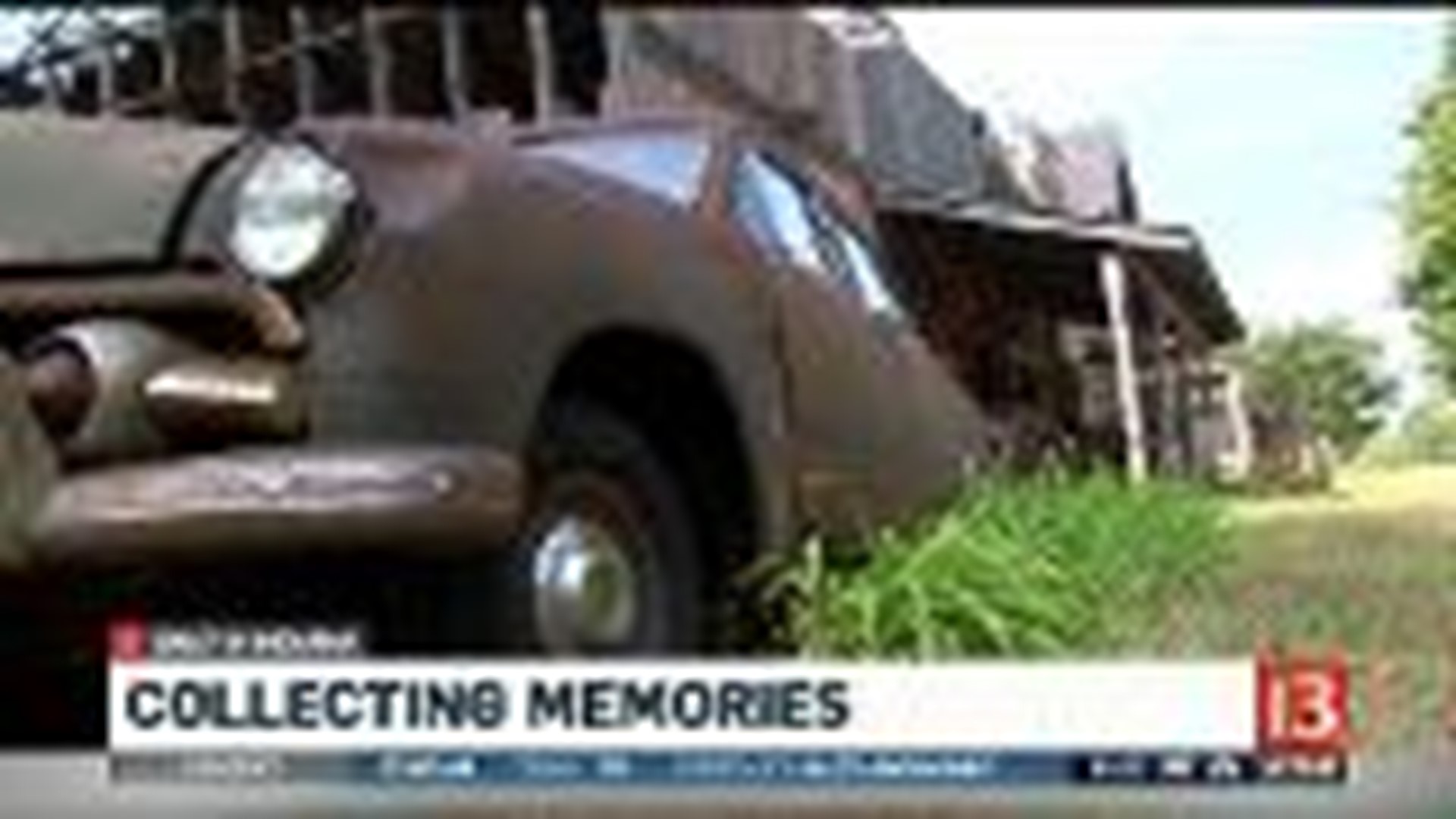 BLOOMINGTON, Ind. (WTHR) – Some of us collect pennies, some collect baseball cards but in Bloomington, there’s a man who collects memories.

In fact, Mike Walcott says the only two things he doesn't have are time and money.

We all have a few things around the house that we could probably do well without. But if Walcott is around, there is a good chance he will buy it.

"I can't keep from buying all this stuff I get," Walcott explained.

Out back, Walcott has trailers, old vehicles and anything else you can think of. (WTHR Photo)

There is the pay loader. The airplane in the old trailer out back and the 1974 MG under there somewhere.

It's no wonder “American Pickers” stopped by to pick up a few items a few years back. They had to be just as impressed as us.

"This is a property from my dad’s from a ways back. I acquired it a few years ago and now it's my problem," Walcott said with a hearty laugh.

General Store, Crystal Palace with the bar and of course the jail was right outside the bar.

"That's the place for it," he observed.

The jail came from Ellettsville circa 1902.

All of it admittedly needs work but it has become a kind of photographer paradise.

"They just like it like it is. They don't want me to fix anything on it," Walcott said.

There are the old cabins out front which he wants to clean up to possibly host weddings in. He also wants to restore the old blacksmith shop as well.

And then there is the old Hayloft Jamboree building which now houses Kady Lynn Auctions every week.

"I bought that car there and that tractor at a garage sale. Bought all three of them. That one there at a garage sale," he explained while pointing to several children's toys.

There are old pictures, old signs and old posters.

He has one from the movie "Having a Wonderful Time" starring Ginger Rogers and Douglas Fairbanks and also starring some impressive up-and-comers like Lucille Ball and Richard "Red" Skelton.

Walcott also has this tiny Old Oaken Bucket from the IU-Purdue rivalry dated 1925.

Tiny old oaken bucket from the IU-Purdue rivalry dated back to 1925. (WTHR Photo)

Walcott says his dad collected a lot of stuff. Back then, he didn’t want to get like his dad.

"Well he got a little carried away and I think I'm there," he said with more laughter.

Watching him, you must wonder what will happen to all of this once he is gone but at age 64, Walcott doesn't think that way. He has too many things to fix and those two things he's missing.

"All it takes is time and money and that is the only two things I don't have," he stated.

At least not yet.