Only in Indiana: It's my Thing

Dr. Zach Riley may have a PhD, but he also really enjoys competing in the Highland Games. 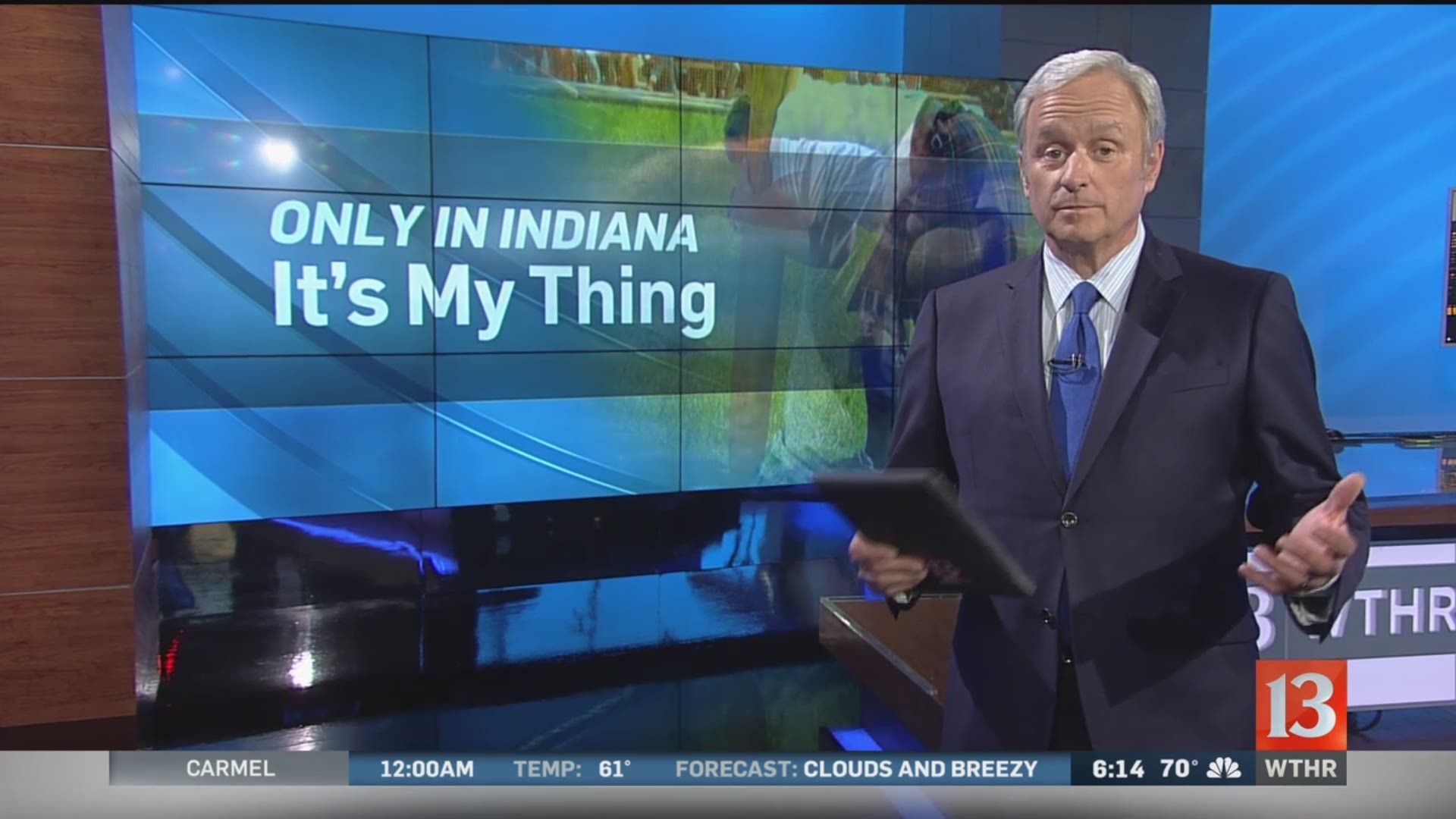 INDIANAPOLIS (WTHR) — There are people out there who do not fit the mold, and they are what makes life interesting.

Dr. Zach Riley does not fit the mold. One look will tell you he is not a typical college professor. Maybe it's all the tattoos. Maybe it's the easy going attitude wrapped up into a 5 foot 11 inch, 305-pound frame.

Zach Riley has a Ph.D. and is Director of Graduate Programs for the IU School of Physical Education & Tourism Management.

He also has painted toenails.

"You have to have painted toenails when you have a 10-year-old daughter," Dr. Riley said.

In 2004 the Ball State grad participated in the Olympic trials in the hammer throw. He didn't make the team, so he made the trek to Colorado instead to start working on his PhD, which brought him to the School of Health and Human Sciences at IUPUI.

"Last year I had two people wear kilts and draw tattoos on their arms and even paint their toenails. Two guys came into class as me for Halloween," he shared.

"So that is the hammer throw at the 56 pound weight that we throw," the good doctor explained as we walked to retrieve his hammer on the practice field.

"Throwing heavy objects is my thing." Zach Riley got into the Highland Games events after throwing the hammer in track and field.

But watching his daughter compete in cheerleading got his competitive juices flowing again.

"Throwing heavy objects is my thing. It is the thing I am good at," he said.

So he turned to the Highland games.

"Track and field is really stuffy, high-brow, professional officials everywhere and Highland Games, we just, inmates are running the asylum so to speak so it's a lot of fun," he said.

"We will do the caber which is flipping the tree," he said. "The competition is the real treat. A lot harder to practice that one. I don't keep my tree around with me," he said jokingly.

He doesn't exactly fit the mold at the Highland Games either.

"I'm too old to go full throttle everyday so quality of reps over quantity of reps at this point in my life," he noted.

And in case you were wondering, they do introduce him as Dr Riley.

"We are not an uneducated bunch as much as we might look like barbarians so it's really funny. Most of my tattoos are neuroscience related so they are nerdy tattoos and the beard is kept for the Highland Games community because you are an entertainer first and foremost," he admitted.

The money is certainly enticing, but that is not what motivates this 38-year-old man to get up at 3:45 a.m. and arrive at work an hour later, so he can train at the Bartholomew County Fairgrounds by the afternoon.

"You are always chasing that perfect one that comes out of your hand and you just go that's it. There is no better thing than what that just was," he said.

Dr Riley finished fifth in the nation during the last games in Pennsylvania. Next up will be Scottish Fest here in Indianapolis on October 13.