Only In Indiana: Film Family

An Indiana family set out to to make their first movie and turned it into a family affair. 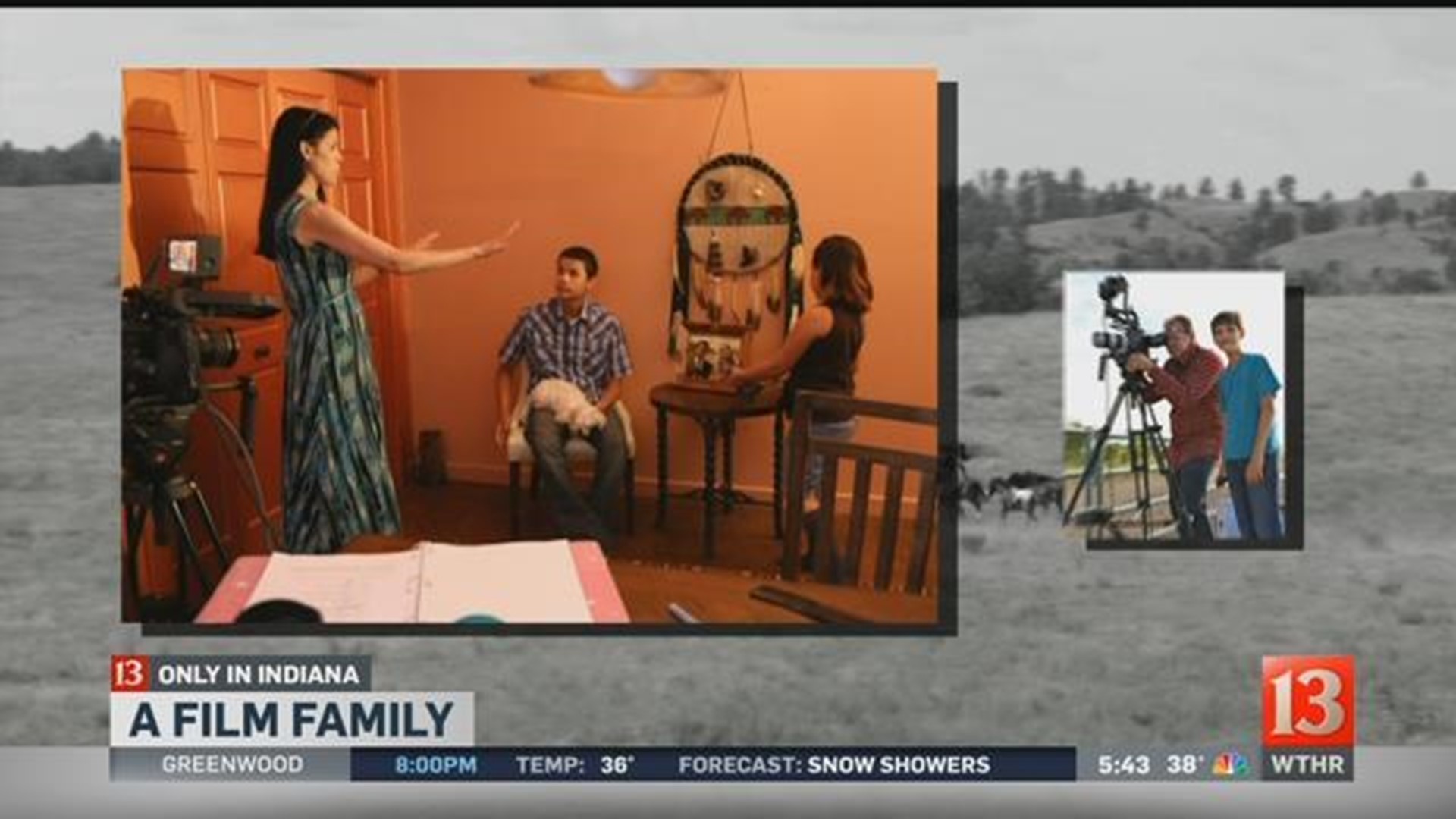 Well, what about starring in a movie?

The Cameron family from Westfield did just that - all four of them!

If you see Molli and Russell Cameron at the supermarket, you might think they are a typical married couple, but there is nothing typical about these two.

It wasn't that many months ago that Molli was directing a motion picture on location in South Dakota and Russell was the man behind the camera.

"I am looking at the monitor and I was thinking, "This is good. This is good. I like it. This is what I was hoping it would be like'," Molli described the picture showing her looking at a monitor under a tent on location in South Dakota.

This married mother of two, who spent much of her childhood at the old Diana Theatre in Noblesville, had always dreamed of making a movie and she knew just what story she wanted to tell so she wrote it.

"This story of my great grandmother is so interesting to me that 100 years ago she and her two sisters bravely went to South Dakota," she explained.

"Why don't we just make the film? I think we can do that. We have the location, the people and the backdrop," said Russell, who is a native of South Dakota.

Molli's great grandmother Emylon went to South Dakota in the early 1900s to find work as a school teacher and she found so much more.

"Emylon meets Frank because he is one of the sons of the owner of the trading post. She goes in to see the bead work and it is instant attraction and they fall in love," Molli said.

Much to the chagrin of friends and family on both sides.

"This is a good way to start a new film. To do my first film. To use family history, bring it to life. Make it a time machine that the kids can go back and be part of," she said.

Looking back at the project, what is the biggest surprise?

"That we are still married," Russell declared, which prompted easy laughter from both.

The Camerons spent 45 days of shooting with a mix of professional actors, local members of the Lakota tribe and their own two children. In fact, Molli and Russell both acted in the film, as well. An independent businessman, Russell not only supported his wife, he also held the reigns on the horse just outside of one of the shots and on the film's budget.

"You had to put a limit on yourself or...and then you double it," Russell noted.

"You guys are kind of blessed here that both of you are interested in the same thing," Eyewitness News reporter Kevin Rader said.

"I think that is why we married each other. He knew I would be okay with all the car stuff - investing in some, selling some and not selling some and building and I think he knew I had all these ideas and some of them I might actually want to do," Molli rationalized.

And she is not done. She is already thinking about the next film.

"I think we worked together really well and we overcame the challenges and we want to do it again. The next time it will be Indiana-based. It is Indiana-based," she shared.

So what constitutes success?

"Success means people are seeing it, however you can get it seen. That is success," Molli said.

"Lakota Girls" will be seen at the Black Hills Film Festival in May.

They already had a private screening at a local theater, but the Cameron's are also working with other theaters to try to secure a local public viewing.