Only In Indiana: Justin the Artistic Horse

In rural Bartholomew County, there is a stable-turned-studio and Justin - a 13-year-old Friesian horse - is the artist-in-residence. 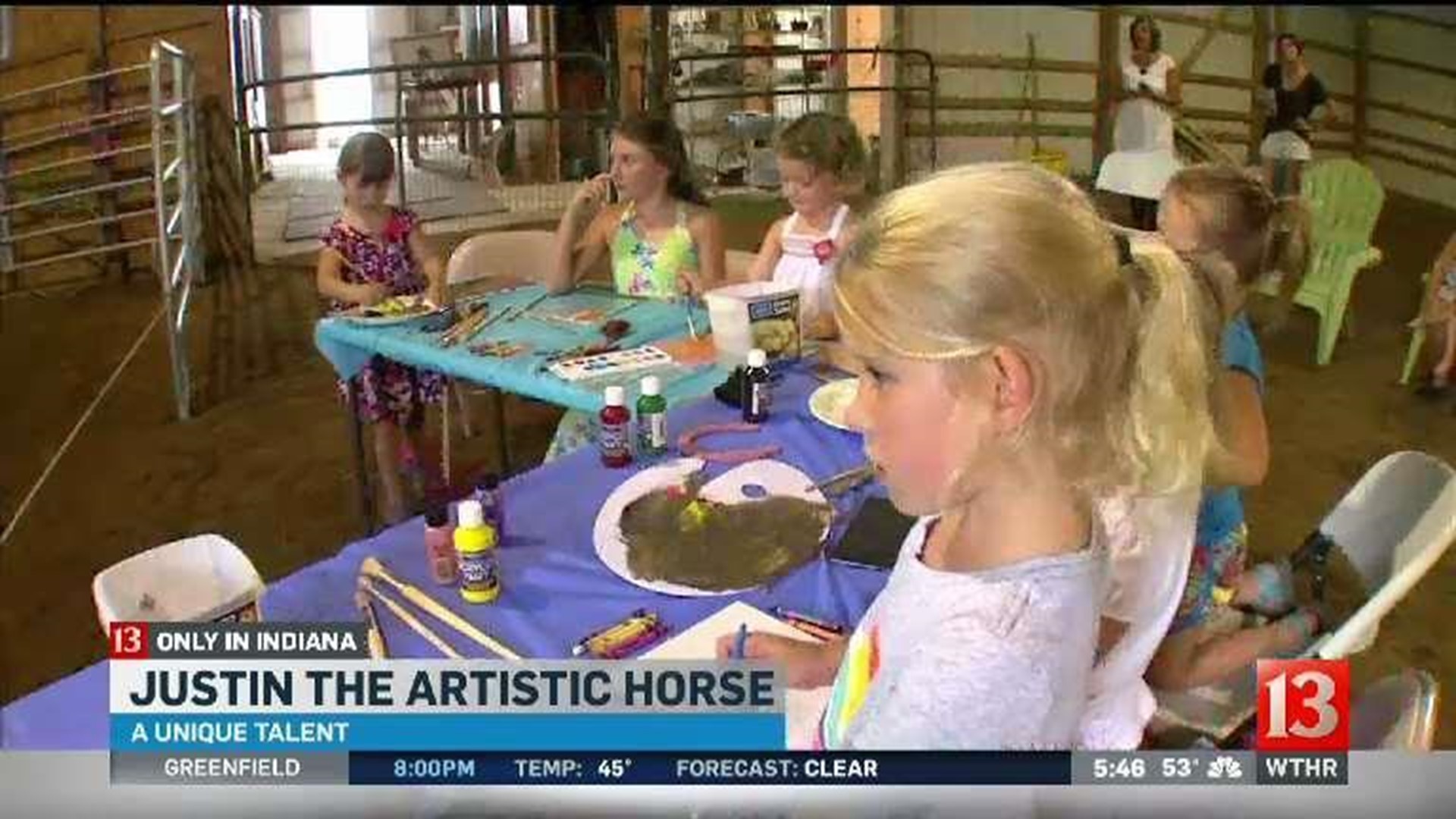 BARTHOLOMEW COUNTY, Ind. (WTHR) - He started painting when he was nine years old.

Three years later, "Justin" has his own studio, his own website and a boatload of Facebook followers.

When it comes to business, everyone is looking for a competitive edge. For Houseworks Furniture in Indianapolis, it's offering trendy upscale furniture with some carefully selected accessories, punctuated by a splash of artwork from around the world.

But the crown jewel of the collection comes from Columbus, Indiana.

"Very unique, very cool local artist, got a great story. So we decided to bring it in and see what we can do with it," said Dustin Polster at Houseworks.

It's been described as unbridled abstract expressionism.

"It is very modern, abstract art that fits in with all of our furniture at Houseworks," Polster said.

Gloria Voelz owns a piece of the art called "Freedom." In fact, she was the customer who first mentioned the artwork to the folks at Houseworks.

"We couldn't believe it. We thought it was kind of a joke at first. She showed us some pictures and we were amazed a horse could paint that well," Polster said.

In rural Bartholomew County, there is a stable-turned-studio and Justin is the artist-in-residence.

Adonna Combs bought her now-13-year-old Friesian to show, but it didn't take her long to realize he would rather be the show than be in one.

"So he doesn't worry about making it look like something, he just paints what he feels like and he loses brushes sometimes. Yes, he is very energetic when he paints," Combs said.

"But he is an artist. Fortunately, most of the time his artistic temperament is contained to the canvas," Combs said.

His style might be a little bombastic or random, but owners of a Justin original would disagree.

"Here is the horse head and the bridle coming down. You can always find a little picture of something he hides in there," said Susan Egbert.

Fans swear they can find a horse in every painting. The best example might be what Adonna calls Justin's self-portrait, which, by the way, is his best-selling print. But there are plenty of others to chose from.

"This is one of Justin's pieces here. You can tell by his hoof prints. That is how he signs it - with an autograph of his hoof," Polster said.

Every artist hopes to leave his mark on this work and Justin is doing just that - with gusto.