Only in Indiana: Hillbilly with a Hobby

When most of us think of retirement we think of a beach somewhere but not everyone is comfortable with that. 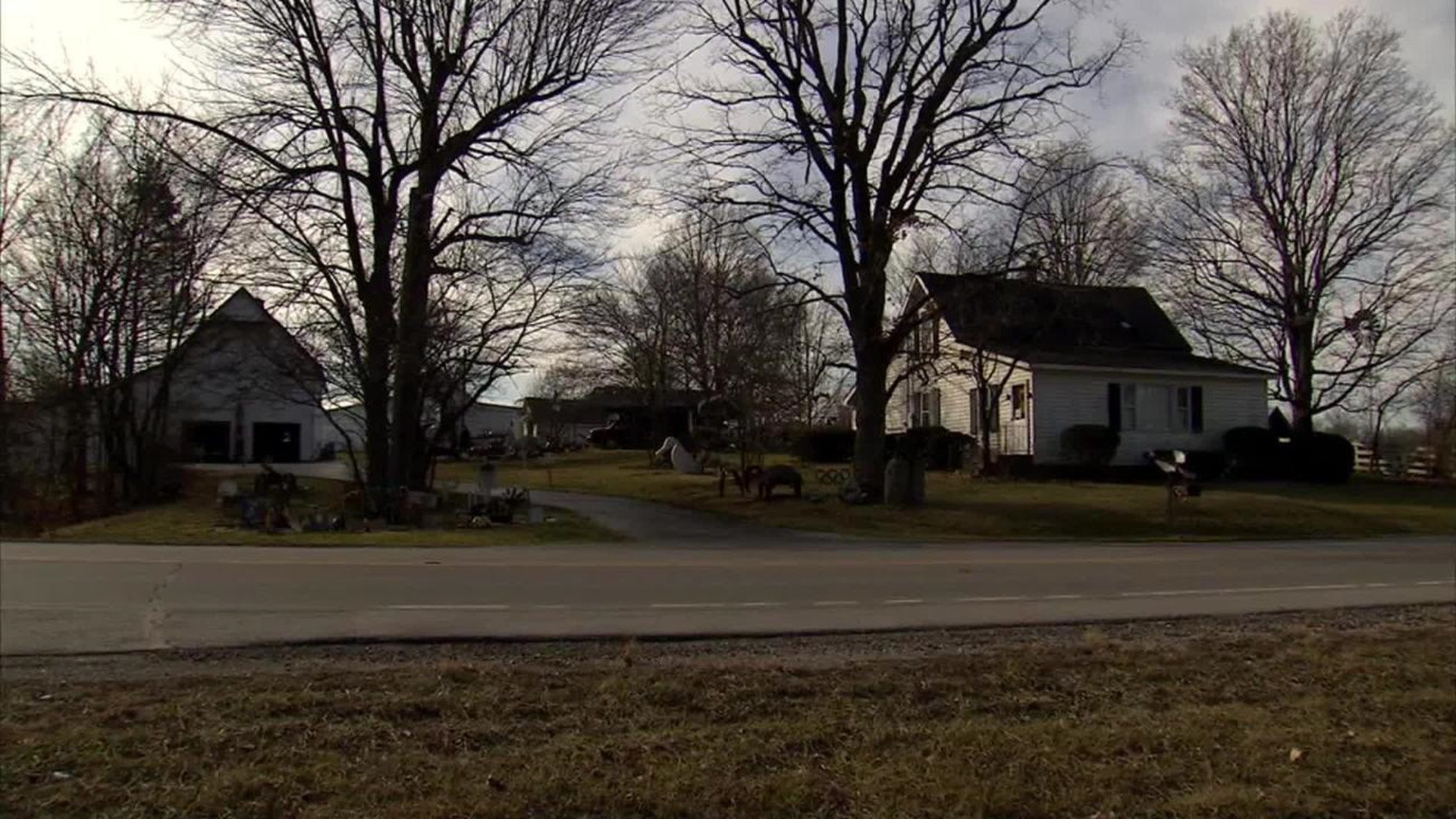 ZIONSVILLE (WTHR) - When most of us think of retirement, we think of a beach somewhere but not everyone is comfortable with that.

Only in Indiana Reporter Kevin Rader and photographer Ryan Thedwall found a man in rural Boone County who created a whole new life for himself.

Thousands of Hoosiers pass the Taylor farm in rural Zionsville every week. Ernie and Dottie bought the place in 1962, five years after they were married and as you might expect they have settled into a routine.

But at 88, Ernie's routine has lit a spark in his retirement and this is where his ideas are hatched. Just outside the chicken coup.

"I just pick stuff out of it and make something out of it. Some things turn out good and some not so good. What the heck," he shared.

The nice thing about being a farmer is you have acres and acres of opportunity to display your work.

"This guy has personality," Taylor says as he brings the golf cart to stop.

"No, the moose," he clarifies.

"It's quite an attraction," his 89-year-old wife Dottie brags.

Which was proven a minute later by an all too familiar knock at the door.

"I've driven by your stand for many years. You had a beautiful stand with an eagle on it. Did you sell that?" a passerby asks.

"No, I don't sell anything," Ernie answers shaking his head.

"You don't sell anything, you just make it for looks," she rationalizes.

"Who was that," Dottie asks as her husband reenters the house.

"A lady wants to buy an eagle," he responds.

"Did you sell it to her?" she wonders.

He refuses to sell. Doesn't want to dicker over the price.

A lot of wives would say what the heck are you doing building all this stuff out there, but Dottie seems okay with it.

"Keeps him out of the kitchen," Dottie says.

"Do you consider yourself an artist?" Rader asked Ernie, walking by some of his creations outside.

"No, I consider myself a hillbilly. I'm a hillbilly," he says with a snicker.

A hillbilly with a hobby.

"Some think that turtle is the best. Some the dinosaur. Some the globe. Everybody has a different idea what their favorite is you know but I just like them all," he explains to me.

Funny, so does the older woman in his life.

"I don't have a favorite piece," Dottie says. "I kind of like them all."

"Okay, I think we've got a bird," Ernie says as we flash back to his work out by the chicken coop.

That's good, because there is always another one in the works.

"We got a pitch fork, bicycle fork, parts off an old corn planter and this was a ball bearing," he proudly denotes.

But just because his creation for this day is complete doesn't mean his day is done.

"How much is that doggie in the window," he croons as he strums his guitar at the kitchen table. The ten-year-old dog Buster doesn't even look up from his nap.

"That's the kind of serenading I get. I don't get no love songs," Dottie says shaking her head.

But that shouldn't surprise anyone here. After all the sign outside the house explains it all. It reads, "It is what it is."

If you want to see all these creations for yourself, just go east of Michigan Road on State Road 32 and you will see it on the south side of the road.