Only in Indiana: Circle of Lights tradition spans Indianapolis generations

The Soldiers and Sailors Monument is always at the center of it all in Indianapolis, but this time of year it also takes center stage. 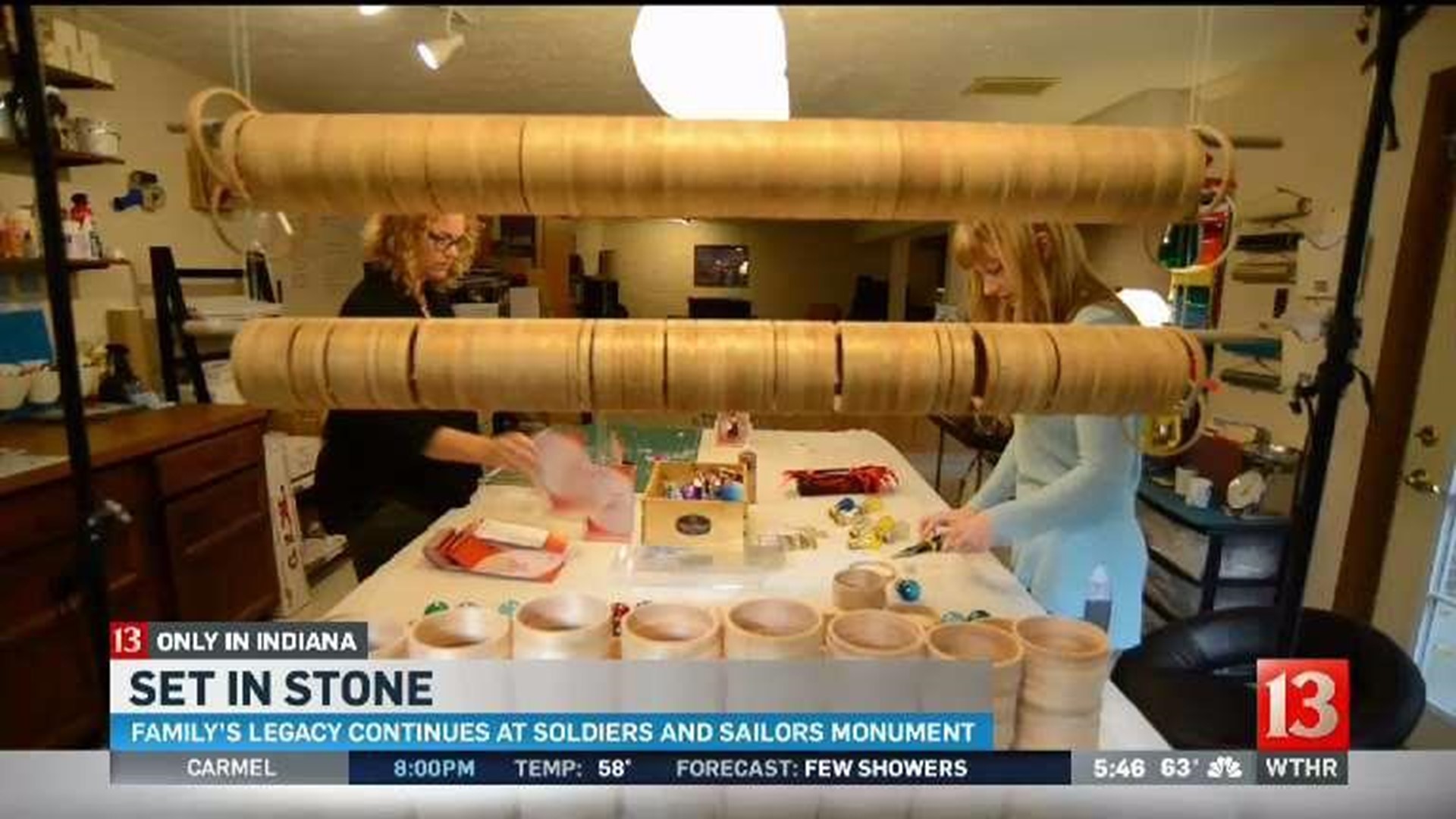 INDIANAPOLIS (WTHR) - We are getting closer to one of Indiana's greatest holiday traditions: The Circle of Lights.

The big moment is when they throw the switch and light up the monument.

It turns out there are family ties that were there in the beginning and are still there today.

"It's kind of fun to think about. How many people got proposed to or how many people brought their kids for the first time to it when they moved to Indianapolis," Kelly Douglas with Past Unique Everyday Heirlooms said.

Every year, volunteers check the strands of lights to see what bulbs need to be replaced. The color of each bulb represents a different branch of the military: Green for Army, white for Air Force, blue for Navy, red for Marines and yellow for Coast Guard.

Very soon, all of these bulbs will be replaced with new LED bulbs. That is where Laura Madden and Kelly Douglas come in.

"We are doing ornaments," Douglas continued.

Laura Madden and Kelly Douglas are creating memories from the old burned out bulbs that for years would have been thrown away. You can buy one of these for your Christmas tree at the downtown Indianapolis Carson Pirie Scott.

"It's the Circle of Lights so we felt there had to be some sort of echo of that, so we have the circle around the bulb itself and that is what we are selling is the light bulb," Douglas described as she held the ornament in her hand.

"Now I am crafting something with my own hands to help beautify that monument. To me it is an incredible honor to do this," Laura Madden stated.

Especially since her husband’s great grandfather who immigrated with his family from Germany helped build it.

"He grew up as a stone carver in St. Louis he read in the German newspaper they were looking for artisans to come to Indianapolis and work on the big monument they were constructing and he did," Madden explained.

His handiwork was featured in a newspaper article in 1971, 100 years after his birth. His name W.A. Kriner. Wilhelm Kriner is engraved on the monument's 96th step.

"I know for a fact he carved the soldier by himself, but I am sure he did all of the soldier scenes that surround it," Madden noted.

So we should not be surprised. This is a family tradition set in stone.