A student at West Noble High School is getting the recognition he deserves after potentially saving a friends life during lunch earlier this week. 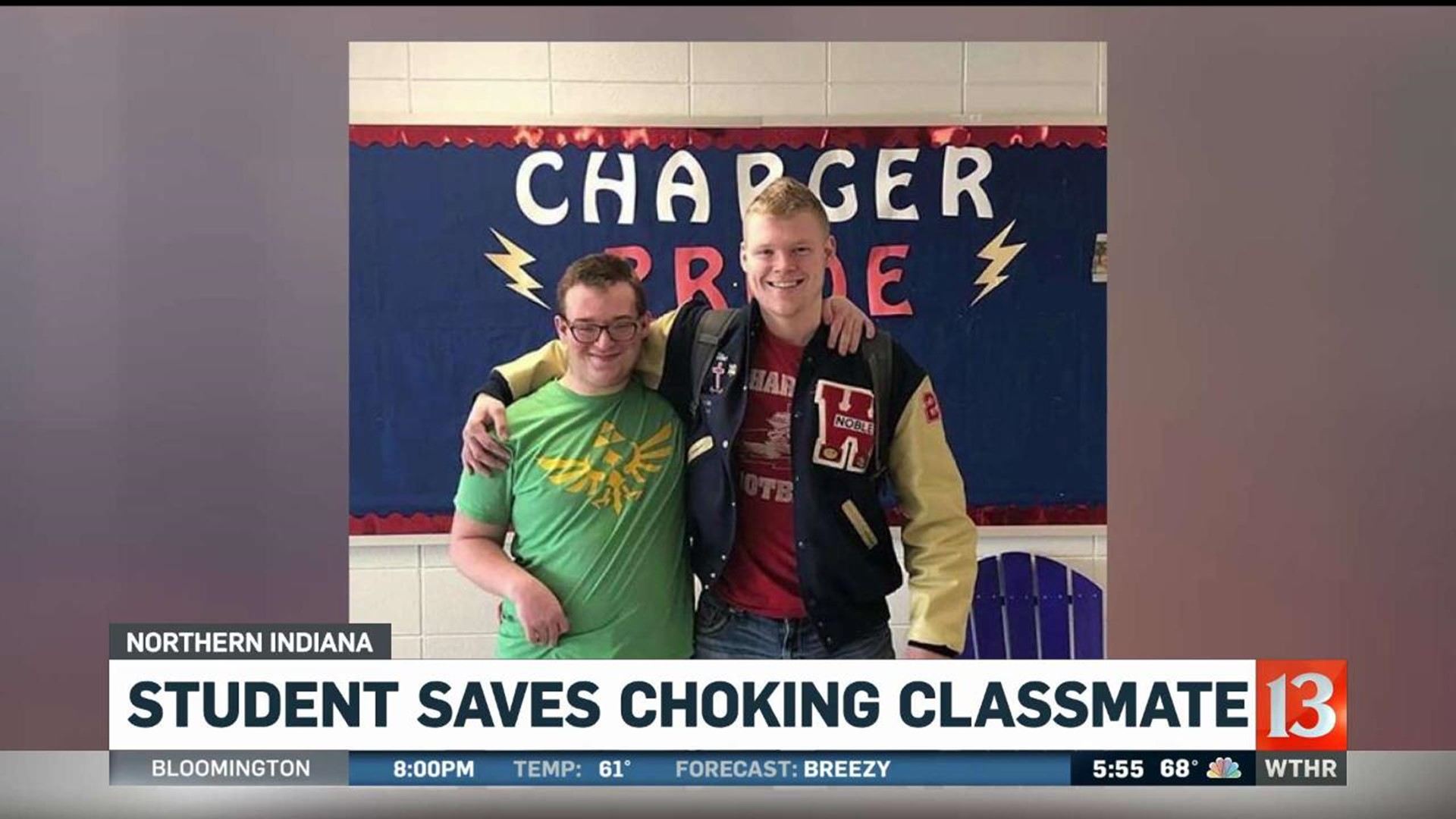 LIGONIER, Ind. (WTHR) — A student at West Noble High School is getting the recognition he deserves after potentially saving a friend's life during lunch earlier this week.

When Titus Allard noticed his friend and classmate, Carl Galloway, choking during lunch, he did what he had to do. Without hesitation, he performed the Heimlich maneuver on Carl.

The Noble County Sheriff's Department recognized Titus on Facebook, saying the community was proud of him.

But Titus didn't do it for the recognition. In fact, it wasn't until Carl told the principal about the incident that anyone knew what happened.

"Carl, after he put his lunch tray up, walked by the table and says, 'Hey, Dr. Baker, Titus saved my life,'" Principal Gregory Baker told WPTV, our NBC station in Fort Wayne. When Baker saw Titus and asked why he didn't mention it, Baker said Titus told him, "Well, I didn't think I needed to. I just did what I had to do and just went back eating lunch."

Carl is fine thanks to Titus' quick thinking.