State police are investigating the death of a man who was handcuffed at a crash scene in Delaware County. 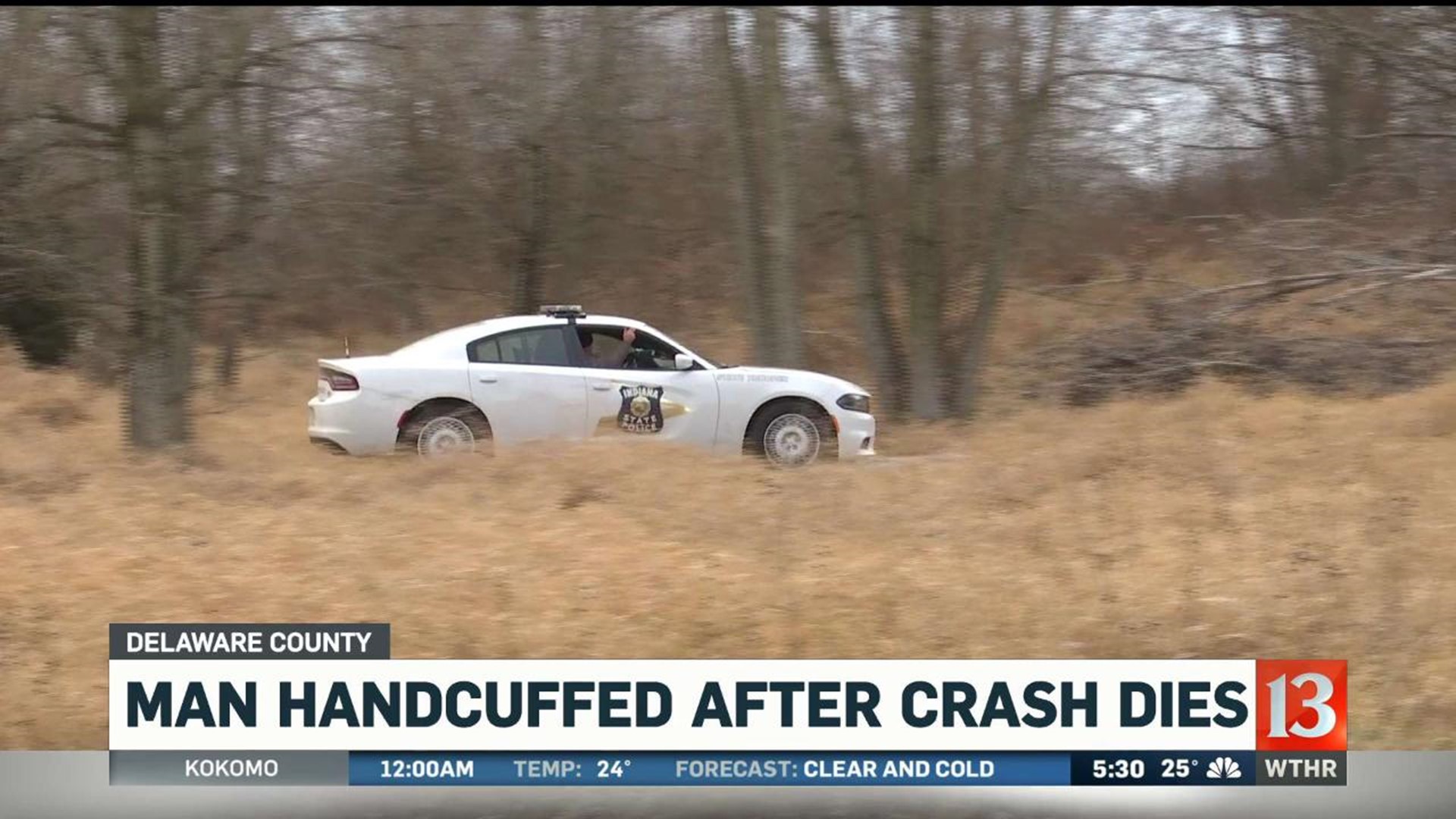 DALEVILLE, Ind. (WTHR) - State police are investigating the death of a man who was handcuffed at a crash scene in Delaware County.

Police and first responders were called to the crash on Interstate 69 near Daleville on a report that a car left the highway and crashed into a tree. Officers arrived to find 24-year-old Dion Crittle of St. Louis walking away from the scene and refusing to stop for police.

Investigators believe Crittle was driving south on the southbound ramp to I-69 from SR 67 when his car left the road, went through a fence and drove through a field before hitting a tree.

An officer put Crittle in handcuffs until police could determine what had happened. Police and firefighters later noticed Crittle was on the ground and unresponsive. They administered first aid and transported the man to the hospital where he was pronounced dead.

An autopsy found no injuries from the crash or from his arrest. The coroner is waiting on toxicology reports.