New solar park in Tipton to power more than 800 homes

One of Indiana’s newest solar energy parks is hard to miss. More than 17,000 solar panels line the north side of State Road 28 in Tipton. 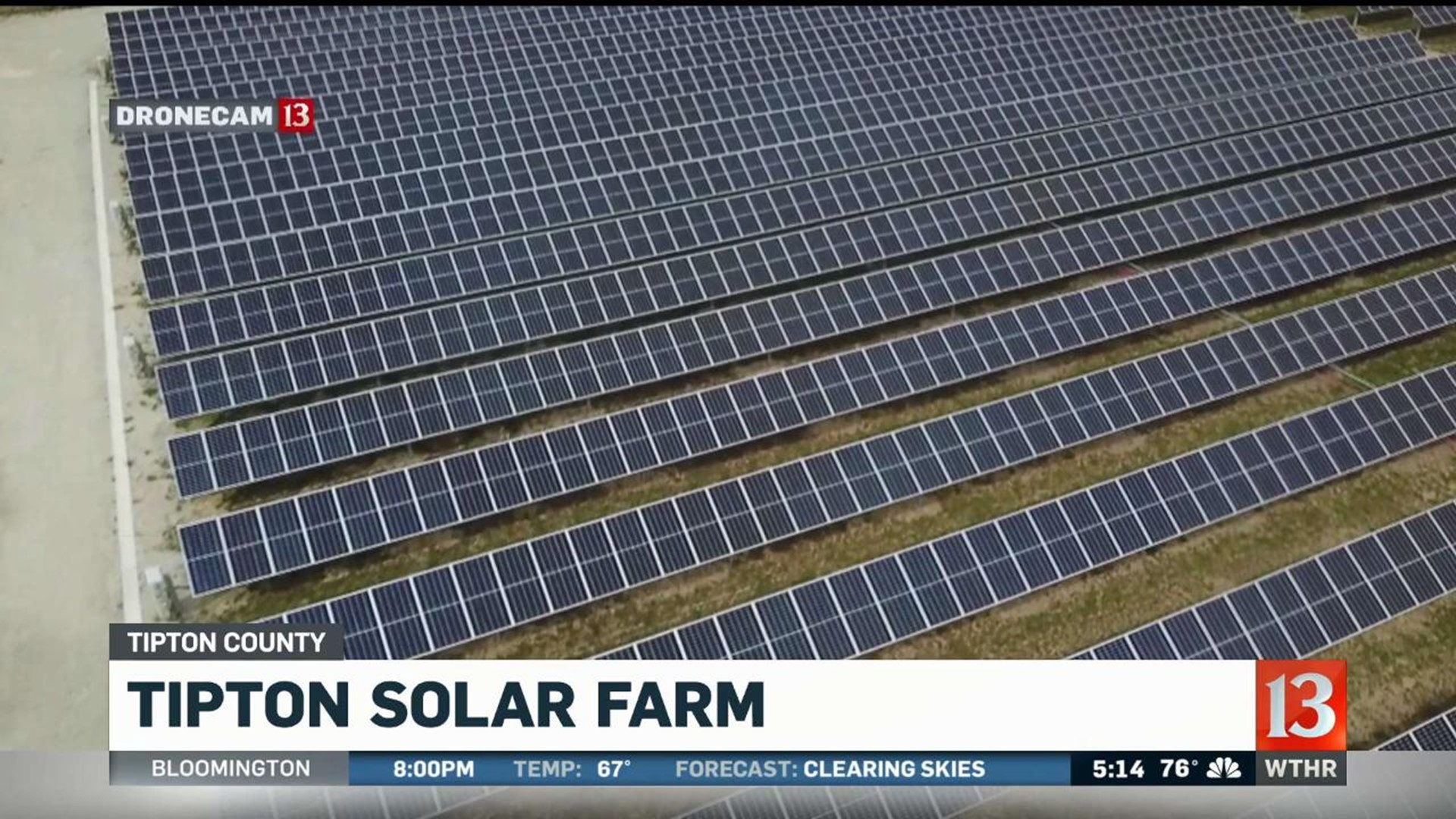 TIPTON, Ind. (WTHR) — One of Indiana’s newest solar energy parks is hard to miss. More than 17,000 solar panels line the north side of State Road 28 in Tipton. They generate enough energy to power about 850 homes.

“It’s the future,” said Dick Klein, a member of Tipton’s utility board who has worked to bring solar energy to his community for five years.

The park is built and operated by Indiana Municipal Power Agency, an energy co-op that has more that 60 member communities across the state, including Anderson and Richmond. The agency has fired up larger solar parks in those communities and 18 others since 2014. A spokesperson said there are plans for 17 more solar parks by 2021.

“We have a different mix of coal, gas, unclear, wind and solar,” said Jack Alvey, executive vice president and chief operating officer at IMPA. “Today, the solar and wind prices have come down we’re able to increase that percentage of our portfolio.”

Alvey said solar, by itself, doesn’t lower rates, but when added to their portfolio, it has “led to successes we’ve had in keeping rates low.”

The move aims to cut down on pollution, reduce dependence on coal, and stabilize energy costs. Last year, Indiana ranked third in the nation for its use of coal to generate electricity.

“What takes its place?" Klein asked. "It has to be something. So this is going to be the answer to a lot of the problems."