Linda Hublard has found no shortage of jobs - and parental support - as she tries to help her son pay off his legal debts. 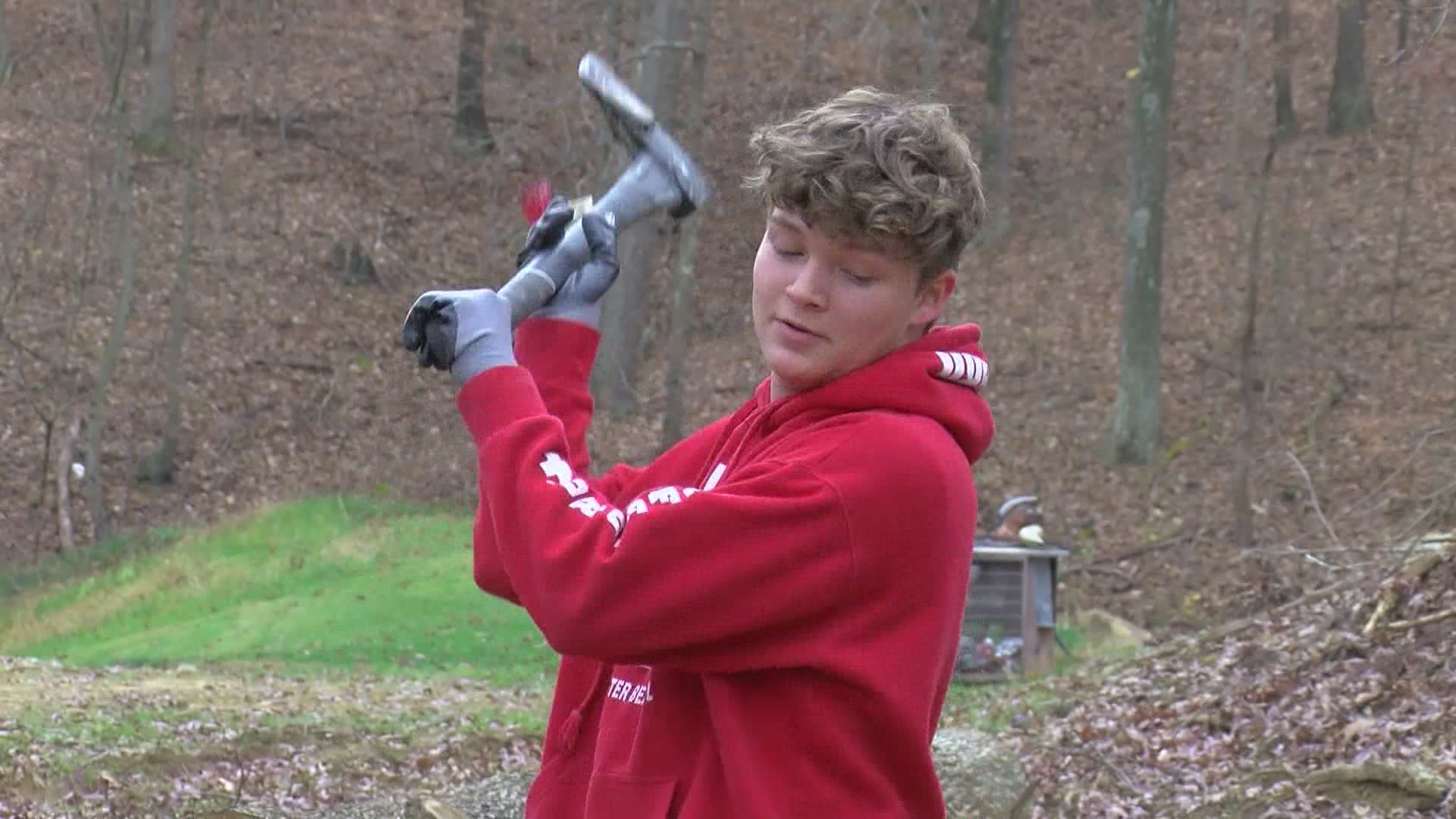 NEW ALBANY, Ind. — A southern Indiana mom turned to Facebook to teach her teenager a lesson after a vandalism arrest.

Linda Hublard was shocked when she found out her 14-year-old son, Gavin, and his cousin broke into the Sellersburg pool and stole a sign. The boys were charged with vandalism and now face fines and legal fees Hublard said she won't be able to pay out of pocket.

“He and his cousin he was with are both good boys, it was so out of character. I was shocked,” she told WAVE-TV. “I don’t know exactly how much but I know it’s going to be at least several hundred dollars."

Wanting to teach her son accountability, Hublard said she told Gavin he'd have to raise the money himself. He turned to family and friends to pick up odd jobs, but his mother had bigger ideas.

“I wanted the punishment to fit the crime and serve a dual purpose,” she said. “It might be embarrassing but I want him to own every aspect of what he did.”

Turning to Facebook, Hublard asked neighbors if they had any paying yardwork for her son. She received nearly 200 replies, including job offers and compliments on her parenting.

Hublard was overwhelmed by the positive tone to the comments.

“It makes me feel a lot better that so many other parents say I’m doing something positive for him," she said.

As Gain helped one neighbor split and stack firewood, his mother was keeping an eye out for his next task. She hopes her son learns his lesson with each job he picks up.

“There’s always more jobs that need to be done, so he’s going to be doing jobs for a while now,” she said.

But even after the teenager raises money to pay off his debt, there will be one more lesson - Hublard said any extra money he earns will be donated to children in need this Christmas.