Neighbors concerned and outraged after receiving racist flyers in Bedford

Just two days into the new year, a Bedford mother said she found an unwelcome message someone had left for her. 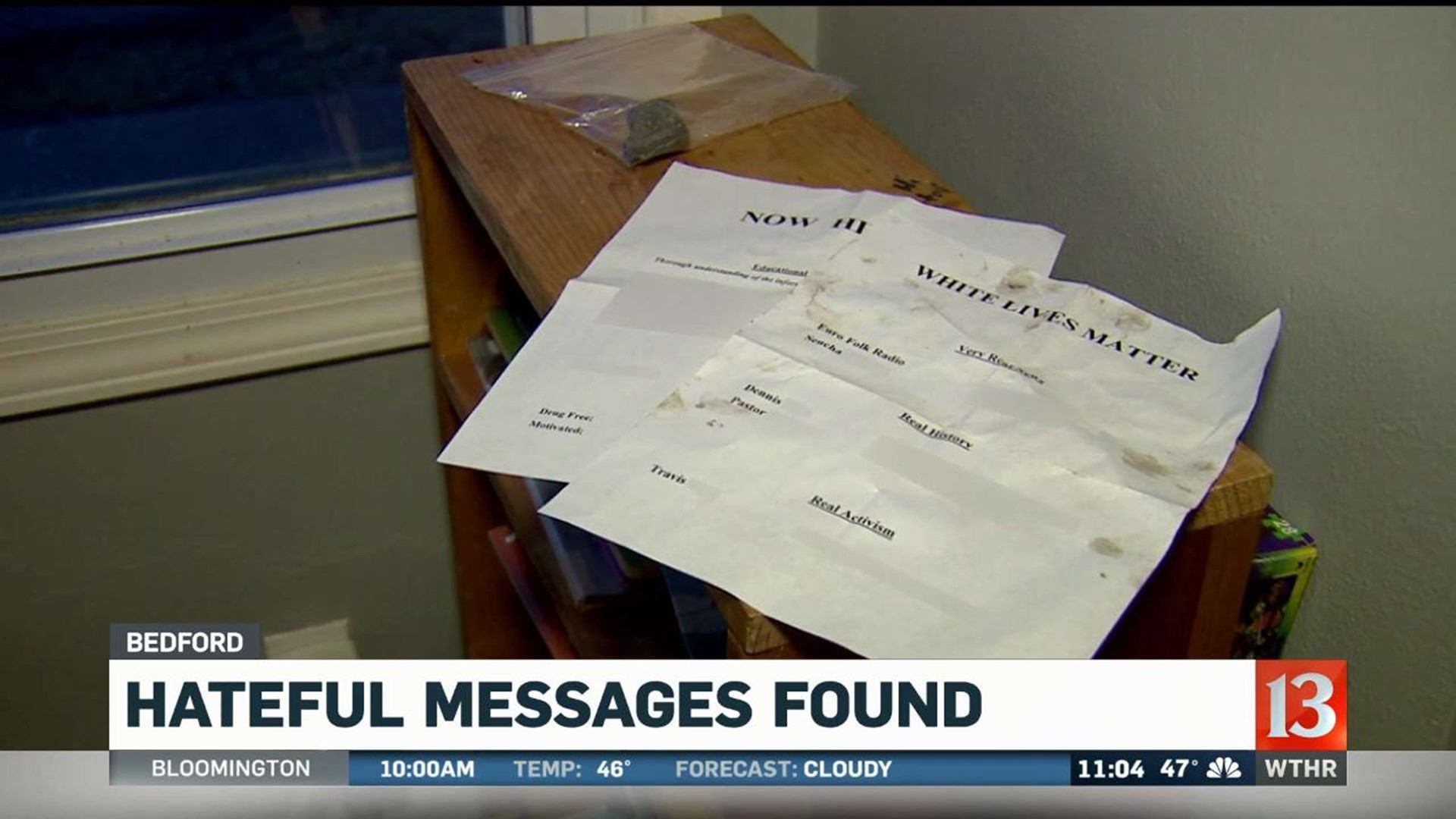 BEDFORD, Ind. (WTHR) - It wasn't what Kristen Hayes was expecting to find in her driveway.

"I saw a Ziploc bag that had a rock and a sheet of paper that was folded in fours," Hayes said.

Just two days into the new year, Hayes says she found an unwelcome message someone had left for her.

"It had a sheet that said 'White Power. Get some' and the swastika was in the middle and it shocked me," Hayes explained, saying she thought someone had targeted her family in a neighborhood in Bedford's north end of town.

"I do have a biracial son, so I really was heartbroken, thinking it was an isolated case," said Hayes.

Turns out, Hayes wasn't the only person with something waiting in their driveway.

Other neighbors shared with Eyewitness News that they also received the same kind of plastic bags with rocks inside and other flyers with links to white power websites listed on them.

"My grandson, 9 years old, came in with a bag with a rock in it and handed it to me," explained Denise Barnett, saying the flyer inside the plastic bag left on her driveway said, "No White Guilt," while listing other websites linked to white power idealogies.

"We told the police, we don't take this lightly. We're serious about this," said Barnett, explaining she called police and made a report.

Hayes also reported the flyer she got and said she knows of at least three other families in the neighborhood who received plastic bags with similar messages inside.

Hayes said she hopes they can find whoever is responsible. She knows she'll sleep better if they do.

"If something like this happens, we can't just stand by and let it happen. You have to fight back," said Hayes.