Navy warship to be named after late Sen. Richard Lugar

The U.S. Navy has agreed to name a warship in honor of late U.S. Sen. Richard G. Lugar. 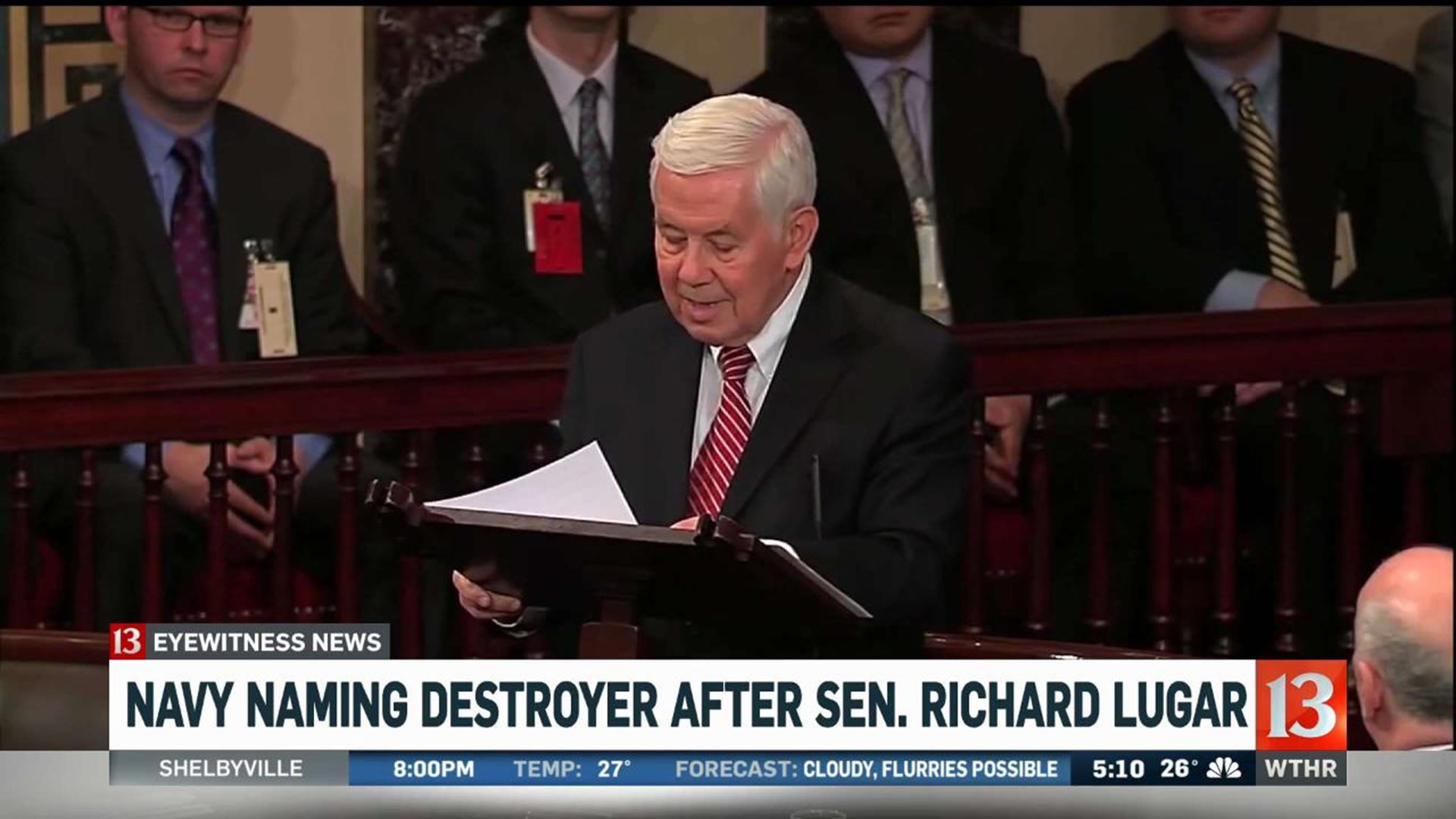 INDIANAPOLIS (AP) — The U.S. Navy has agreed to name a warship in honor of late U.S. Sen. Richard G. Lugar.

Sen. Todd Young announced Wednesday that Navy Secretary Richard Spencer and members of the Lugar family will attend a private naming ceremony for the USS Richard G. Lugar at the Indiana War Memorial in Indianapolis on Monday.

Young and fellow Indiana Republican Sen. Mike Braun introduced an amendment to the National Defense Authorization Act in June that called for the Navy’s next unnamed Arleigh Burke Class Destroyer warship to be named in honor of Lugar, who died in April at age 87.

Lugar volunteered for the Navy and served his country as an officer from 1957 to 1960, including as an intelligence briefer to then Chief of Naval Operations Admiral Arleigh Burke.