Indiana has a deep history involved with everyone's favorite popped corn kernels. Matt McCutcheon shows you what we mean. 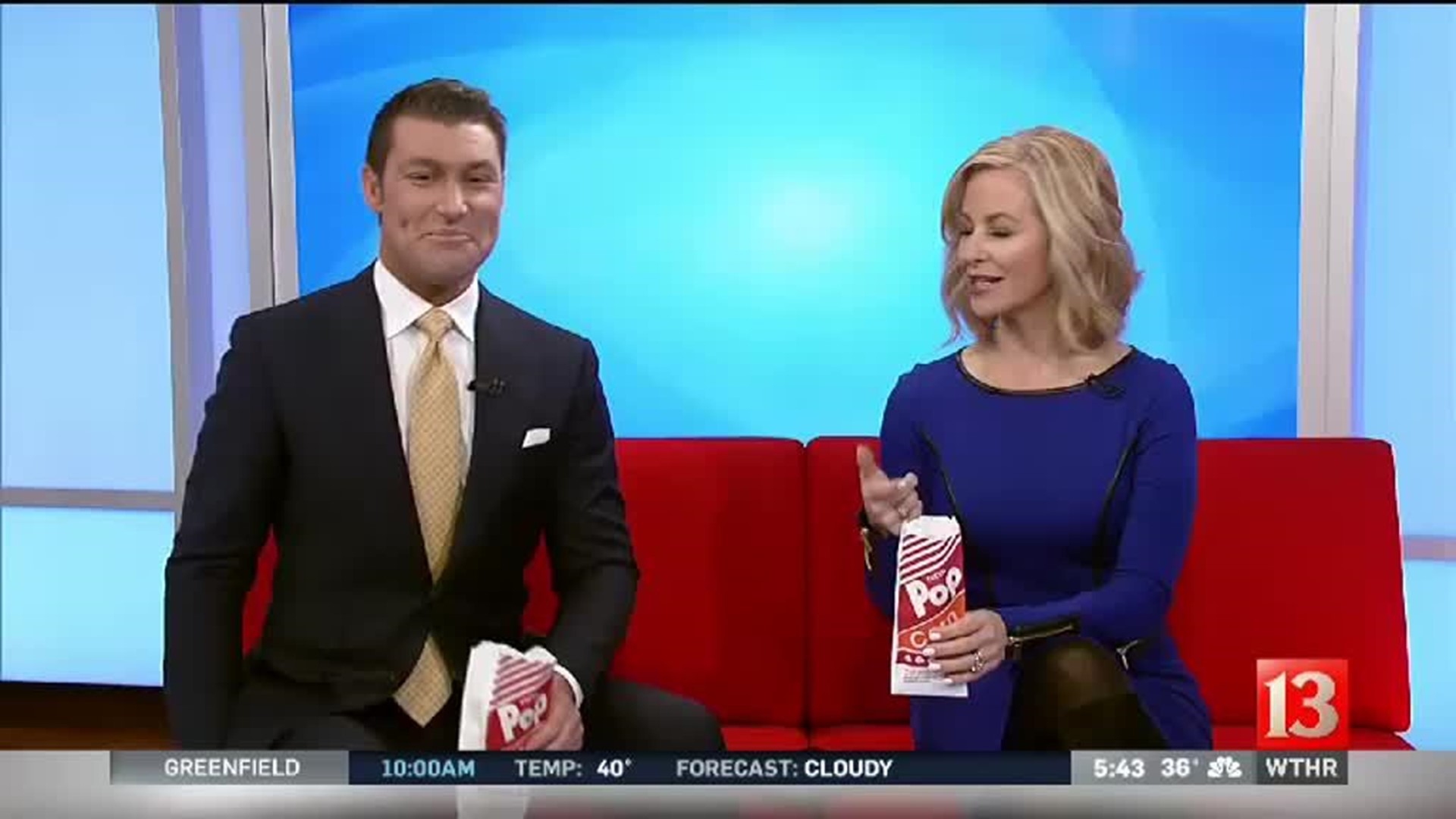 INDIANAPOLIS (WTHR) - You may not know it, but Thursday is National Popcorn Day, and what may further surprise you is just how big of a role Indiana plays when it comes to the popular snack.

The Hoosier State comes in second for the amount of popcorn produced in the nation. Government numbers show Indiana farmers produced 151 million pounds of shelled popcorn in 2012.

Cousin Willies and Orville Redenbacher are two of the best known microwave popcorn brands and they both started in Indiana.

Ramsey, Indiana is where the Sieg family started selling popcorn in 1944. Expanding into microwaveable popcorn in the 1980's, the family named the brand after Wilfred Sieg, calling it Cousin Willies and using Wilfred on the package to show it's a “down-home country brand,” according to the company’s website.

Then there's Orville Redenbacher who was born in Brazil, Indiana in 1907 and went on to college and became a graduate of Purdue University. In 1944, he started selling popcorn to supermarkets and his success took off from there, making him a household name.

There's even a Popcorn, Indiana – which is both a town in Lawrence County with a population of 42 people, as well as a brand name. The corn grows in Popcorn and is later popped and seasoned with flavors like Smoky Queso, Himalayan Pink Salt, and Dark Fudge Pretzel.

A number of gourmet popcorn shops have popped up with everything from typical flavors to more exotic creations. Inga’s Popcorn in Zionsville and Bloomington offers dozens of flavors, like White Volcano which is described on the company's website as "Habanero, ghost pepper and red pepper stirred into the white cheddar for those fearless who like to feel the burn." On the sweeter side, there is even a birthday cake with icing flavor described as "blond caramel popcorn mixed with colorful sprinkles and then drizzled with an icing flavored with cake mix."

The Cornival Popcorn Shop inside Washington Square Mall is another popular choice. The business offers more than 100 flavors from butter pecan to spicy nacho and Cajun cheddar. Cornival is a family-owned operation and its flavors are "complementary to what would be offered in a festival or Carnival environment," according to the company’s website.