Michigan City Mayor Duane Parry is in hot water after inappropriate comments recorded on a call he thought he had hung up surfaced on social media. 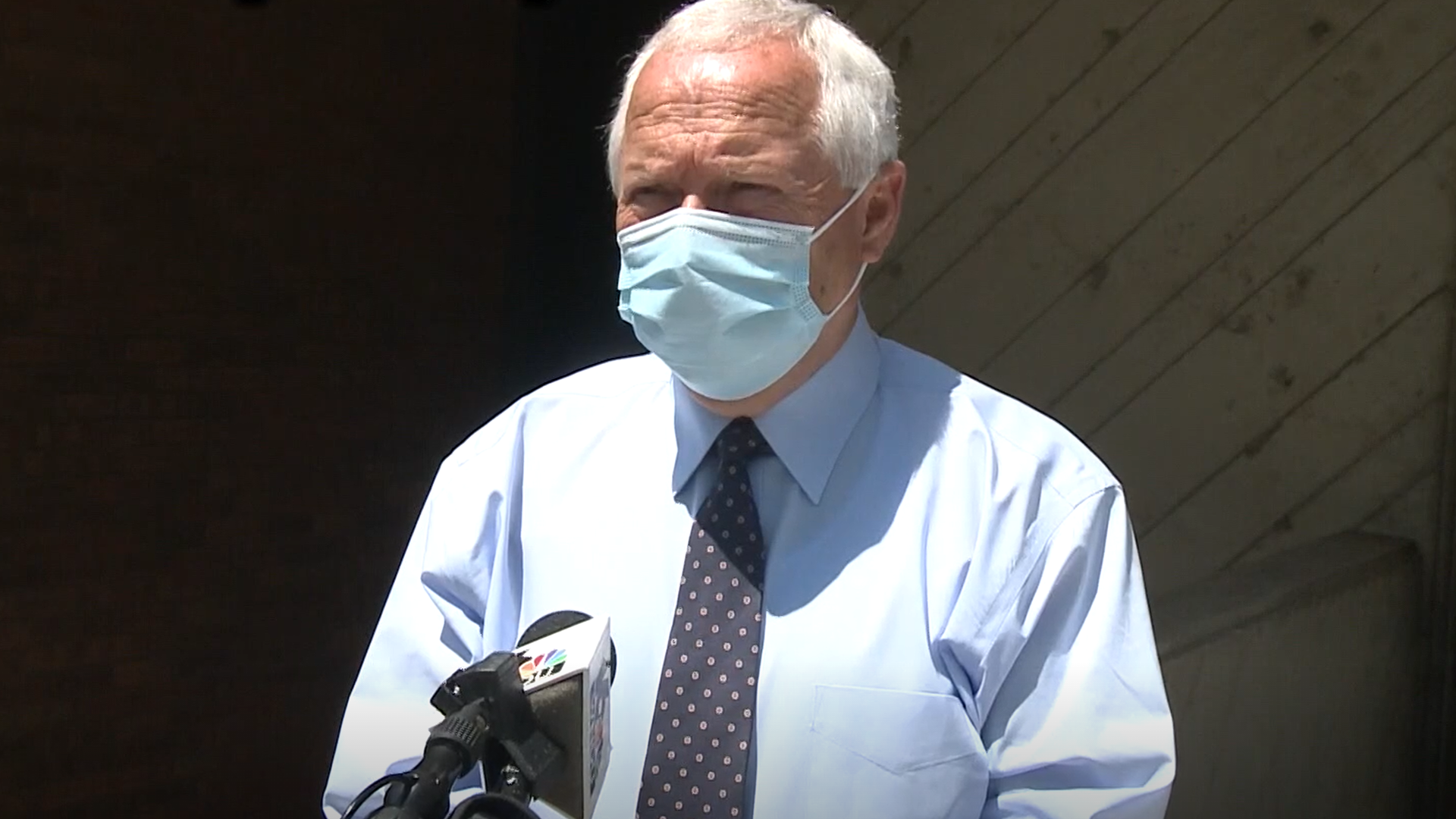 MICHIGAN CITY, Ind. — Some Michigan city residents are calling on Mayor Duane Parry to resign following racially insensitive remarks he made in a voicemail after it appears he didn't realized the phone was still recording.

Parry was leaving a message for a local Black pastor on Friday, March 12 when he made the comment.

That's what Parry can be heard saying on a message after he thought he had already hung up the phone.

Dozens of people filed outside city hall Tuesday for a peaceful rally to protest Parry and plead for him to leave office.

"If the head talks that way, it actually gives permission to anybody that's under them to talk in the same manner," said Pastor Dwayne Hurt of New Covenant Outreach Ministries.

The recipient of the voicemail was Pastor James Lane.

"I actually listened to it about four or five times because I was in shock and disbelief," he said.

Lane believes the mayor was responding to a live video he had posted on his Facebook page, announcing fellow local pastors would be holding a panel that night about the mayor's recent comments regarding the city's police chief — comments the ministers deemed to be racially insensitive.

Lane said the pastors had been trying to meet with the mayor all week, but he reportedly never responded until that voicemail.

"He didn't realize that the phone wasn't hung up and unfortunately he said a very bigoted statement that is very hurtful and very harmful, especially to the community in which he serves," Lane said.

Those comments by Parry — a Republican — were condemned by LaPorte County Republican Chair Allen Stevens, who spoke at the rally Tuesday.

When asked if he thought Parry should resign, Stevens said it was ultimately a decision Parry was going to have to make for himself.

"He's going to have to have a 'Come to Jesus' moment and evaluate what the right thing to do is," Stevens said.