A former sales manager at a Mercedes-Benz dealership in Lafayette is now suing the business for racial discrimination. 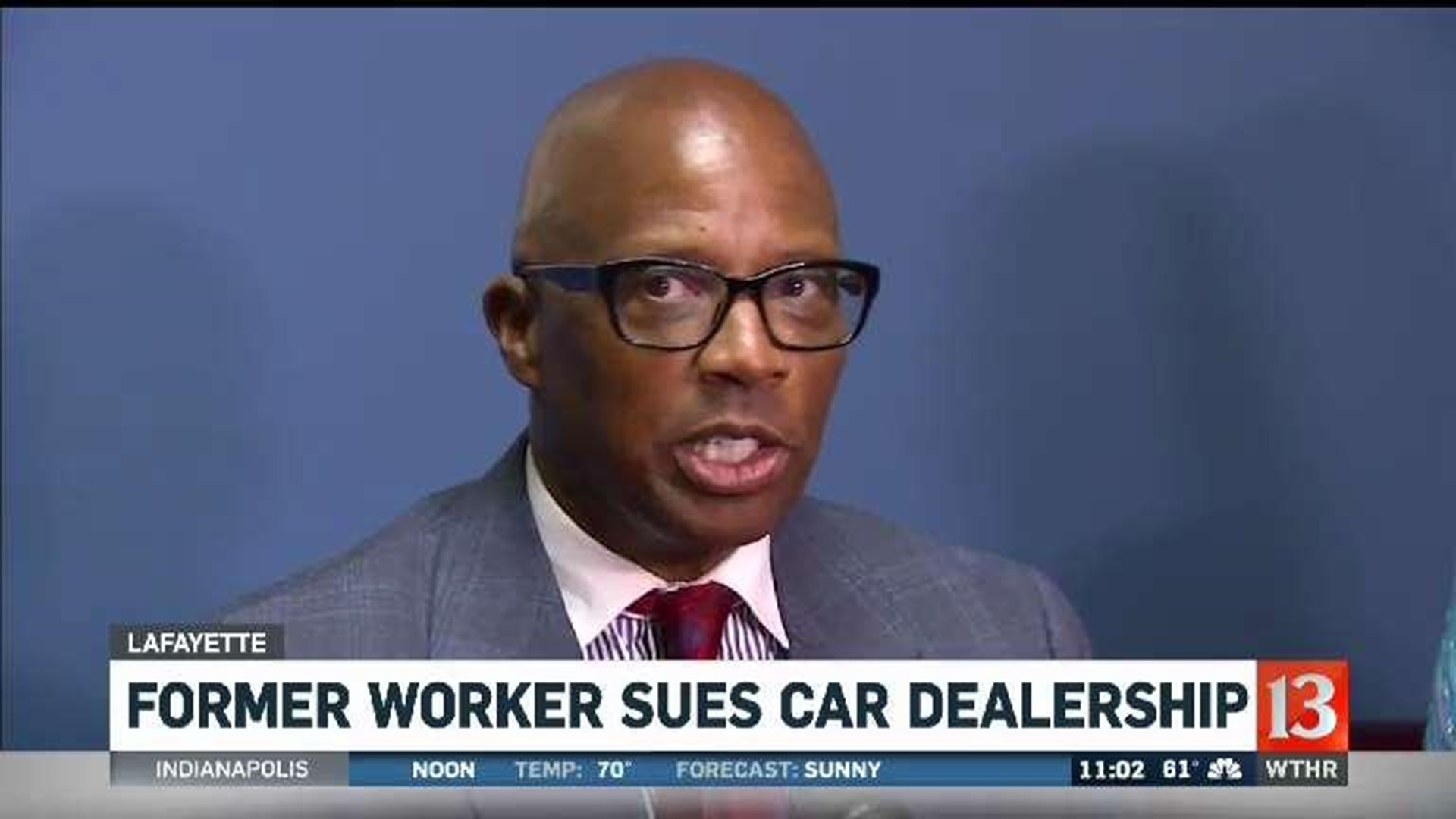 LAFAYETTE, Ind. (WTHR) – A former sales manager at a Mercedes-Benz dealership in Lafayette is now suing the business for racial discrimination.

The lawsuit against his former employer alleges he was "fired in retaliation for complaining about the owner’s repeated use of the N-word, including boasting about systematically overcharging African American customers for vehicles, referring to it as 'n***er scalping.'"

According to the attorney, their client immediately took offense and reported it to Mercedes-Benz of North America. However, after reporting the racial slurs, the complaint alleges he was fired for insubordination.

According to the lawsuit, Jeffrey Turner had been subjected to a hostile work environment because of his race.

"His race was a regular subject of unwelcome verbal harassment, being referred to as the 'favorite n***er.' He was also a target for anger over unrelated racial issues," the attorney states in a press release.

According to the firm representing Mike Raisor Buick GMC Cadillac Inc., Raisor acknowledged using a phrase with a racist term during a sales meeting. He claims the statement was only used once and it was not made in reference to Raisor's African American customers or employees.

The federal lawsuit filed in the Indianapolis Division of the Southern District of Indiana seeks damages and a trial by jury.

"I worked very long and hard to attain that position. I wasn't about to quit," said Turner.

Instead, Turner, was fired two years ago.

"Their mantra is the best or nothing, but at this particular moment, I don't think they're the best," said Turner, alleging that despite being a top performer with outstanding performance awards, he was fired for reporting allegations that the dealership's owner Mike Raisor frequently used the N-word.

"He said it multiple times, like 6 or 7 times," said Turner, describing an alleged incident two years ago, where he claims Raisor used the term

When others heard it too, Turner says they excused it with "Mr. Raisor, he's old and he was raised in a different generation than we are. He didn't mean anything by it," Turner claims other employees told him.

Turner also claims his boss lashed out in front of him regarding the NFL controversy surrounding African American players kneeling during the national anthem.

In a letter to the Indiana Civil Rights Commission, the dealership's attorney denies Raisor violated any employment laws or used the phrase. The letter says Raisor used the phrase "an N-word in the wood pile," one time in a meeting, but it was not directed at Turner.

Eyewitness News called the office of the attorney that sent the letter. We were told they no longer represented Raisor. When Eyewitness News contacted Raisor directly via phone about the lawsuit. he told us "No Comment."

We also reached out to Merecedes Benz and are still waiting to hear back.

Turner is speaking out though, claiming the issue is systemic and needs to change.