An alert cashier in a small southeastern Indiana town captured a priceless "pay it forward" moment. 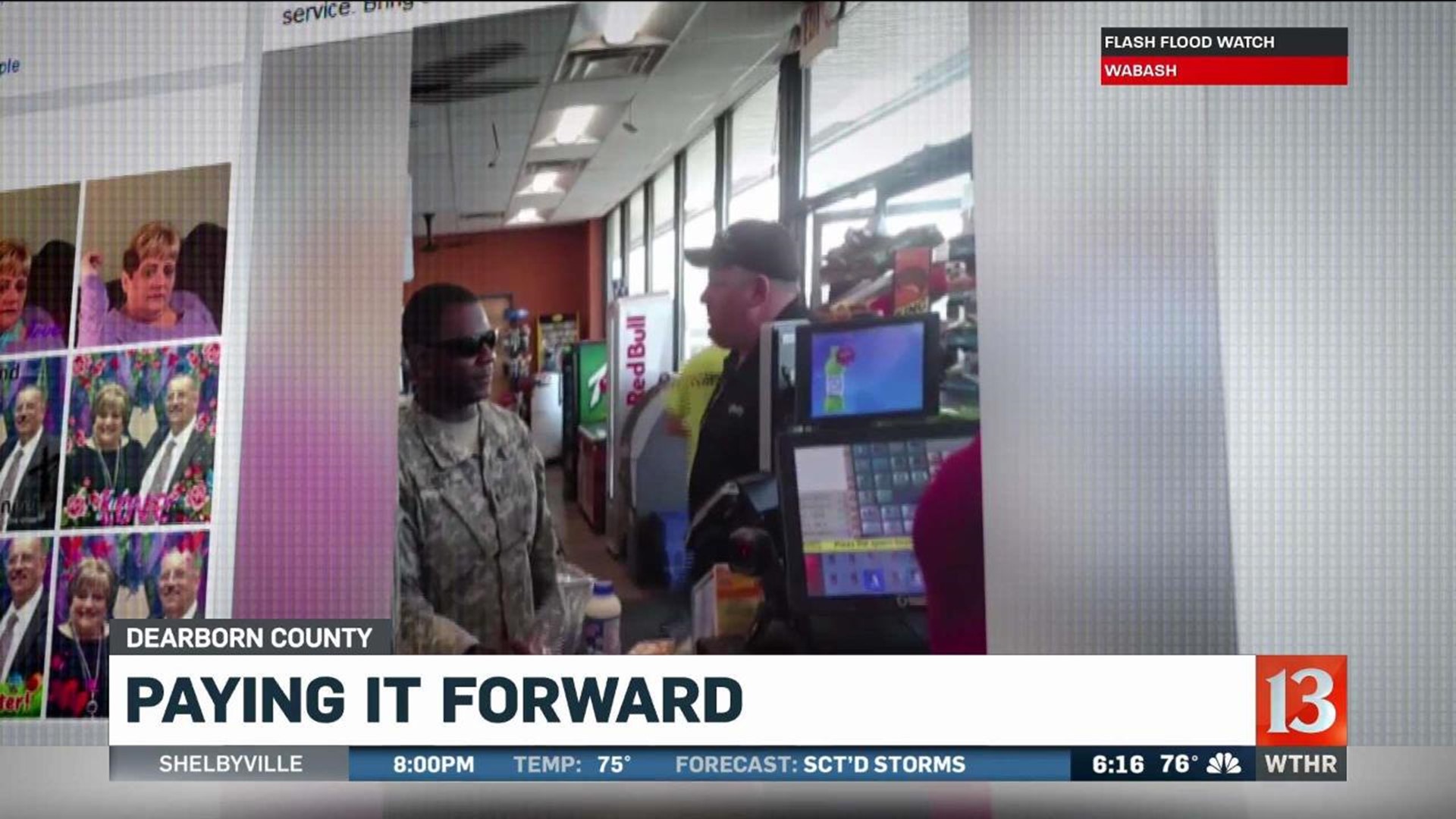 Darlene Davis recorded a customer at an AmeriStop in Greendale buying soldiers armloads of drinks and snacks. That customer told Eyewitness News he couldn't pass up an opportunity to say thanks.

"Come up here," Mike Kestermann said over and over in the video. "Get up here." Giving polite orders to a to a convenience store full of soldiers while waving them up to the cashier.

Their money was no good. Kestermann's big heart and deep pockets paid each and every one of their bills.

Kestermann grabbed the opportunity when he pulled into the AmeriStop fuel and food store. He saw a National Guard convoy and dozens of guardsmen stocking up on snacks.

"You are ready to head home, aren't you?" he asked one soldier.

Home after two weeks of training at Camp Atterbury.

"This is about you today," Mike told another soldier.

"Our young soldiers. Our young men and women the put their lives on the line every day they are doing this," Kestermann explained in the interview with Eyewitness News. "We have to show appreciation for what they are doing."

"Actually, I do it quite often," Kestermann said. "Like someone had told me. You just got caught this time."

"He didn't want anything back from it," Davis said. "He didn't know I was videotaping at the time."

Davis handled the camera while Kim, the store manager, ran the cash register.

"I just wanted people to see there are people out there who still care about other people," Davis said.

About 25 soldiers accepted Mike's generosity and thanks. The bill totaled $148. Mike said he didn't bother to notice, he charged it and left.

"Maybe somebody else might do the same thing," Kestermann said. "That would be a good experience."

Someone else did do the same thing and sooner than Mike may have thought.

Davis put her smartphone down and picked up the bill for the next round of soliders that showed up with a second convoy. She said her son and daughter served in the military.

She didn't reveal the bill for her act of kindness, but said the soldiers' commander came into the store and thanked her with a hug that brought tears to her eyes.