A Shelbyville man is dead and Police aren't sure whether they shot him or he killed himself. 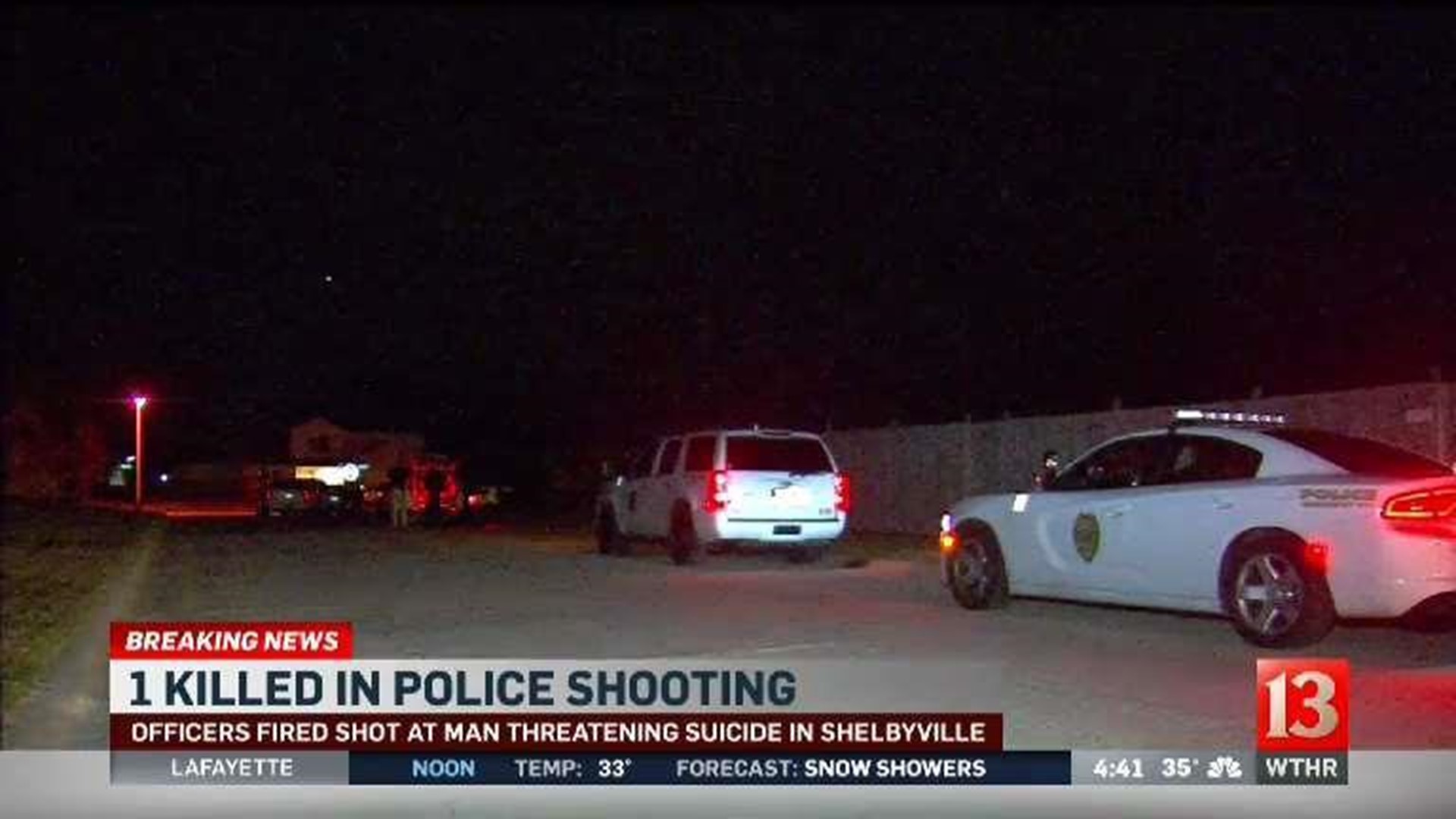 SHELBYVILLE, Ind. (WTHR) - A Shelbyville man is dead and police aren't sure whether they shot him or he killed himself.

By all accounts from neighbors, 64-year-old Steven Oliger was a nice friendly man who was always smiling and waving as they drove by.

"It's pretty much a shock," said Adam Kramer, a neighbor.

Diaz lives right across the street from Oliger and his wife.

"My youngest daughter went inside my room and said mommy, I just heard two blooms and she said mommy someone is doing fireworks," said Diaz.

What her daughter thought were fireworks were actually gunshots.

According to police, officers responded to a 911 call of shots fired around 10:30 Tuesday night. When they arrived, they found the homeowner, Steve Oliger, standing on the back deck with a revolver.

Officers in the back called out to an officer in the front. That's when Oliger fired a shot. The officer from the front came around and fired from his rifle in Oliger's direction.

Police say Oliger fell to the ground and was later pronounced dead from a gunshot wound to the head.

"It's inconclusive whether this gunshot wound was the result of the Shelbyville police officer. We're also in investigating the possibility that it might of been self-inflicted by the person that was holding the revolver," said Capt. Dave Bursten, Indiana State Police.

"It was a shock this morning when I found out something happen," said Kramer.

He lives down the street and just talked to Oliger last week when he saw him walking his dog.

"It was good we were just talking about the German Shepherd, he still a puppy so he still trying to get him under control, but it was a good conversation, really really nice guy, nice to me," said Kramer.