At IU Bloomington, school crews and outside contractors wrap up a busy day cleaning mold found in dorms at Foster and McNutt quads. 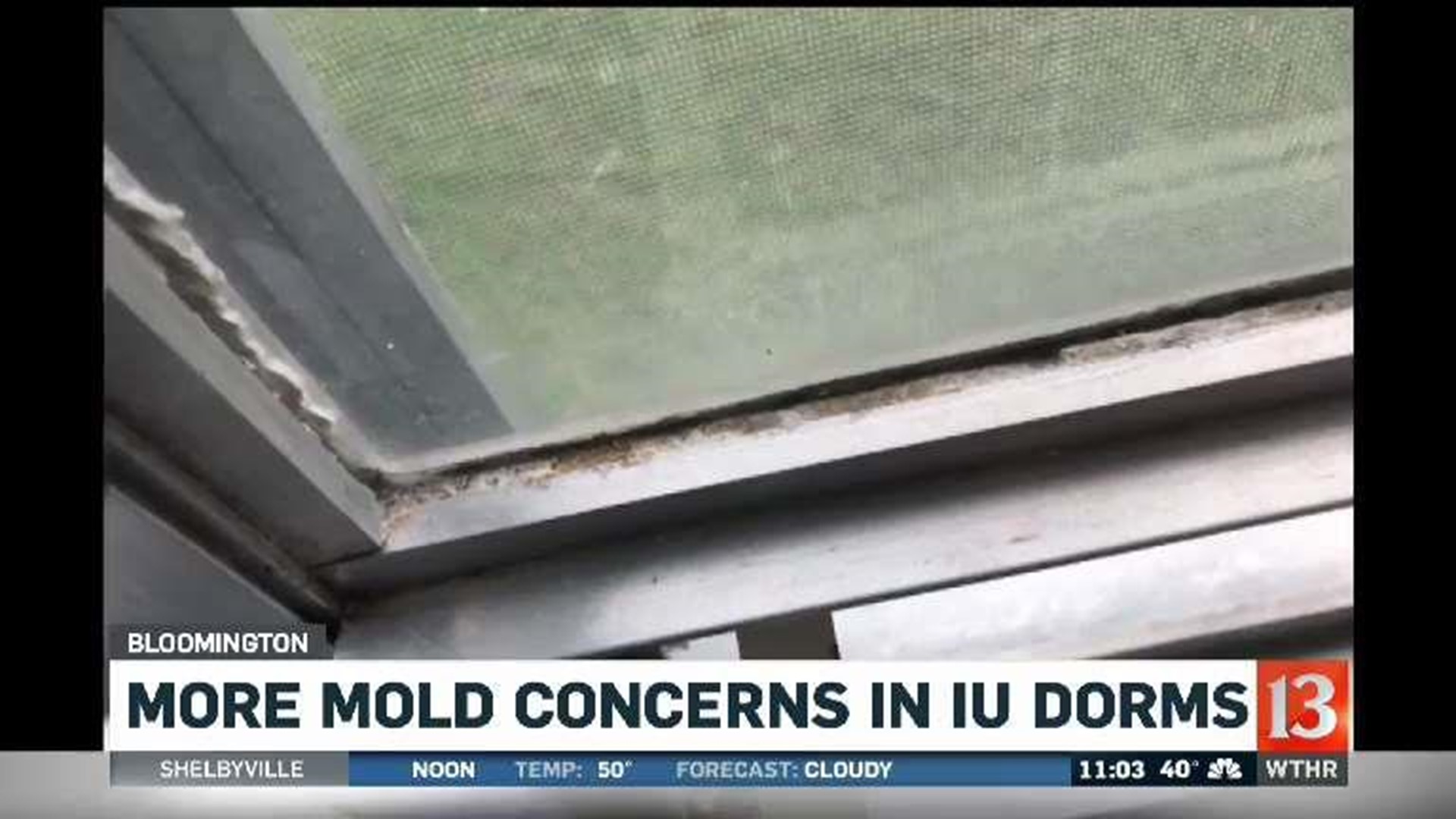 BLOOMINGTON, Ind. (WTHR) – At IU Bloomington, school crews and outside contractors wrap up a busy day cleaning mold found in dorms at Foster and McNutt quads.

"We’ve been sick for a month. And I started breaking out in a huge rash on my face," say IU freshman roommates Madison McGovern and Emma Ellingson.

Emma says another student's mother told her to get checked. She warned her that mold was already turning up in dorms and she was moving her daughter out.

Now, Emma Ellingson says, "I'm on three medications now due to the mold that is supposedly in my room. We are kind of unhappy about it right now."

By phone from her home in California, Emma’s mother Kelly says she’s frustrated.

"You feel helpless being over 2,000 miles away in San Diego and my daughter is in a dormitory closed down because of mold," said Kelly. "You feel very sad and I honestly feel like I wanted to jump on an airplane and couldn't. I can’t just get there.“

She feels let down.

Crews have checked 381 of those rooms and 285 tested positive for mold called aspergillosis.

"They did an inspection of my room this morning. Turns out my closet, it has mold in it," said Freshman Dhruvil Patel. "I was kind of nervous there might be mold on my clothes, growing on my clothes it’s really nerve-racking to see. Am I wearing mold?"

The University is offering free use of washers and dryer‘s to affected students. And in both Foster and McNutt - inspecting every dorm room.

Indiana University spokesman Chuck Carney says, "whether it’s got mold that is there or not it’s going to be cleaned up."

This involves chemical cleaning and in some cases pulling up carpeting. IU says the mold could be due to the hot, humid summer.

Dorm air conditioners ran heavily, creating condensation on vents and around windows where the mold grew.

The CDC says this mold is common and usually does not make people sick unless they’re asthmatic or have other issues like allergies.

"I’ve started to realize I’ve had to use my inhaler every day," said Madison McGivern. "And that hasn’t happened in two years."

Madison, Emma and about 200 students have been moved to temporary housing during cleanup.

"We won’t feel comfortable until we know the entire building has been like completely taken care of mold," says the freshman roommates.

"We went to allay any concerns that anyone has that their daughter or son is breathing air that is not safe," said Carney.

Carney says of the all-room inspections, "We think that we will be good-to-go once we have this done."