ISTEP+ is a mandated test that no one seems to like and that everyone wants to replace, but in the meantime, scores effect students, teachers, schools and whole communities. 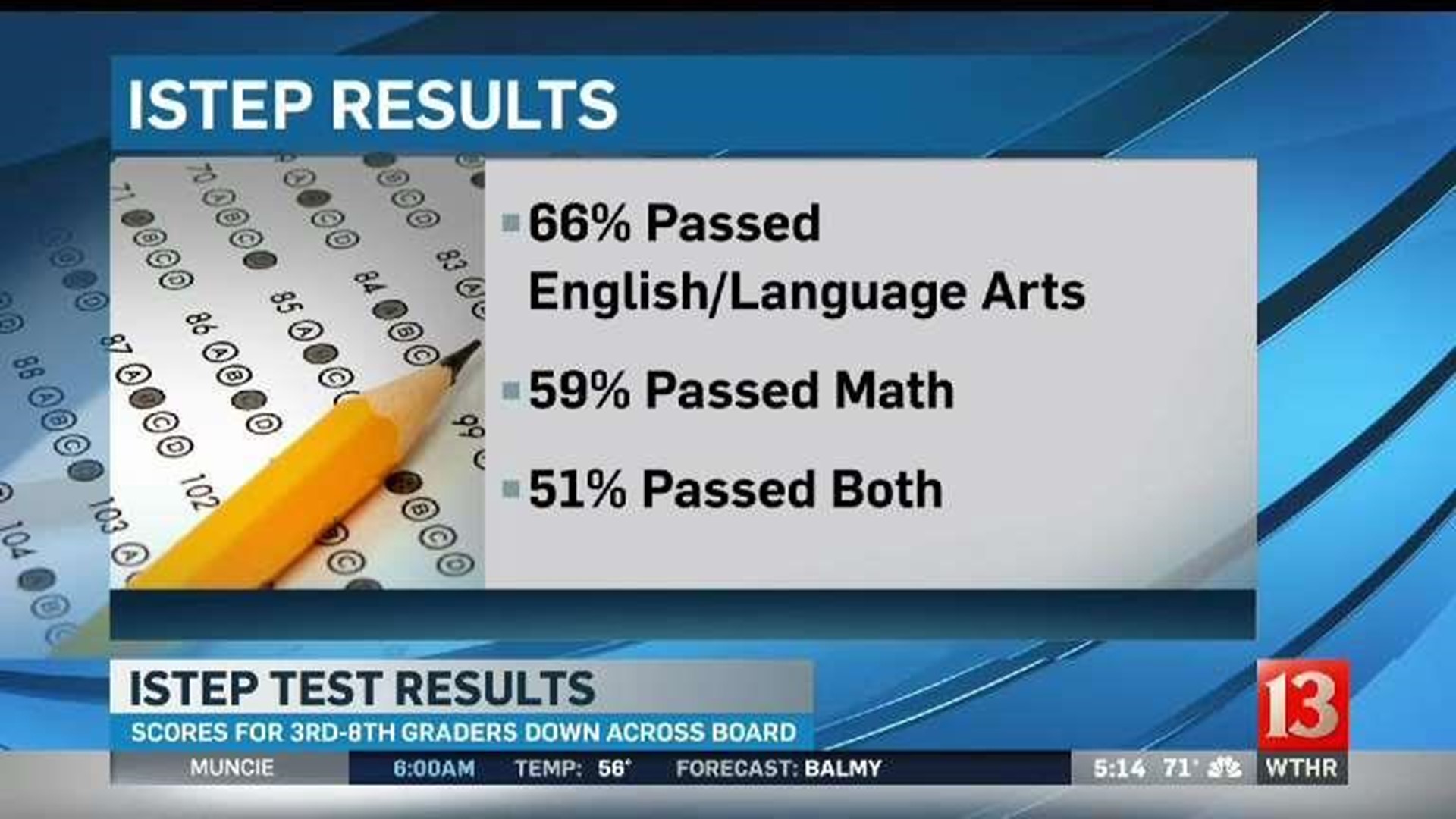 INDIANAPOLIS (WTHR) - ISTEP+ scores are out, and for the second year in a row, fewer students are passing the test. There is an overall drop of a couple of percentage points. That comes on top of last year's decline.

ISTEP+ is a mandated test that no one seems to like and that everyone wants to replace, but in the meantime, scores effect students, teachers, schools and whole communities.

When Carmen Breedlove looks for a school for her young son, she will be looking at their ISTEP+ scores.

"I definitely want them to be high because it shows me the kids are learning," she said.

"We were down like most of the state of Indiana in all content areas." she explained. "The ISTEP+ at this point, there is not too much credibility put on those results," McCormick said. Her district struggled to get test booklets with accurate instructions, and teachers had to deal with computers that sometimes didn't work.

The Indiana Department of Education attributes lower scores to more rigorous academic standards it says will take years for schools to reach.

Lawmakers and educators want a new test - one that costs less, takes less time to administer, and more accurately measures what children are learning.

"I would like something that more checks a wide variety of what they are learning instead of just three basic skills," she explained. "There's more than reading, writing and math in life."

Schools are already giving students a variety of assessment tests. McCormick wants a new a state test to fit in with them.

"It needs to be one more additional piece to a lot of other data we are using in the classroom to say students are ready for the next level," she said.

Students take ISTEP+ again in the Spring. Lawmakers hoped it would be the end of ISTEP+. But a panel of lawmakers, educators and others hasn't come up with recommendations for a new test.

House Education Committee Chairman, Rep. Robert Behning (R), said ISTEP+ could be with us for a few more years.

The results also include passing rates for individual schools. For example, less than 15 percent of students passed both English and Math at some Indianapolis Public Schools.

2016 was the second year of the new state assessment for grades 3-8 based on Indiana’s more rigorous standards. It was a first year for the new Grade 10 tests, which is why this year's pass rates are not being compared to 2015's.

"Transitions are never easy, but I want to applaud the students, educators and families across the state who have worked tirelessly to shift to more rigorous college and career ready standards over the past two years. Today’s results reflect Indiana’s focus on student progress towards more rigorous benchmarks for college and career readiness. However, it is important to remember that our students, schools and teachers are more than just a test score.

"I have spent the past four years working to get rid of inefficient and costly tests like ISTEP+. Indiana has finally taken the first steps to making that positive change for students but we need to go further. It is not enough to simply rebrand our current pass-fail, expensive and inefficient assessment system. Indiana must instead take advantage of federal flexibility to move towards a streamlined, individualized, student-centered assessment that provides students, families and educators with quick and meaningful feedback about how a student is performing and how they have grown during a school year. Students, educators and families deserve nothing less."