Andrew Peterson ran for 50 miles a day, about eight hours a day, for three consecutive days to promote the Hoosier Holiday Challenge. 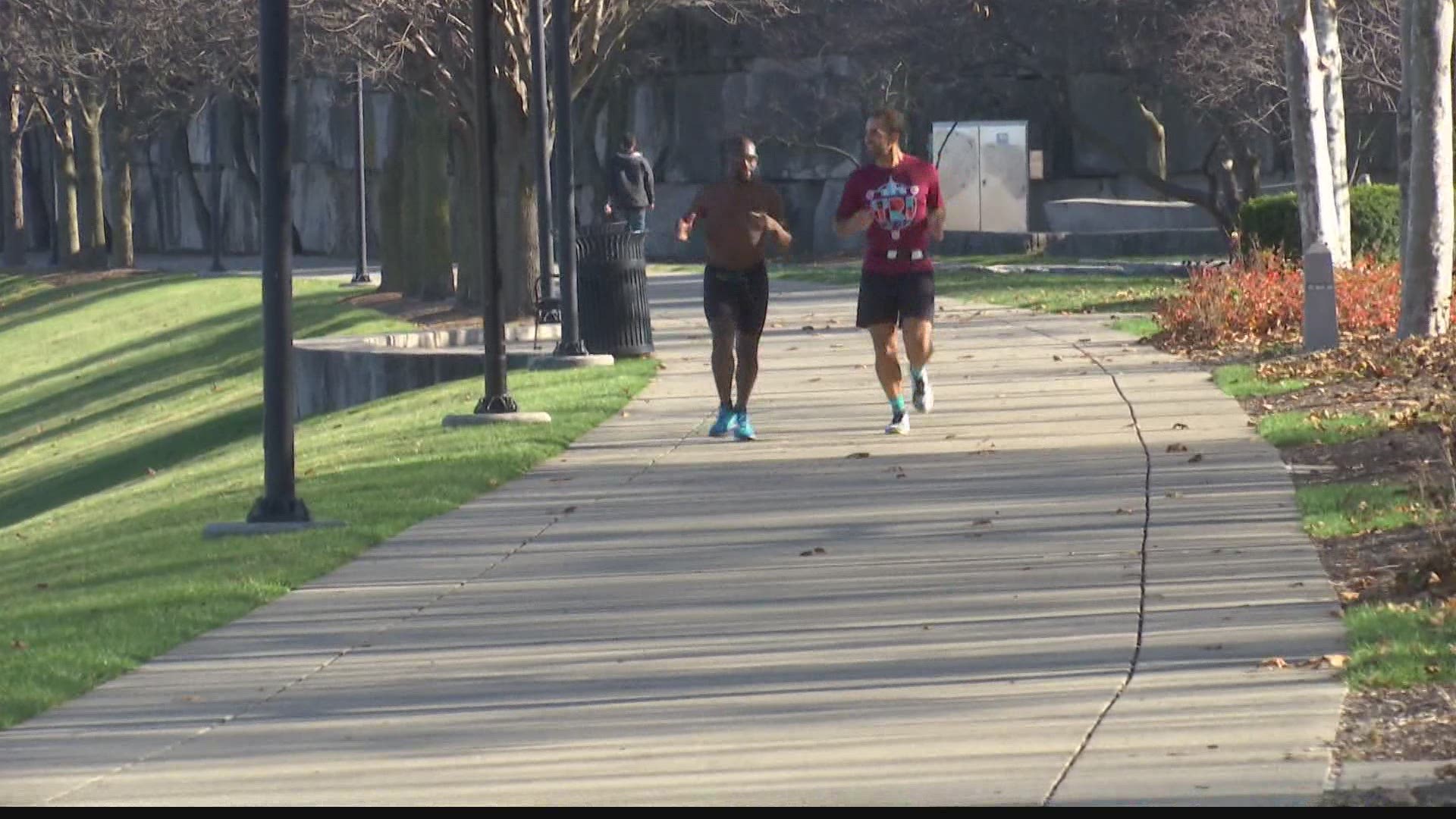 INDIANAPOLIS — Andrew Peterson took on a new running challenge this week. He started early Tuesday morning with his first strides in the dark at the 500 Festival offices in downtown Indianapolis.

That's a long run in a short few days. By Tuesday afternoon, Peterson was well toward completing his first 50 miles as he ran through Broad Ripple.

"Pretty good so far,” said Peterson, “it's lots of hard work though."

Peterson ran for 50 miles a day, about eight hours a day, for three consecutive days as a 500 Festival running ambassador promoting the Hoosier Holiday Challenge.

"I want to bring people together, support the 500 Festival, and raise money for Gleaners,” Peterson said.

Peterson finished his 150 miles Thursday afternoon by running the Mini-Marathon course, starting downtown and running out to the Indianapolis Motor Speedway. He took a lap around the famed oval before returning downtown to finish at Military Park.

Peterson wants to encourage others to join the Hoosier Holiday Challenge. The goal is for participants to cover 150 miles with any exercise they like - not in 3 days - but between Nov. 1 and Dec. 31. 150 miles is the distance between Turkey Run State Park and Santa Claus, Indiana, and inspiration for the virtual fitness challenge.

"No child should go to bed hungry like I once did,” Peterson said.

Peterson struggled with hunger as an infant before being adopted. He is a Special Olympics Marathoner born with fetal alcohol syndrome. When he runs, he has no disability.

"I like it. I'm good at it, and I can get even better with hard work,” Peterson said.

Peterson ran his first Boston Marathon last year. He just finished almost six marathons in only three days to challenge others to improve their health and help others this holiday season.

"I’m just glad that I finished, got through it and that I made a difference,” Peterson said.