Peru, Indiana may be a small town, but many are generously treating others like one big family. 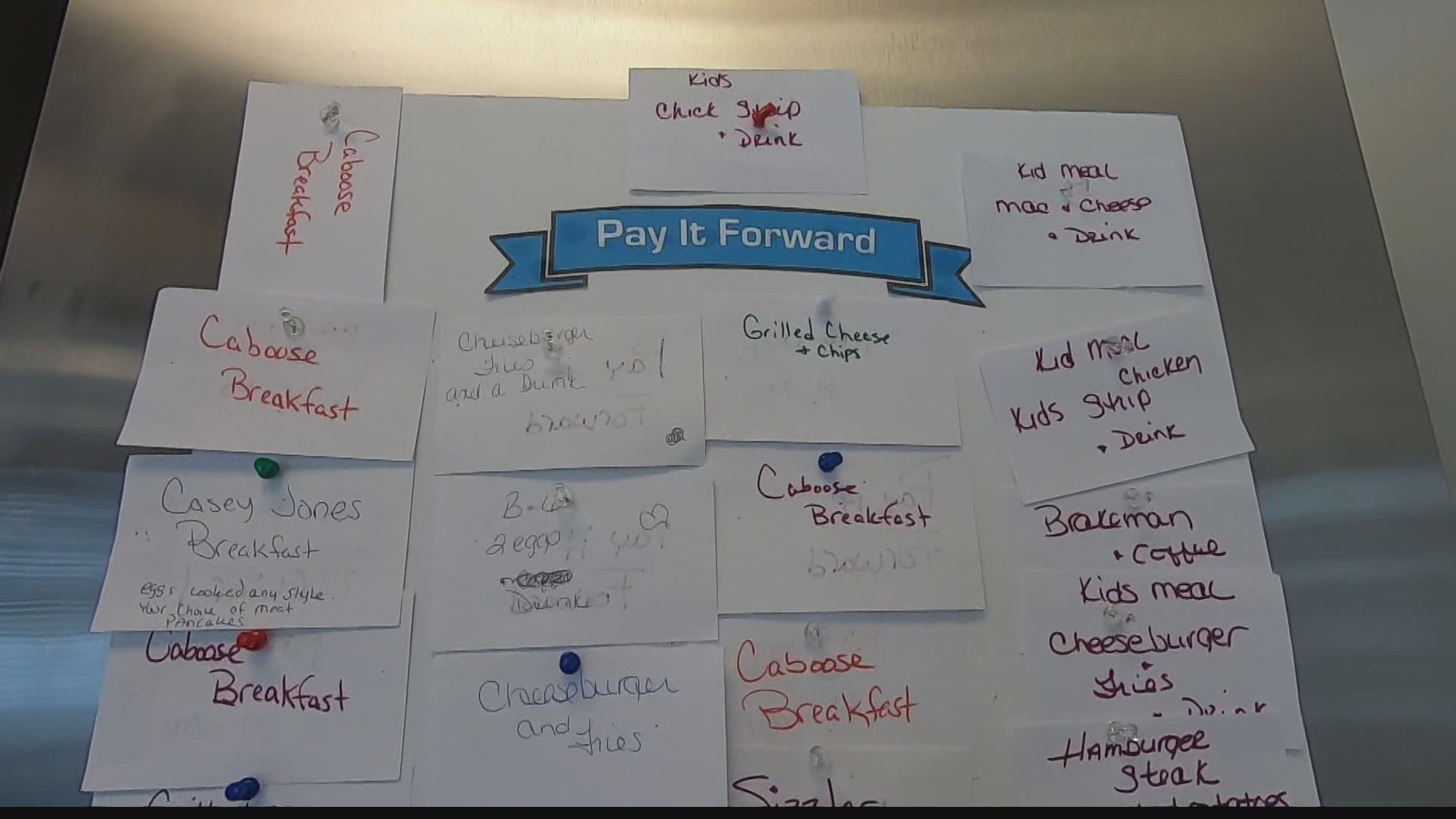 PERU, Indiana — Waves of kindness are sweeping over Miami County, where several businesses are enlisting their customers to help pay it forward.

In Peru, Tracks End is one of those restaurants that feels like home, where workers know your name and a drink is on the table before getting through the door. They have a lot of regulars.

It's the kind of place where one would expect acts of kindness, but what’s taken off lately has surprised even the workers.

"It's been crazy," said General Manager LeeAnn Correll. "But you know it's been to help people out, and that’s what we like to do."

They call it their Pay it Forward Wall. It's where customers can get a meal in advance for anyone who needs it. Certificates are posted on the wall for those in need to take.

It didn’t take long for generosity to fill up their board.

Joe Molyneux was picking up a to-go order, but also left two meals.

"I think it's fabulous. We need to help other people where we can," Molyneux said. "It is good for everybody. It makes you feel good. It makes them feel good."

Correll said she sees the payoff all the time.

"Last Friday we had a call-in that came and took two tickets off the board and used them," she said. "I'm happy that people are coming in and wanting to help other people out because there are times where people come in and they don't have enough money to pay for their food, so yeah it's nice."

But Track's End isn't alone in their efforts. Since the beginning of the year, at least nine other businesses in Peru have also put up their version of pay it forward boards.

Credit: WTHR/Allen Carter
The Gift of Giving Wall at Anita's Boutique in Peru allows shoppers to take home items thanks to the generosity of others in the community.

At Anita's boutique, it's clothing items being posted on her "Gift of Giving" wall — everything from socks, coats and purses.

"It's fabulous because people out there want to help," said owner Anita Day. "We're a close-knit small town, but I think we're just like family together. When it comes to helping each other out, we get together and we do that."