Within 24 hours of seeing a story on the news about the need for living donors in kidney transplants, Kirsten Turchan was on the phone to learn how she could help. 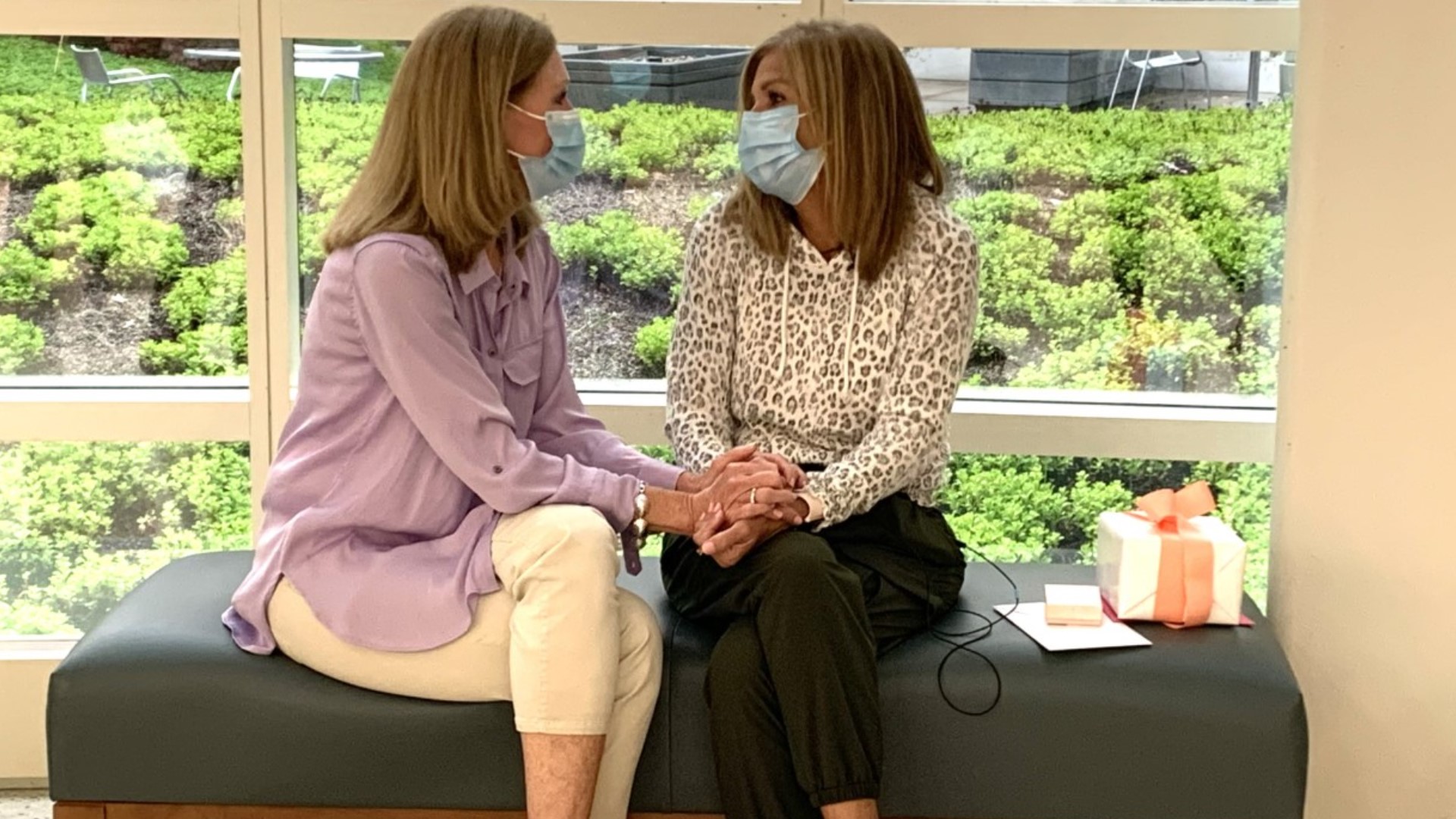 INDIANAPOLIS — Kirsten Turchan remembers sitting at home when she first saw the story on the news.

"I absolutely knew God was telling me. I just felt it. I was supposed to do this," Turchan said.

It was a story about kidney transplants and the need for living donors. Within 24 hours, Turchan was on the phone, finding out how she could help someone in need of a new kidney.

Around the same time, Susan Clark was finding out she would need a new kidney after years of kidney disease.

"Slowly, it just deteriorated to the point where I needed a transplant," Susan said.

Family members, including Susan husband, David, were tested, but she couldn't find a match for a living donor.

Susan and Turchan didn’t know each other, but they were a perfect match.

RELATED: Noblesville woman makes it her mission to find husband a kidney

In January 2020, doctors performed the surgery, giving Susan one of Turchan's kidneys. However, the women never knew of each other.

Despite not being a match for his wife, David still felt compelled to donate one of his kidneys.

"I said even if that doesn't work, once Susan recovers, I'll donate because I know what that means to people," David said.

Credit: IU Health
Walter Ballard IV received a kidney from Wade Catt, who decided to still donate after he wasn't a match for his father, Barry.

His kidney went to Barry Catt, whose son, Wade, wasn't a match for him. However, Wade was able to donate to Walter Ballard IV.

"Feeling like I couldn't actually help was a bit devastating," Chris said. "Once they told me that I wasn't a match for my brother, I asked them, 'What were the other options?'"

Credit: IU Health
Chris Ballard donated one of his kidneys to Bria Hutchins, who had been on dialysis for five years.

Chris ended up donating to Bria Hutchins, who had been on dialysis for five years.

"I'm thankful. He is such a strong man for that. It just baffles me how strong he is," Hutchins said.

In all, eight people were involved in the transplant chain.

"It's amazing that you can help so many people through the gift of one person," said Dr. William Goggins, a transplant surgeon at IU Health.

"It's kind of interesting, right, that in a time where everyone is so divided and so chaotic in the world right now and that when we come together, anything is possible," Walter said.

Credit: IU Health
Kirsten Turchan and Susan Clark met for the first time in May 2021.

In May, Susan and Turchan — the two women who started the chain — were finally able to connect and meet for the first time.

"She gave me the gift of life, and I've been trying to find the right words to thank her," Susan said.

Dr. Goggins said living kidney transplants tend to be more successful than harvesting an organ from a deceased patient.

Click here for more information on becoming a living kidney donor in Indiana.