Six local artists will show off their work as part of a collaboration with the Arts Council of Indianapolis. 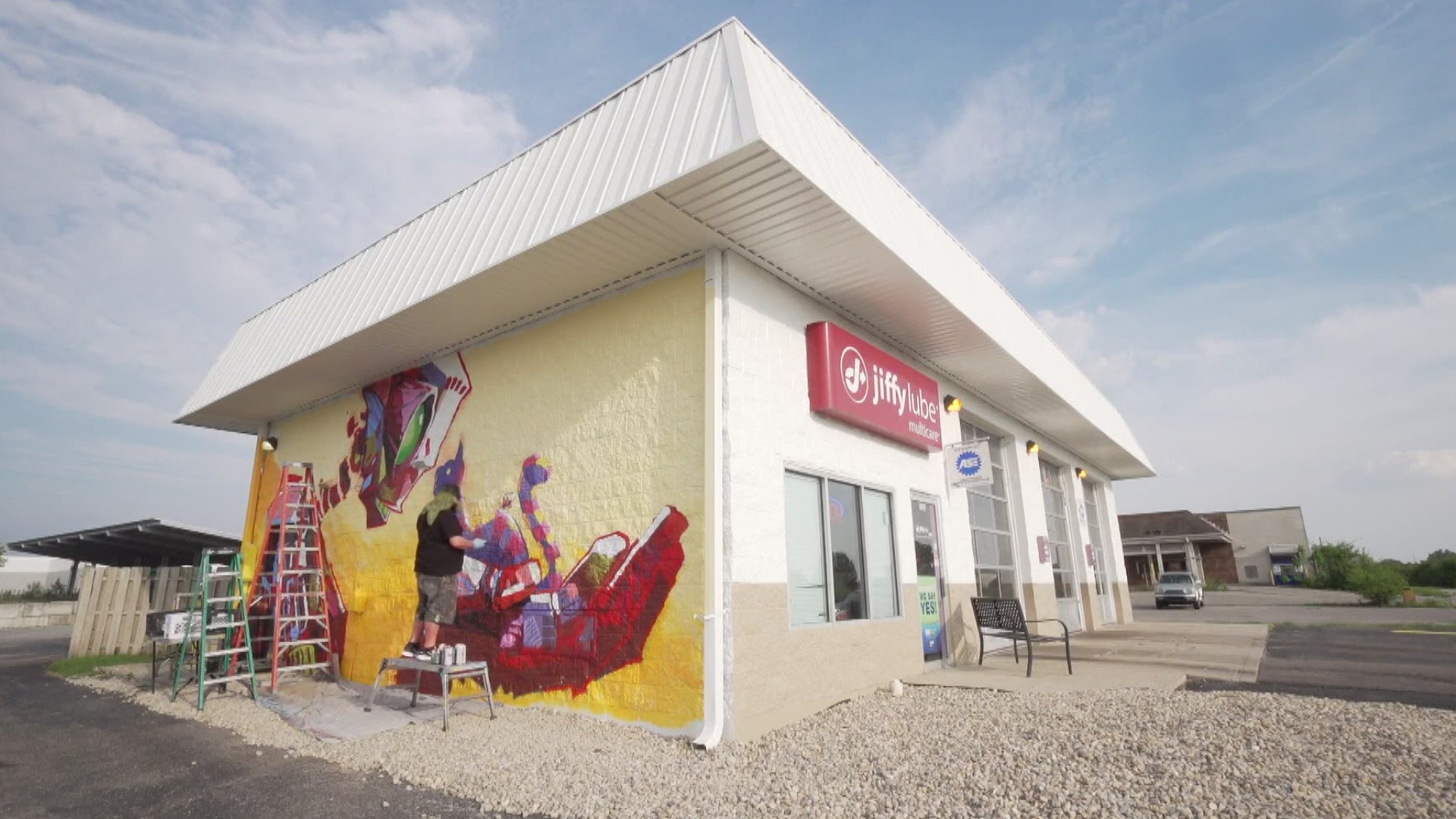 "I feel like I am coming in to be part of something much larger than myself," said Dan "Handskills" Thompson.

Thompson is one of six new local artists selected to showcase their skills across Indiana. What first looks like graffiti is the start of something beautiful.

"The piece that I am putting on this wall is a large robot and a small cat trying to get to know each other. Just looking at each other. I want that to be an image that strikes people as two things that are so different," he said.

Jiffy Lube teamed up with the Arts Council of Indianapolis for a mural project on their buildings. Thompson wants his art at the Shadeland Avenue Jiffy Lube location to touch everyone.

"Art gives us a chance to as a civilization to explore new territory," he said.

The mural project started in 2016 as a way to cover up graffiti at an Indiana Jiffy Lube shop. The artwork campaign quickly turned into an award-winning initiative giving local artists a serious platform.

"Gives them lots of visibility. Like in this location (off I-69 in Fishers), people drive by it every day. They must see thousands of cars. You can't buy that kind of exposure," said Julia Moore, director of public art for the Arts Council of Indianapolis.

It's the kind of exposure Thompson believes could not only help put his name on the map when it comes to art, but also inspire others.

"I just want people to see my work and maybe be reminded of their own creativity. That's what I would hope," he said.