Indiana man turns hobby into business, knocks it out of the park

Trampas Young has turned a love for baseball and skill for making baseball bats into a career. 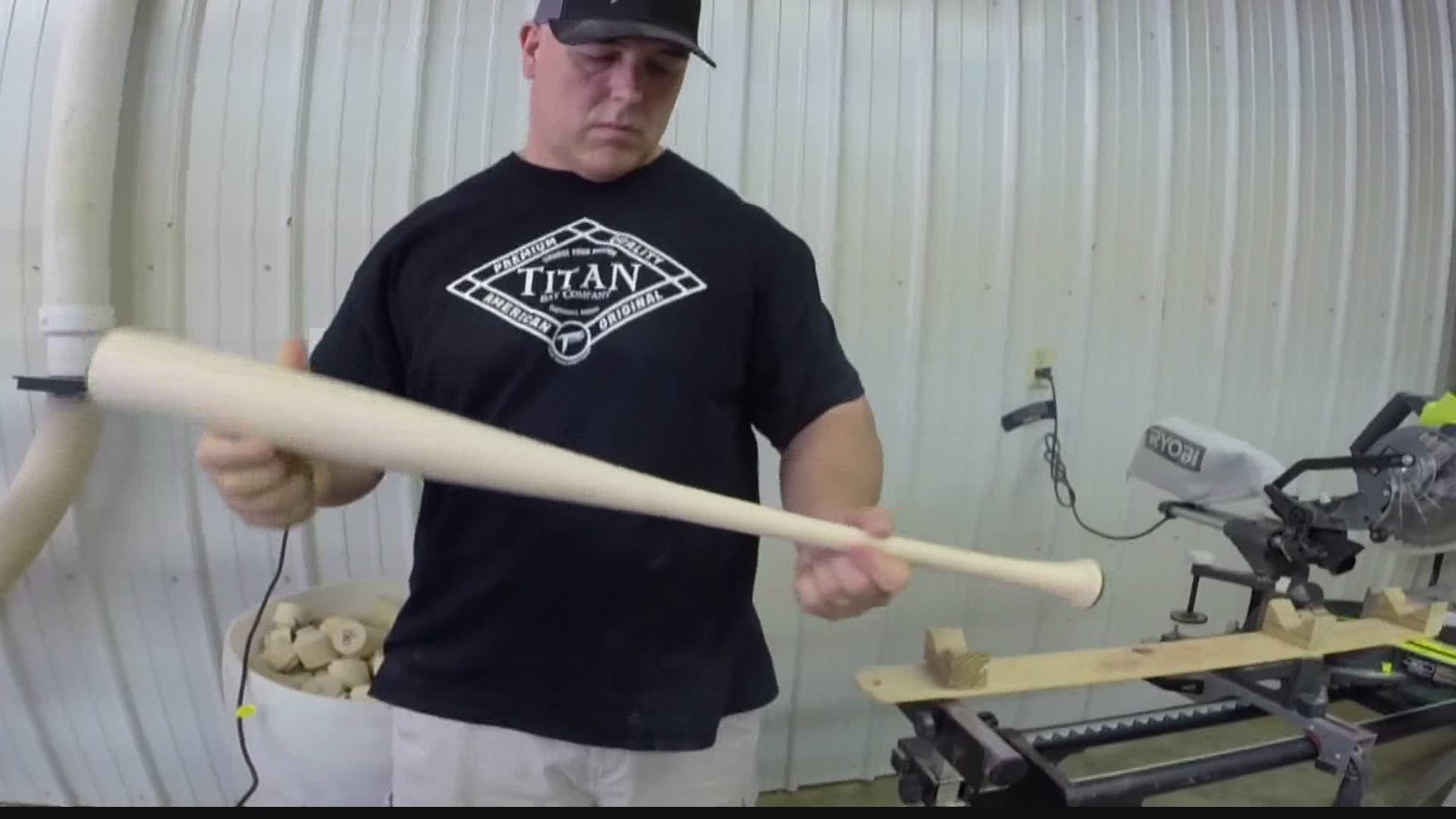 LOGANSPORT, Ind. — For Trampas Young, there’s no better sound than the crack of a baseball bat.

But he never imagined America's favorite past time would become a full-time job.

Today, he's well on his way.

"It was about eight years ago, I was in my grandfather's wood shop," he said.

Inside, under a stack of boxes, was his grandfather's antique wood lathe.

"I decided I wanted to make my son a miniature bat like you get at a ball game – a souvenir," said Young. "I didn’t really know what I was doing. I made it ... it looked more like a billy club than a baseball bat."

But his grandfather urged him to keep working on it. In the end, his son loved it. And others did, too.

Credit: Dustin Grove
A photo of Trampas Young's grandfather in his woodmaking shop.

"He started showing all of his buddies ... and their friends were coming over to the house. His baseball buddies saying, 'can you make me a red one?' 'Can you make me a blue one?'" he said.

Then came a larger lathe and bigger bats.

"And I thought, maybe God’s got something in mind here I’m not seeing," he said.

A childhood friend eventually heard what was going on in Young's garage and saw an opportunity for something more.

"I was like, it's great you can make one bat in four days, but how can we make 50 bats a day? How can we turn this into a business?" Young's friend, Todd Stephens, asked.

Credit: Dustin Grove
A collection of bats made in Young's shop.

It didn't take long to figure out.

Together they created a company called Titan Bats.

Stephens became president. In a few years, the operation attracted more investors and moved from Young's garage into a 5,000-square-foot facility in Logansport.

"One thing led to another, we’re rolling and picking up steam, and six years into, here we are," Stephens said.

Titan Bats now has bigger, fancier equipment. Some of it is automated to meet increasing demand. 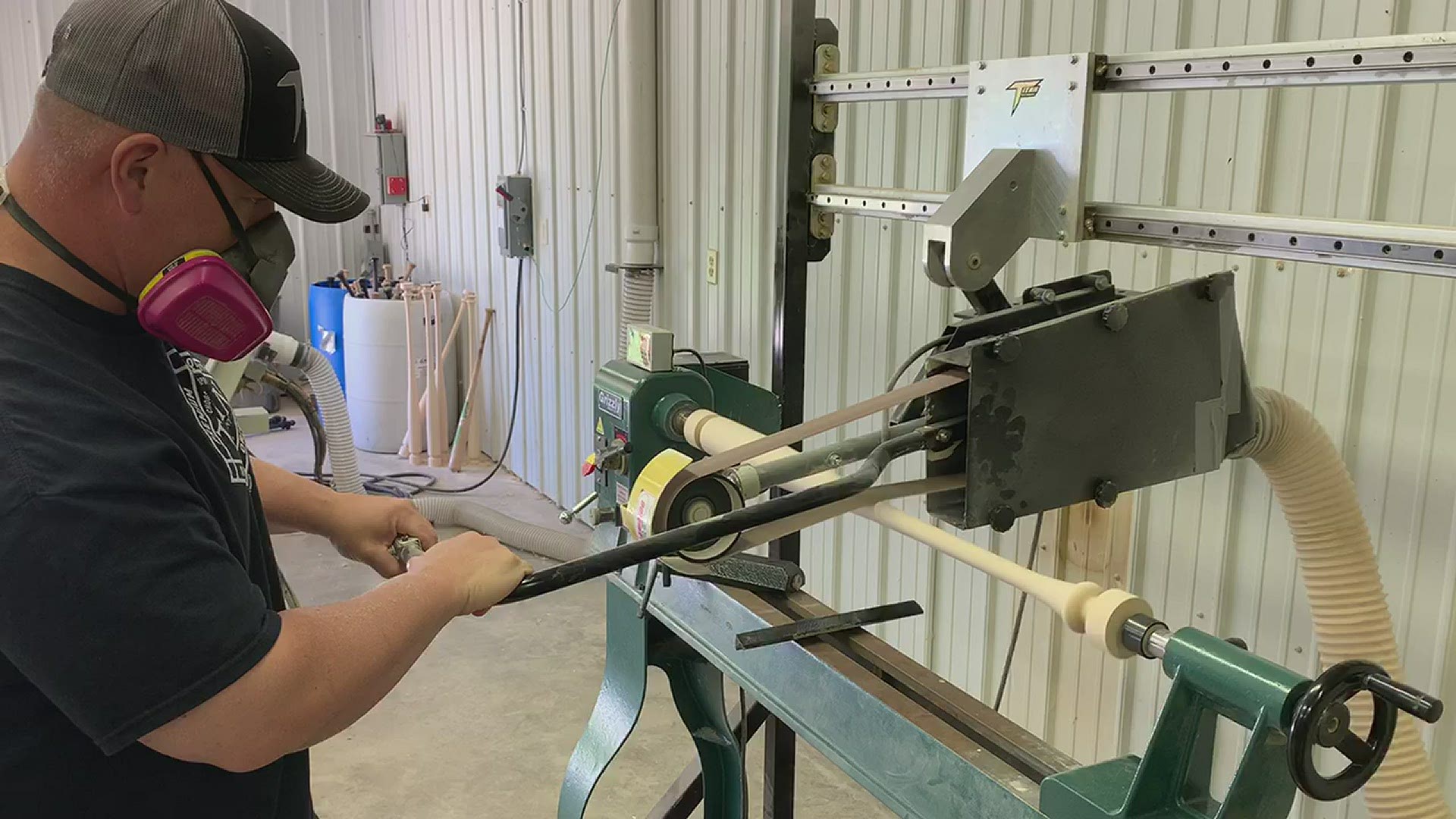 Last year, they made 3,000 bats for players from youth leagues all the way up to the minors and independent pro-leaguers.

The wood is carefully selected from upstate New York.

They hope to be certified for Major League Baseball soon, and they're confident they'll make it.

"It would be pretty awesome to see our bats on television," Young said.

Young said it's all thanks to his family, his faith and a love for America's game.