In Indiana, one in three men that are homeless is a veteran according to Helping Veterans and Families. 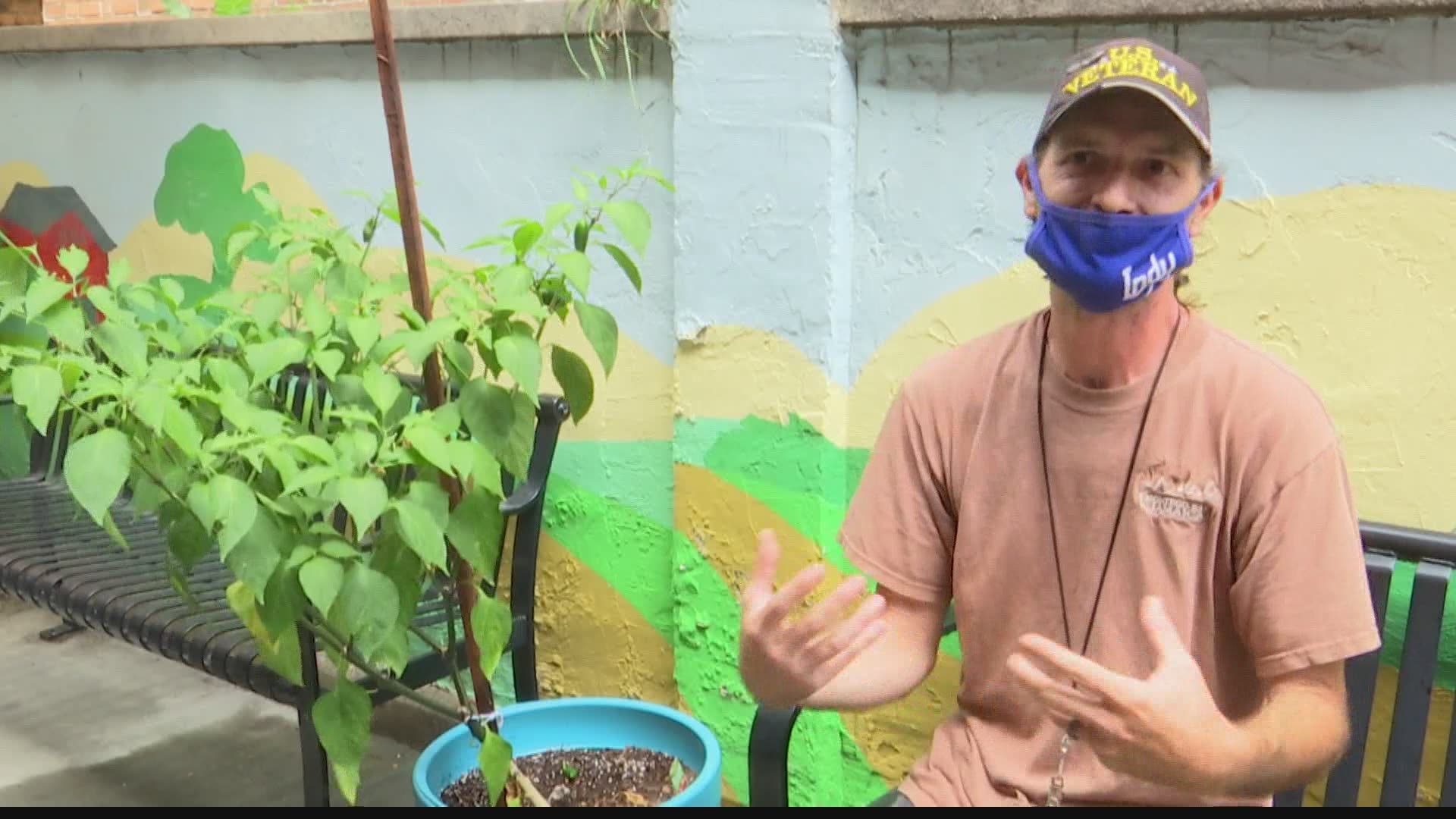 INDIANAPOLIS — For 22 years, an Indianapolis U.S. Army veteran risked everything for this country.

“No one forced me to join the military," said Craig Browder. "I did it because I wanted to protect people.

At a young age, Browder knew he wanted to be either a police officer or a soldier, and it wasn’t about anything other than serving his community.

Less than 10 percent of Americans have served in the U.S. military, according to the Department of Veteran Affairs, but in Indiana, one in three men that are homeless is a veteran, according to Helping Veterans and Families (HVAF). HVAF is an organization that works to provide support and tools to help veterans get back on their feet.

When Browder was unable to provide for his family, he said he turned to HVAF.

“A lot of the times, I feel abandoned, left alone, isolated,” Browder said about homelessness.

The Iraq War veteran said that as a father, the last year and a half has been a struggle.

“It’s hard for a man not to be able to pay his bills, take care of his family, keep a roof, things a man are supposed to do,” he said.

But after finding HVAF, he said he's grown from the support and tools they provide.

“Now, I’m getting ready to move out of here in a couple weeks. We got our own apartment, I’m back to working. My wife is now working. HVAF has helped us get on our feet,” Browder said.

HVAF knows that war and homelessness can leave scars, and they recently started an urban garden for their residents. Amanda Helfrich, a HVAF case manager, said she noticed that there was some space at the facility that wasn’t being utilized and thought it would be the perfect place for the garden. She said it’s made a difference among the residents.

Browder believes it has helped him get through anxiety and PTSD.

“I can get real agitated. I don’t want to talk. But I come out here and I just smoke a cigarette and water the plants. It gives me time to calm down and let my mind take over instead of my emotions,” Browder said.

Taking care of the plants has been a learning process for a guy that doesn't have a green thumb.

“I could kill a cactus,” Browder said. "You raise these from a little seed and then they grow up. It makes you feel like you did something. And then, when you see the other residents out here and they’re picking peppers and picking tomatoes, you know that you helped someone out.”

Browder said many of the veterans and their families use the food they grown instead of going to the food pantry.

Many of the garden's plants are potted. HVAF said that's because they’re not meant to be at the facility forever, because they are meant to stay with its residents.

“Most of our veterans are going to move on to apartments, and these are ways that they’re able to grow their own foods at their apartments,” Helfrich said.

So the hands that once protected us can help heal the souls that carry often invisible wounds, and provide for themselves as they begin a new chapter.

HVAF said it wants to expand its urban garden to include more plants, foods and flower beds. It is looking for donations and/or sponsors for the garden project.