Stamper was 7 years old when he went to the Indianapolis Motor Speedway to watch the race in person for the first time. 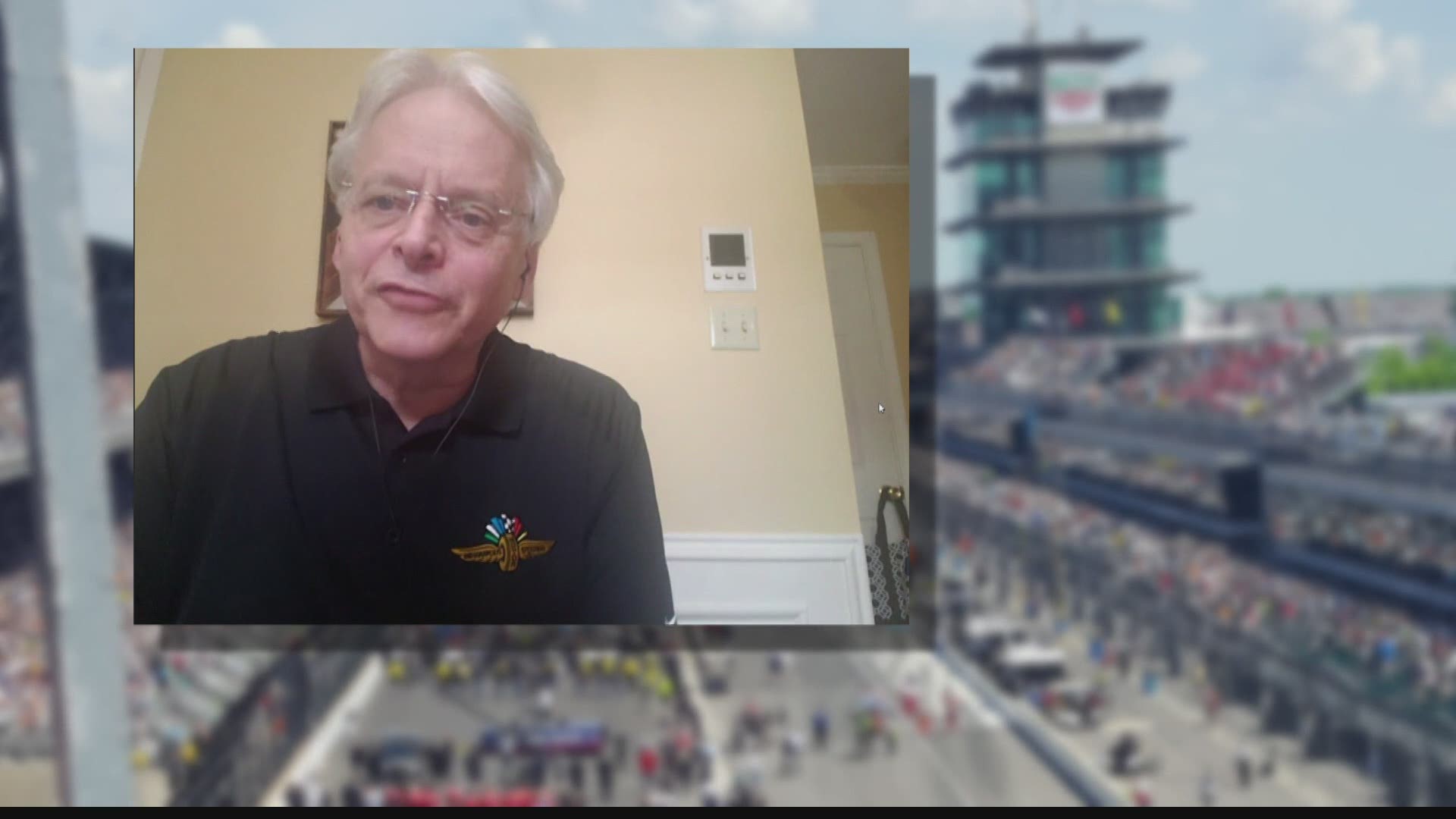 SPEEDWAY, Ind. — The COVID-19 pandemic won't keep Conley Stamper from attending this year's race at the Indianapolis Motor Speedway. After all, he has attended 66 straight Indy 500's.

Stamper was 7 years old when he went to the Indianapolis Motor Speedway to watch the race in person for the first time.

"I went with two of my father's uncles," Stamper said. "They constructed a scaffolding inside the second turn back when those were still allowed. I sat up on a row that was about four stories high, scared to death for 4-and-a-half hours."

He got hooked as a boy and has been to the race every year since then.

"Once you go once, it does get in your system. It's hard not to return," Stamper said. "We would always go the Friday before the race on Sunday back in our teens and early 20's. We would park outside the track for two nights, seldom ever sleep and then when the bomb went off at 5:00 a.m. on race morning, we would drive as fast as we could to the turn and hope we didn't wreck our vehicle."

Stamper and his older brother Steve were together for 45 straight races before his brother died in 2017. His daughter has attended 15 Indy 500's.

Stamper said he sat in the Turn 4 infield every year from 1966 to 1980. Now his seats are in the top row (CC) of the paddock penthouse. He has hosted nearly 100 people over the years, many of them first-timers.

In 1986, when the race was postponed twice, Stamper said he took an overnight flight from his home in San Francisco to keep his streak alive at 33 straight races. He wore a shirt that read "I'd rather be in Indy."

At the 1991 race, Stamper said he had passes to everything and wandered into Rick Mears' garage, where he drank champagne with car owner Roger Penske.

He has lived in other states and in Mexico during his lifetime, but the Indy 500 brings him back year after year.

"You can take the boy out of Indiana, but you can never take Indy from the boy, at least not this one," said Stamper.

Stamper has seen hundreds of drivers during his 66-race streak, but he has a favorite.

"I'm a big Helio Castroneves fan. I think he's done as much to promote Indianapolis and IndyCar racing as any man that has sat behind the wheel," said Stamper. "His third win would have been my favorite, along with Rick Mears' fourth. But Helio is special to me and we so hope he can join that illustrious group of four-time winners."

Stamper believes it was a wise decision not to allow fans in the grandstands during the pandemic. He decided he would still come to the track on race day. Stamper and his wife will have everything he needs to watch the race from outside the fence.

"We've got lawn chairs, face masks and sanitizer," said Stamper. "I plan to sit outside the Gate 7 entrance where we normally enter the track and I might see a 10-yard width of race cars zooming by, but that's OK. The noise enough will be enough. It's given me an opportunity I'm quite excited about it. I'm going to be forced to listen to it on WIBC and I'm going to have my Android with me so I can watch it on Hulu."

The 73-year-old Stamper said this year's race experience will remind him of 1952, when he heard the race on the radio.

"Just like when I was five years old, I could see those cars going around that track. And I'll see them again," he said. "I have a true joy doing it this way because I'm going to be forced to put WIBC back in my ears, which takes me back 69 years. Sid Collins won't be there, but I will be."

Even outside the track, Stamper said his streak continues.

"I will be attending my 67th straight race, and I'll take plenty of pictures to prove it," he said.