Boxing coach shares his story of triumph, inspires next generation

Alphonso Bailey realized in prison that he needed to turn his life around.

INDIANAPOLIS — In college, Alphonso Bailey had a football scholarship to Kentucky State.

“Freshman year, I made the dean’s list. My junior year, I was going to be the starting quarterback,” Bailey said.

During games, he would always look into the stands for his biggest fan.

“I really loved my father,” Bailey said. “We were really close, and I always wanted to impress him when I was on the football field. I’d look for him, and I’d find him.”

Bailey’s father passed during his sophomore year. He said looking back, he can see that he didn’t know how to handle the grief, and that’s why he began acting out.

“I got into drugs, started stealing, doing robberies,” Bailey said.

He said he thought he was invincible because he was young and in college.

"'You can’t get in trouble, you’re in school. What are they going to do to you?'” Bailey told himself.

But law enforcement was on to him. And one day, as he was on his way to the football field, he found himself surrounded by flashing lights.

“At that moment, my whole world was coming to an end,” Bailey said.

He realized he needed to pick himself up when his mother came to visit him. He said she’s the one that made him turn his life back around and return back to the right path.

“My mother, she came down to the jail. I was in Kentucky, and she smacked me in front of all the inmates and she said, 'When you get to that prison, you better find out who Jesus Christ was,'” Bailey said.

And that’s exactly what he did.

“It didn’t happen overnight; it was a constant thing. I would walk the circle in the yard, and I would say, 'God I believe you're with me. God, I believe it’s going to be alright,'” Bailey said.

Being in Kentucky, the state where Muhammad Ali was from, meant boxing was huge. He had told himself he was going to box his way out of prison, but he had no experience in boxing, so he went to the prison gym.

“There was another inmate there named Snake. He was serving two life sentences. He started training me. We became real good friends. We would eat together, we would train together,” Bailey said.

Bailey said the two of them broke every rule in that jail because they were of different races and in a place where people didn’t see beyond color.

From student to teacher

When Bailey got out of jail, he started boxing competitively.

“I got selected to the USA international boxing team,” Bailey said.

Now that Bailey is a coach, he wants to use his skills and experience to be a positive influence in the life of his kids. His students say that’s why they sought out boxing.

Credit: WTHR
Some of Bailey's students sparring and training.

“[I wanted to learn to box to get] my discipline mentally together,” said Jaeillah Keegah, who’s been training with Coach Bailey since last year.

Jay Lenbeckwith said he was teaching himself how to box until he found Coach Bailey. He wanted to learn through Bailey because he wanted to “build character, [and learn] how to be a good guy.”

“Anyone can learn how to fight, but it takes a good man with the right character to do the right things,” Lenbeckwith said.

"What I love about my program here is that I see some of the parents here with their kids, and I see the kids look at their parents and give them that look. And I remember that look I gave my dad when he came to see me,” Bailey said. 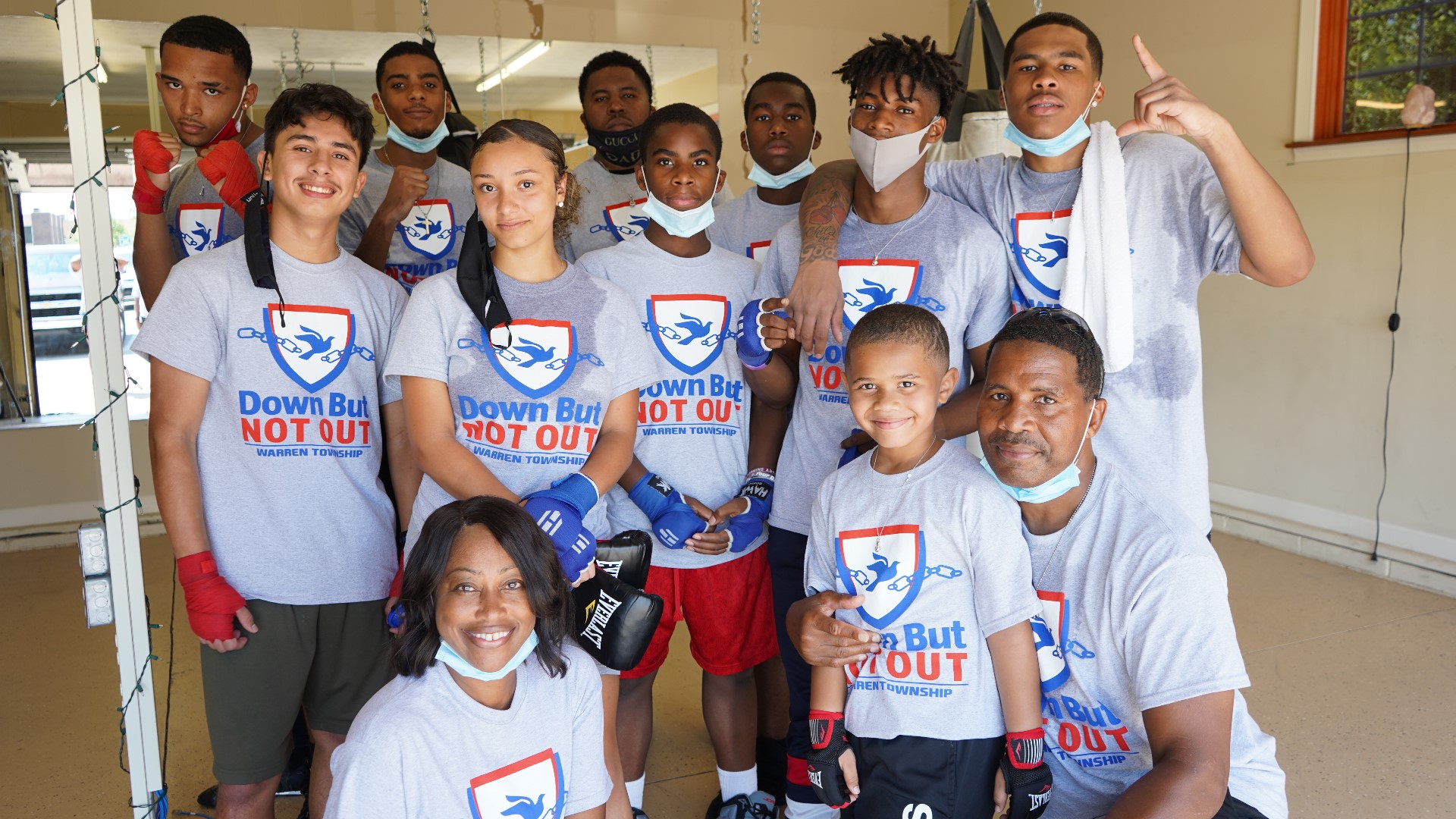 Many of the kids said for them, Coach Bailey is an additional father figure in their life who pushes them when they need to be pushed and is always there when they need him.