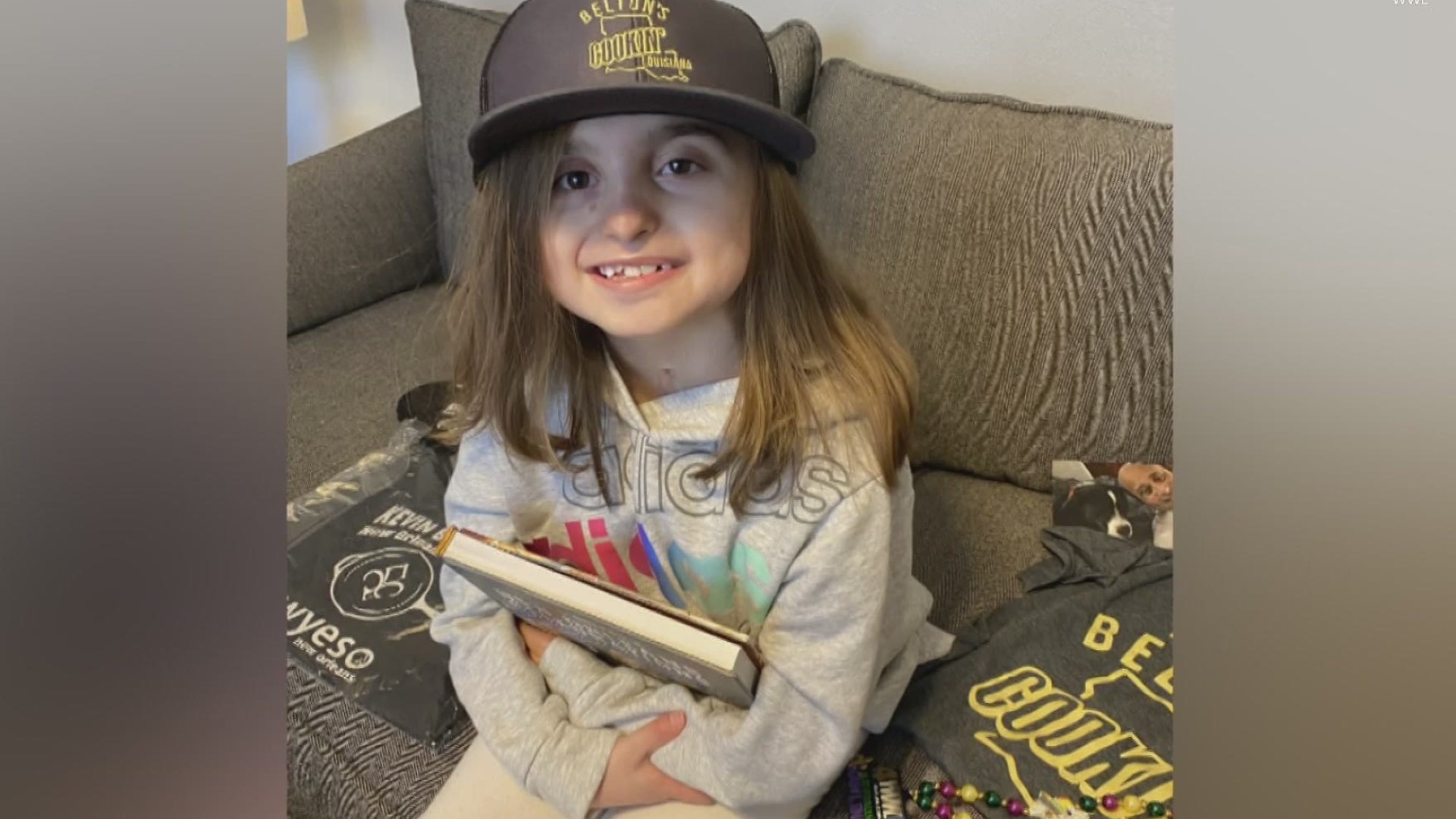 INDIANAPOLIS — A young Indianapolis girl aspiring to be a chef is inspiring others after overcoming so much in her life.

Nine-year-old Sophia Rhodes loves spending time in the kitchen. She's an up-and-coming chef who fell in love with cooking while watching television.

"I was watching Kevin Belton and started loving it and decided to make an American test kitchen," she said.

Sophia inspires others, including her parents, after fighting more health battles in her young life than most people in a lifetime. From birth until she was five months old, Rhodes stayed at Riley Hospital for Children and underwent three surgeries with a tracheostomy tube, a gastrostomy tube and was on a ventilator for nearly a year. She's now trach-free, but still overcoming kidney, heart, and hearing problems.

She also used sign language to communicate until she was able to talk at four years old.

"It is so incredible to watch them overcome and succeed and defy any expectation," said Amanda Rhodes.

The highlight of Sophia's cooking career came as a surprise. Thanks to 13News' sister station, WWL-TV in Louisiana, Sophia got a virtual visit from New Orleans celebrity chef Kevin Belton. Her parents set it up with the help of WWL-TV for Chef Belton and Sophia to meet on Zoom.

"Then my mom downloaded and then I was so surprised that it was Kevin," said Sophia.

Now, the Rhodes kitchen is always filled with a lot of laughter, which is part of cooking and family time.

Sophia's father, John, can't help but get choked up thinking about his daughter being so happy after climbing so many hills in her nine years.

"We just have a great time," he said. "We connect. We focus on the recipe. In between those moments, there are great jokes and hugs and there is throwing flour on each other and it's stuff I am learning every day."

Although Sophia has tried many recipes, Chef Belton has influenced what the 9-year-old hopes to conquer next in the kitchen. He gifted Sophia with one of his signature cookbooks full of recipes unique to New Orleans.

"I have been cooking beignets!" she said.

In addition to beignets, Sophia is working on creating special vegetarian Chinese food and looks forward to cooking for her own children one day.