John Aguilera is a former State Representative and past chair of the Indiana Latino Democratic Caucus, and he's excited with his party's choice of its first Latino National Chair. 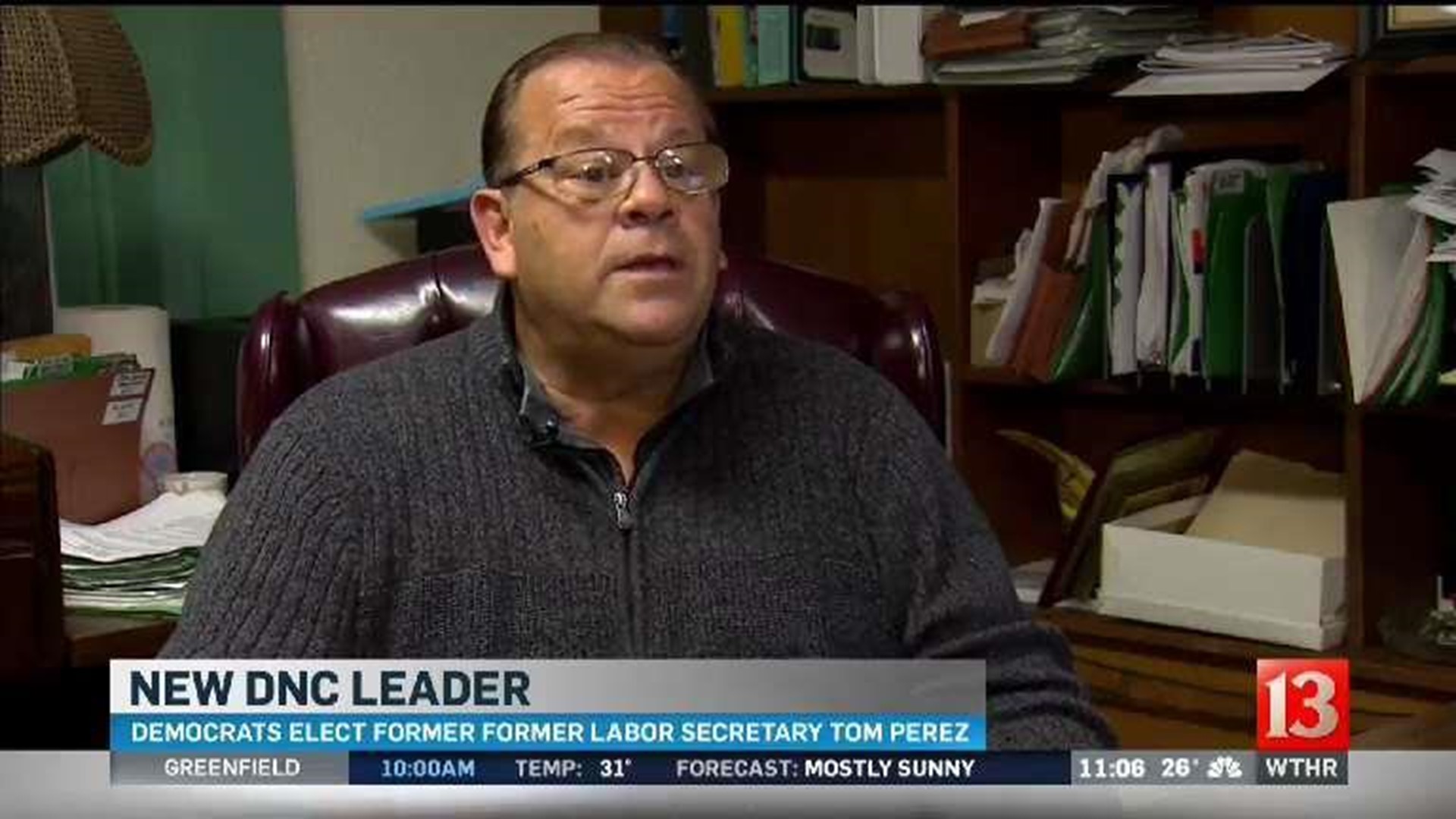 INDIANAPOLIS (WTHR) - After suffering big losses in their party, Democrats have elected a new leader. Tom Perez is a former Labor Secretary in the Obama Administration and now the first Latino Democratic National Chairperson.

Democrats across the country and right here at home in Indiana are hoping the election of Tom Perez as the new DNC Chair will change the course of the Democratic Party and right the ship.

John Aguilera is a former State Representative and past chair of the Indiana Latino Democratic Caucus.

"We're excited,” he said after Perez was chosen Saturday. “I think it's a positive for minority communities especially in light of the current status of things here in the country."

Aguilera spent more than 20 years in Indiana state politics. As a Democrat, he's seen his party go through some ups and downs and believes the new DNC Chair Tom Perez is just what the party needs.

"No doubt we had a fractured party so it's really important to pull everyone together and I think it's most important that we are working on behalf of the people and not have anyone above the party," said Aguilera.

"We need to make house calls we need to listen to people we need to get back to basics," said Perez.

Perez made a big step toward uniting the party when right after winning the election, he named Minnesota Congressman and runner-up for the seat, Keith Ellison, as his Deputy Chair. Ellison was backed by the party's more liberal faction, but lost by 35 votes.

"If you came here with a Keith t-shirt, I am asking you to give everything you've got to support Chairman Perez," said Ellison.

Another candidate for the position was a Hoosier. South Bend Mayor Pete Buttagieg rallied hard for the seat. But, moments before the vote, he dropped out, recognizing he didn't have the votes to win. Aguilera applauds the 11th hour decision to get out of the race to avoid splitting the vote.

"I think he showed what talent he brings to the table,” said Aguilera. “I think he got a lot of national recognition from this, so I don't think it hurt him that he got involved.”

"Millions of people stood up and said ‘Donald Trump you do not stand for America. Donald Trump we will not allow those values to divide America’ - and that is what we will do as a party - leading with our values, moving forward - that's how we will win," said Perez.

But, will the party unify and how quickly can they join hands to meet the needs of all the people. That remains to be seen.