Olivia Stoy is trying to raise enough money to get a bone marrow transplant, which will make her life the best it can be. 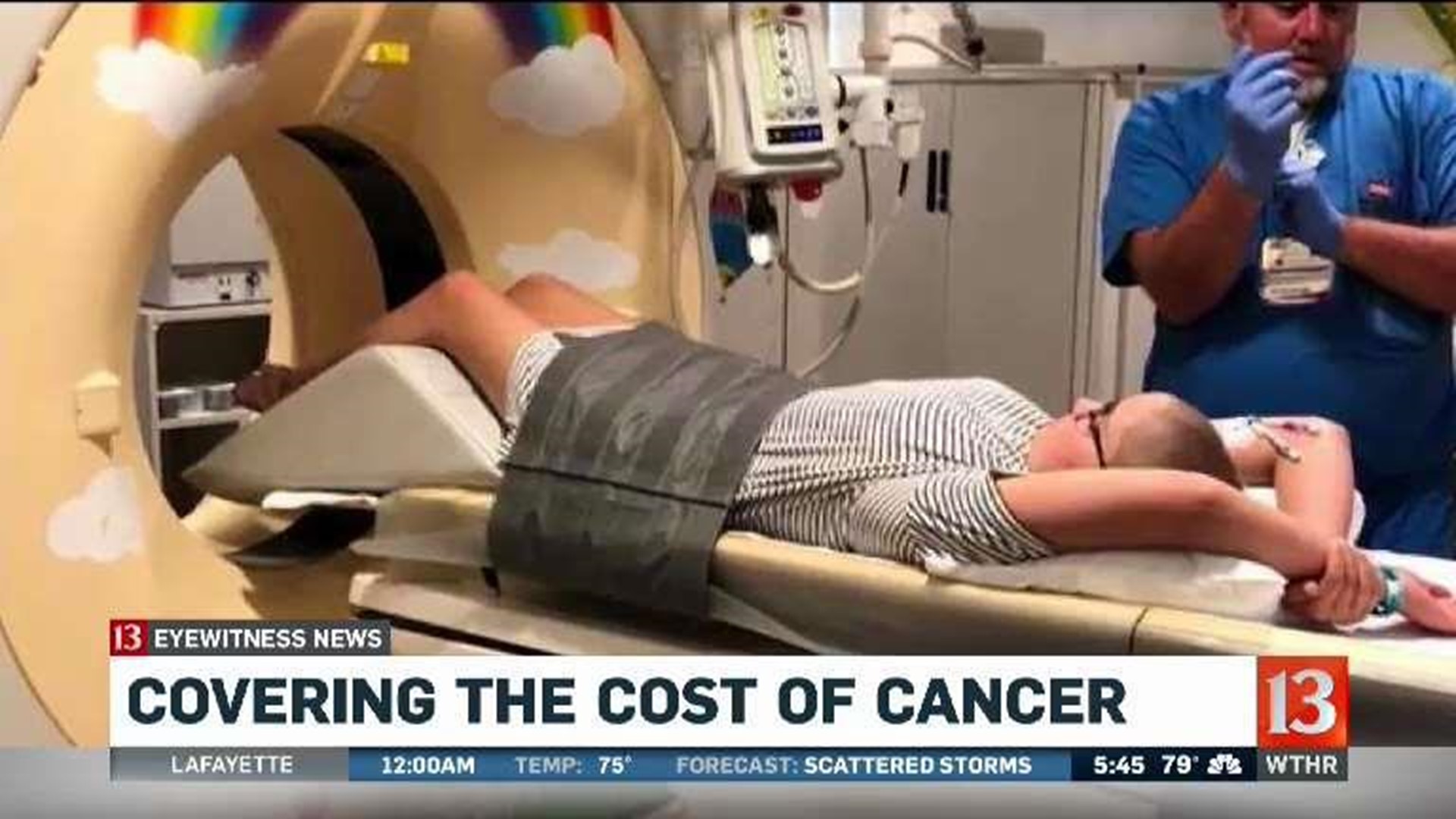 ANGOLA, Ind. (WTHR) - A 14-year-old girl from northeast Indiana is raising money to help pay for a treatment she needs to fight cancer.

Olivia Stoy has lymphoblastic lymphoma, a rare form of the disease. She was originally diagnosed two years ago, something that was painful for her entire family.

“If there’s a bully at school, or they’re having trouble on a test, you can help your kids with so much,” said Olivia’s mother, Megan. “But this is the one thing that’s out of your hands.”

The same cancer came back a second time a few months ago and now Olivia needs a bone marrow transplant.

“It was so hard for me,” said Olivia. “I was so close to the end of my treatment. It was almost over. I had gotten through everything and here we are. We have to start all over again.”

Stoy's insurance won't pay for the bone marrow transplant she needs, which costs nearly $1 million. The hospital reportedly made a deal that if she could pay up front, they'll only charge her $350,000.

That's when designer Emily Bryan decided to step in. Bryan owns EmilyKai, an accessory business in Fort Wayne. She offered to work with Stoy to design a bracelet that she could sell on her website as a fundraiser.

"Olivia is a very special girl," Bryan told WANE. "... She has always maintained a smile on her face through everything, even when I was at Riley Children's Hospital visiting her after a chemo treatment. It was very fun to see her excitement in designing."

Their design is called Lava Liv. The bracelet is made of lava stones and can be used with essential oils, which diffuse when you wear them.

Stoy's chances of survival are slim if she doesn't get the bone marrow transplant within the next month, but she's hopeful.

"I know that we'll reach it and I'm just so thankful for what everyone's doing," Olivia said. "I'm looking forward to just being more active and just getting back to the life that I had."

After covering her own costs, Olivia wants to pay it forward and collect money for other kids going through similar circumstances. She hopes to do an annual fundraiser with that same goal.

“I can understand their situation and I think it would be really nice,” said Olivia. “And also I just want to give back for everything everyone has done for me already.”

Olivia found a bone marrow match close to home: her brother! They plan to do the surgery in July. Even though Olivia hoped to start her freshman year of high school in the fall, she’ll likely need to spend the next year getting healthy before going back.

Olivia also has a GoFundMe account to help raise the money. You can find out about her other fundraising efforts here.