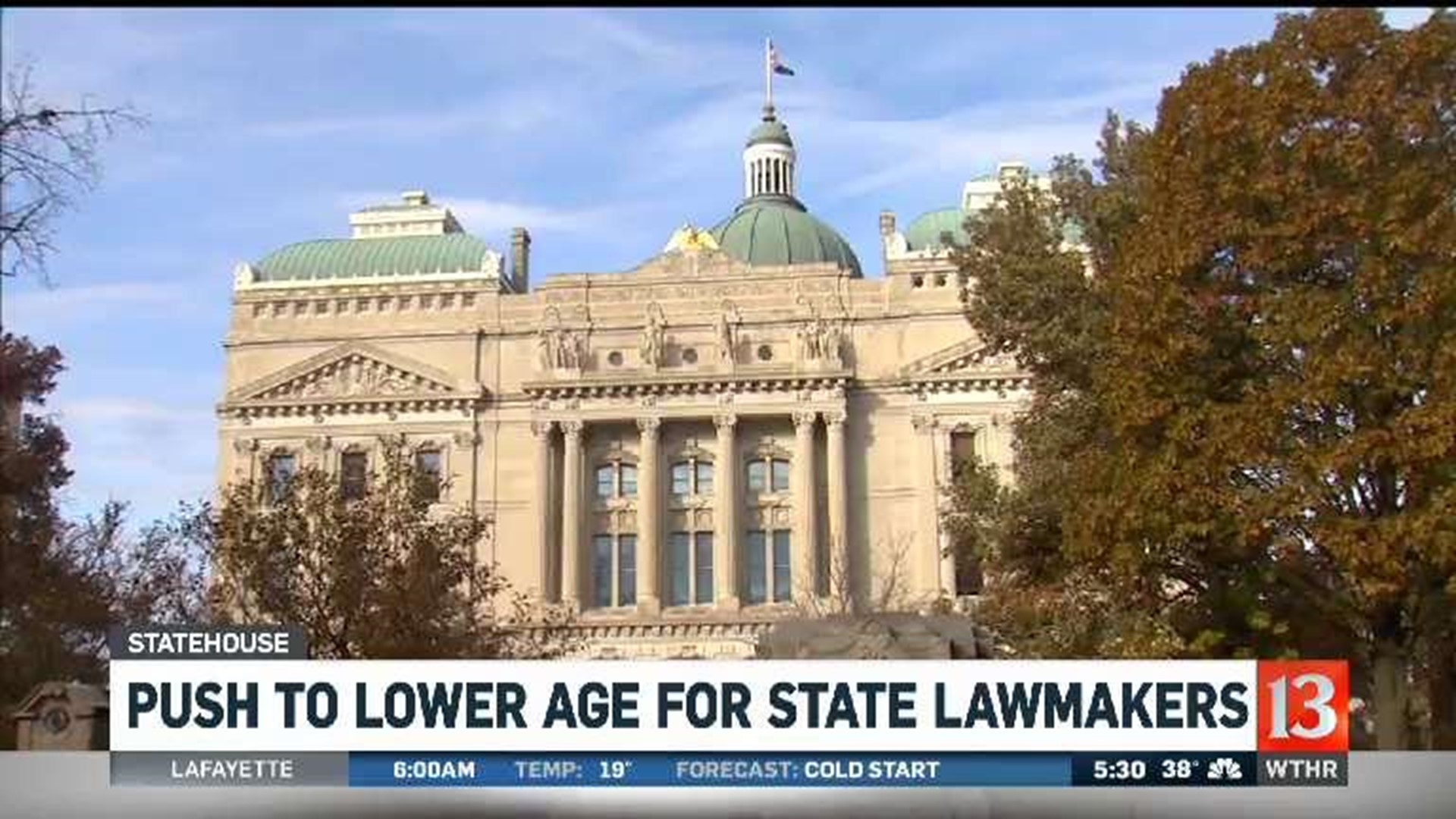 Rep. Chris Chyung, a Democrat from Dyer, wants to change the age to 18.

"Eighteen is definitely kind of an aggressive measure I will admit, but as it was mentioned earlier by the speaker right now we can fight and die for our country at 18/ We can fight to protect our freedom," Rep. Chyung said. "Why is that bar so much different than sitting and making laws and being part of the lawmaking process. I think it is important to have that young person perspective as well."

Twenty-seven other states have lower age limits for public service. Eight states have similar limits to Indiana while three have no minimum age requirement at all. Elected officials from two of those states, Michigan and Wisconsin, were on hand to offer support.

This is not the first time this idea will be introduced at the Indiana Statehouse. A similar bill was proposed in 2016 but failed to get out of committee.

Megan Stoner, a Republican from Madison County, worked on that bill.

"Just as Rep Chyung said, we still have to run, still have to get elected, wherever that might be," Stoner said. "Knocking on doors, hitting the pavement, so I would just say to Republicans, this is not an automatic election for anyone."

Rep. Chyung said he plans to file this bill next week on Organization Day but either way it will have a long way to go. It would have to pass two separate General Assemblies and then be put on the statewide ballot for the voters to decide.