Today Senator Joe Donnelly said he and Governor Holcomb are committed to getting answers about any possible contamination in Johnson County. 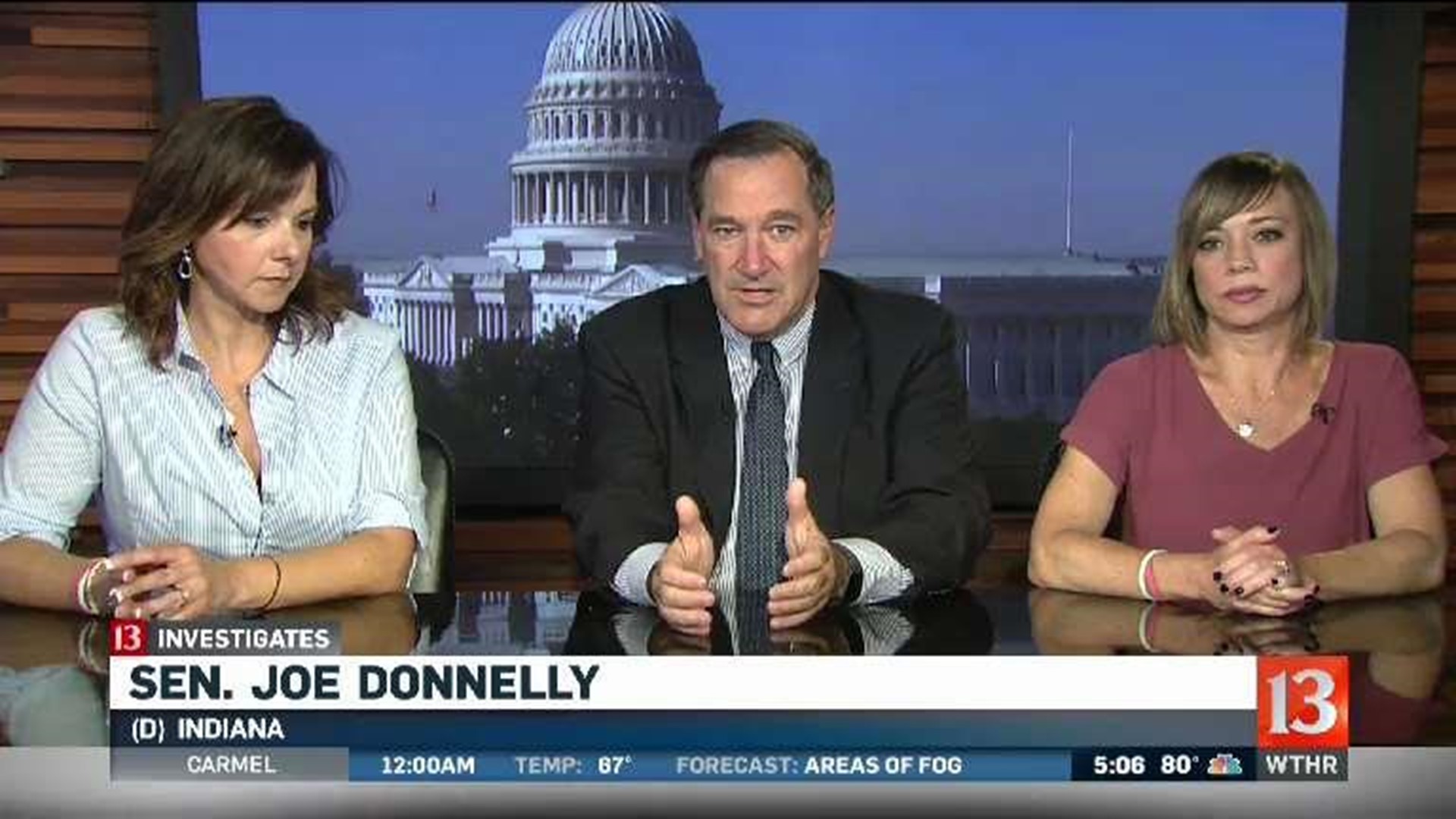 INDIANAPOLIS (WTHR) – Today Senator Joe Donnelly said he and Governor Holcomb are committed to getting answers about any possible contamination in Johnson County.

He met in Washinton D.C. this afternoon with two of the mothers, who founded "If It Was Your Child", who have led the push for testing for nearly three years.

Sen. Donnelly say this kind of investigation is what state agencies are supposed to be doing.

"We have a $2 Billion state surplus. And I know that the governor feels the same exact way as I do, that whatever is necessary to give peace to the people of Franklin on this issue is what we will do."

Senator Todd Young also met with Kari Rhinehart and Matt Findley who lost their daughter to cancer, as well as Stacie and Matthew Davidson whose son is a leukemia survivor.

“I want to thank the families who came to meet with me today for their advocacy and bravery," said Sen. Young. "The situation in Franklin is troubling, and my team and I are working with federal, state, and local officials, as well as concerned families, to protect the health and safety of Hoosiers in this community. We had a productive conversation today, and I look forward to continuing working with these families.”

Sen. Donnelly and Sen. Young signed a letter to the U.S. Department of Health and Human Services in April on behalf of the Franklin community urging implementation of Trevor’s Law, which requires the government to track childhood and adult cancer clusters around the nation.

We expect the EPA to be in town this week and will keep you posted on what they learn.