Part of lawmakers' focus on the first day of the new session was on allegations that changes to the Department of Child Services are hurting children. 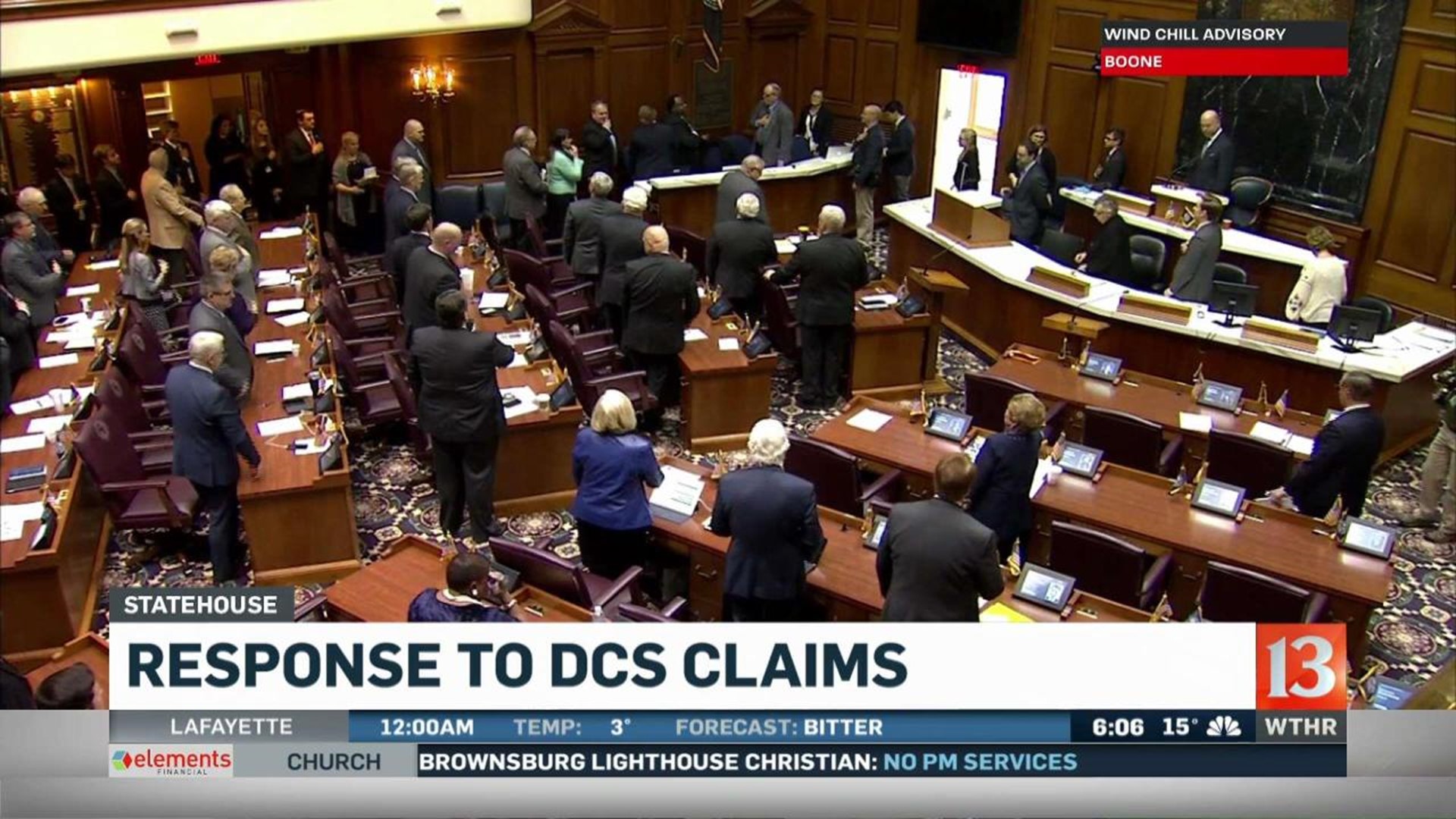 INDIANAPOLIS (WTHR) - Indiana lawmakers got back to work Wednesday at the Indiana Statehouse.

Part of their focus was on allegations that changes to the Department of Child Services are hurting children. Former DCS Director Mary Beth Bonaventura claimed that children will die because of moves made by Governor Eric Holcomb.

Democrats went on the offensive Wednesday, calling for answers. Republican lawmakers say they do not want to hold public hearings on the issue, but the debate is not going to go away any time soon.

"As I am saying this, a little more than two weeks have passed since the person who has been in charge of our state system to protect at-risk children left office by warning that our state is pursuing policies that will all but ensure children will die," said Rep. Terry Goodin (D-Austin). "Think about that for a moment folks. An agency that is supposed to protect the lives of at-risk children is doing a better job of putting those children's lives at risk. This cannot stand. It is time to take politics out of the system and let DCS workers start doing their jobs the way they were trained."

"There is more to this than just a number here or a number there or someone's idea of what may happen here or there. This is an issue we have to rally around and say we've got a department that needs to be looked at from top to bottom," said Rep. Matt Lehman (R-Berne). "Policy, procedure and doing a deep dive into those children's lives and say 'Why is this what it is?' because I agree we have to do what we can for the most vulnerable around us that is our children."

With over 29,000 children in the DCS system, Indiana has 13 children of every 1,000 in DCS. That is well above the national average of 5.5 kids in every thousand.