More than a dozen criminal justice leaders from across Indiana are looking into how to solve the state’s jail overcrowding problem. 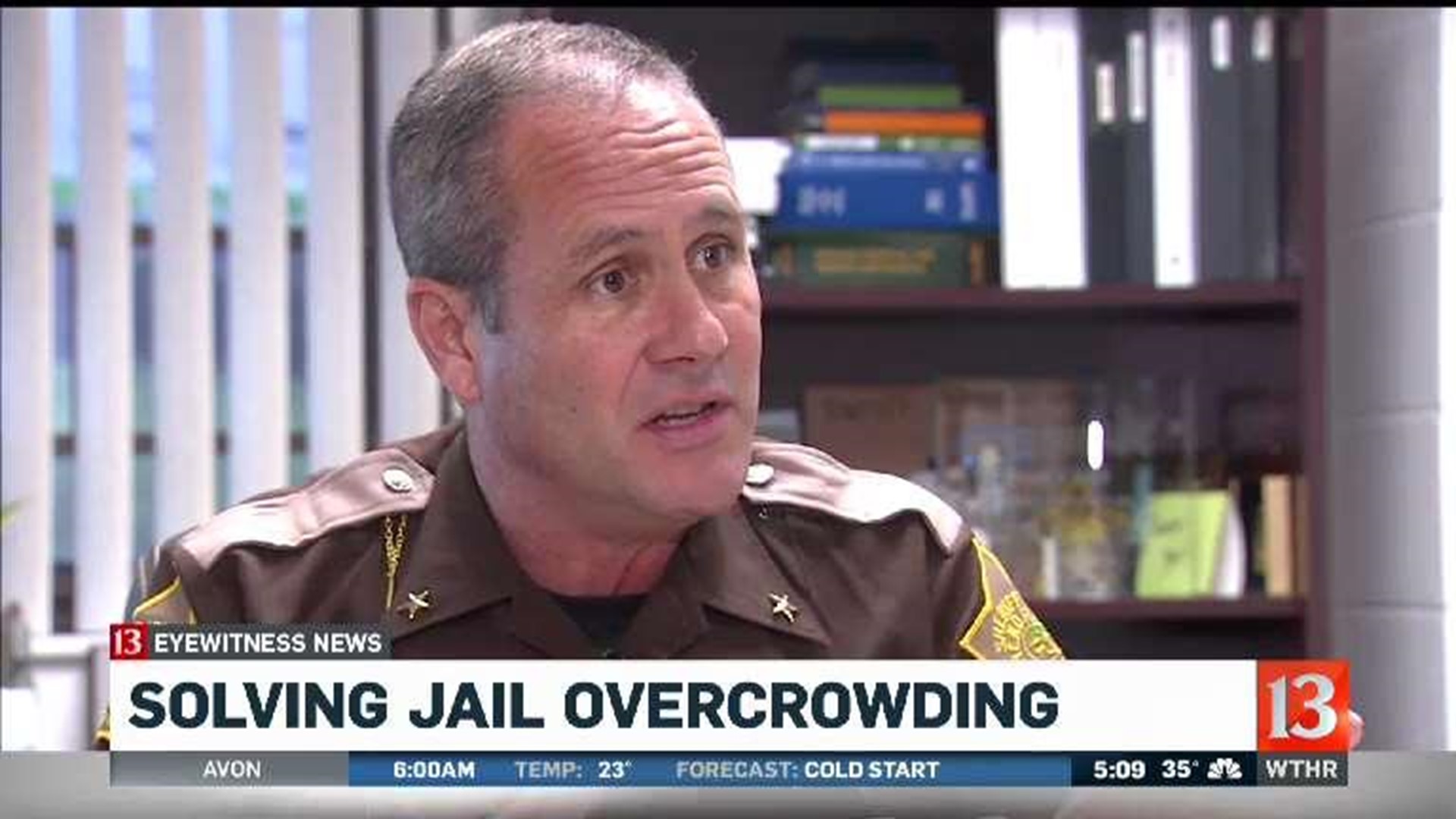 INDIANAPOLIS (WTHR) - More than a dozen criminal justice leaders from across Indiana are looking into how to solve the state's jail overcrowding problem.

According to the Indiana Criminal Justice Institute, 77 percent of Indiana jails are either overcrowded or at capacity.

The 13-member Jail Overcrowding Task Force has been meeting since July to discuss the reasons behind it and possible solutions.

They're also studying how to keep people from returning to jail by offering mental health and drug treatment services and educational programs.

How bad is it?

Ideally, Sheriff Brett Clark says there would be 200 inmates behind bars in the Hendricks County Jail. On Thursday, there were 303.

"When we get into the range of 300 people, we can do it, but it puts our staff and inmates at greater risk," said Clark. "It's not a comfortable situation to be in, but it's one that we're having to deal with every day."

"You see a spike in violence, too many prisoners in too small a space. (It's) very difficult to supervise," said Ken Falk, legal director of the American Civil Liberties Union of Indiana.

Falk said the ACLU has filed lawsuits against several county jails over the last decade due to overcrowding. (Hendricks County was not one of them.)

Falk said the issue doesn't just pose a safety risk. He said it has also caused problems with food delivery and medical care.

"Jails need attention," he said. "We can't sweep the problem under the rug any longer."

How did we get here?

Falk said legislative reforms a few years ago sent low-level offenders to county jails instead of state prisons, which had a cascading effect on the local jail population.

Others point to drugs and mental health issues that result in a revolving door for some inmates.

Clark is one of men and women on Indiana's Jail Overcrowding Task Force. He said he's thankful the state is working collaboratively toward solutions.

"Because every bit of this has a very expensive impact both short and long-term when you think about the issues that we're facing," the sheriff said.

"There's a big push, even nationwide, to work on the ability of law enforcement and (the) judicial system to divert persons who really don't need to be served by a jail environment," said Clark. "Where they may be better able to solve their problems that would prevent them from committing new crimes."

He said some have talked about regional treatment centers for people battling addiction.

"So they can get the help and the treatment they need," said Clark. "It's important to understand that these kinds of ideas don't mean being soft on crime. They just mean being smart about it. because what we're doing currently, at least in general...it isn't working."

"Not a magic bullet"

"This task force is not a magic bullet," Clark said. "But it's putting together folks from all the areas affected by this problem into the same room to try to get the best input we can and come up with a product that would at least provide a starting point for groups across the state that are having to deal with this directly."

You can give your input here until Friday at 3 p.m.

The task force will submit its final report and recommendations to the governor, chief justice and Legislative Council by December 1.

"Nearly all offenders will serve their time and return to our communities," said Indiana Governor Eric Holcomb. "Therefore, we want offenders prepared for a successful re-entry. I look forward to reading the task force's recommendations so we can ensure their time of incarceration is both course correctional and meaningful."