A program awarded millions of dollars by the State of Indiana to provide anti-abortion counseling and services now appears to be stalled. 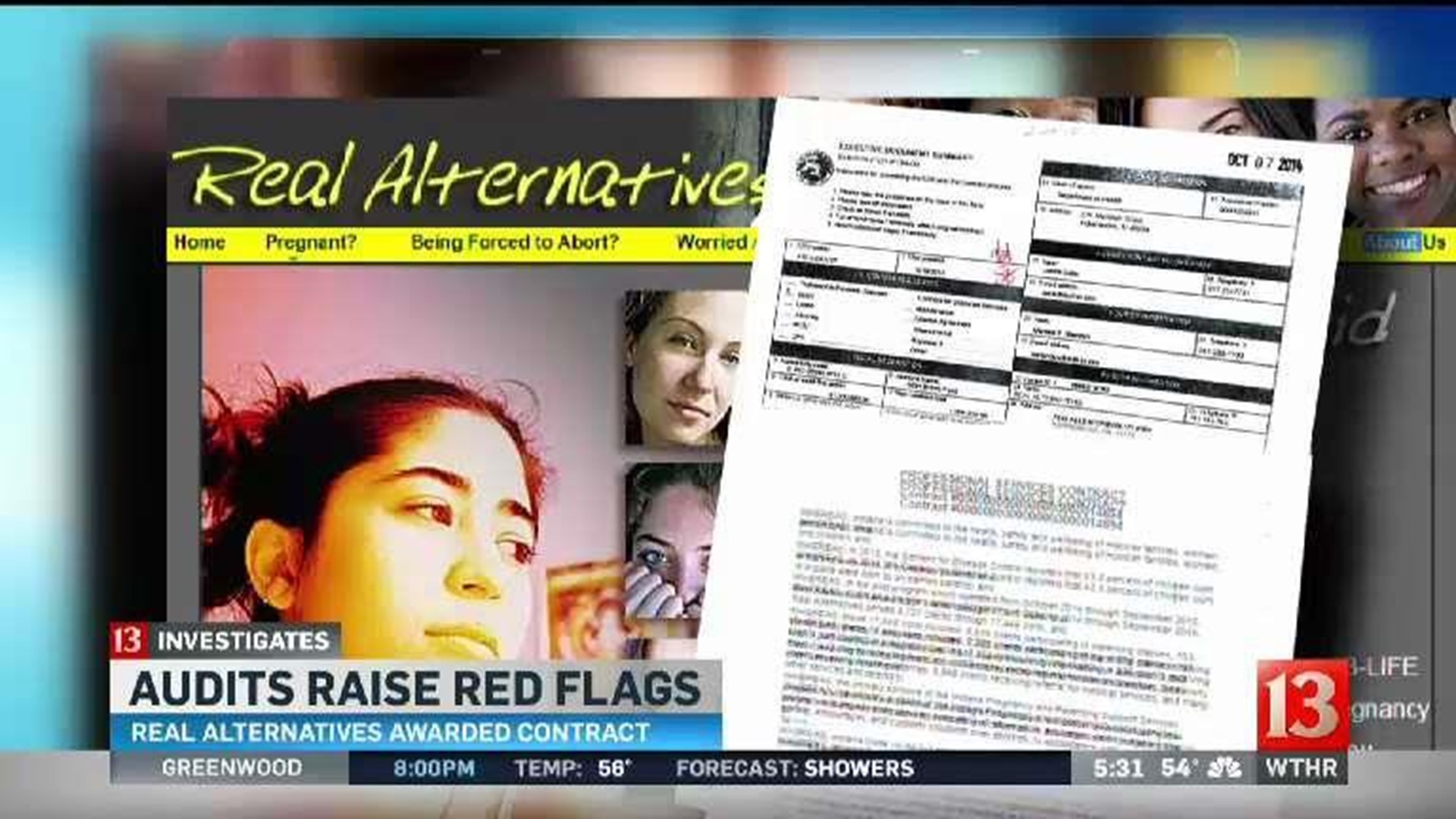 INDIANAPOLIS (WTHR) - A program awarded millions of dollars by the State of Indiana to provide anti-abortion counseling and services now appears to be stalled.

Just a year ago, Gov. Mike Pence announced a new $3.5 million contract for Real Alternatives. The program was up for renewal, but 13 Investigates has learned out-of-state audits are raising questions about inappropriate billing and questionable fees.

On its website video, Real Alternatives is proud of its success. Since a million-dollar pilot program in 2014, the Pennsylvania not-for-profit has been awarded millions more taxpayer dollars - $3.5 million - to help pregnant women in Indiana find alternatives to abortion. Many of the women receive counseling and parenting classes from Women's Care Centers across the state.

Now it appears the program has stalled.

Just weeks ago, before the Indiana program was to renew for a third term, the Pennsylvania Department of Human Services announced a major audit. An earlier review of Real Alternatives uncovered nearly a half million dollars in inappropriate billing and questions about money the not-for-profit was skimming off the top of reimbursements.

According to the audit obtained by 13 Investigates, Real Alternatives accepted incomplete claims and double billings for couples in counseling, creating more than $485,000 in inappropriate payouts.

In a letter from the State of Pennsylvania, "The Grant Agreement does not authorize RA to retain any percentage of the amounts paid."

13 Investigates has learned the three-percent fees were charged in Indiana, too. According to the Indiana State Department of Health, Real Alternatives is charging a processing fee. But it's not spelled out in the 2015 contract.

Bethany Christian Services is one of the local providers who paid the fees. A spokeswoman from that organization's national office in Michigan said they have not received any communication about this year's program from the State of Indiana. It was supposed to start October 1st.

Bethany Christian Services said it is now re-evaluating its program plans for 2017.

The Indiana State Department of Health would not elaborate on the status of the program, only saying, "it is in progress."

13 Investigates has reached out to Real Alternatives for comment about the Indiana fees. No one has returned our phone calls.

The Indiana State Department of Health said it will be looking at that fee closely as it works on renewing the contract.