I-70 reopens to traffic in Hancock County

Interstate 70 is back open through Hancock County following a weekend of emergency road repairs. 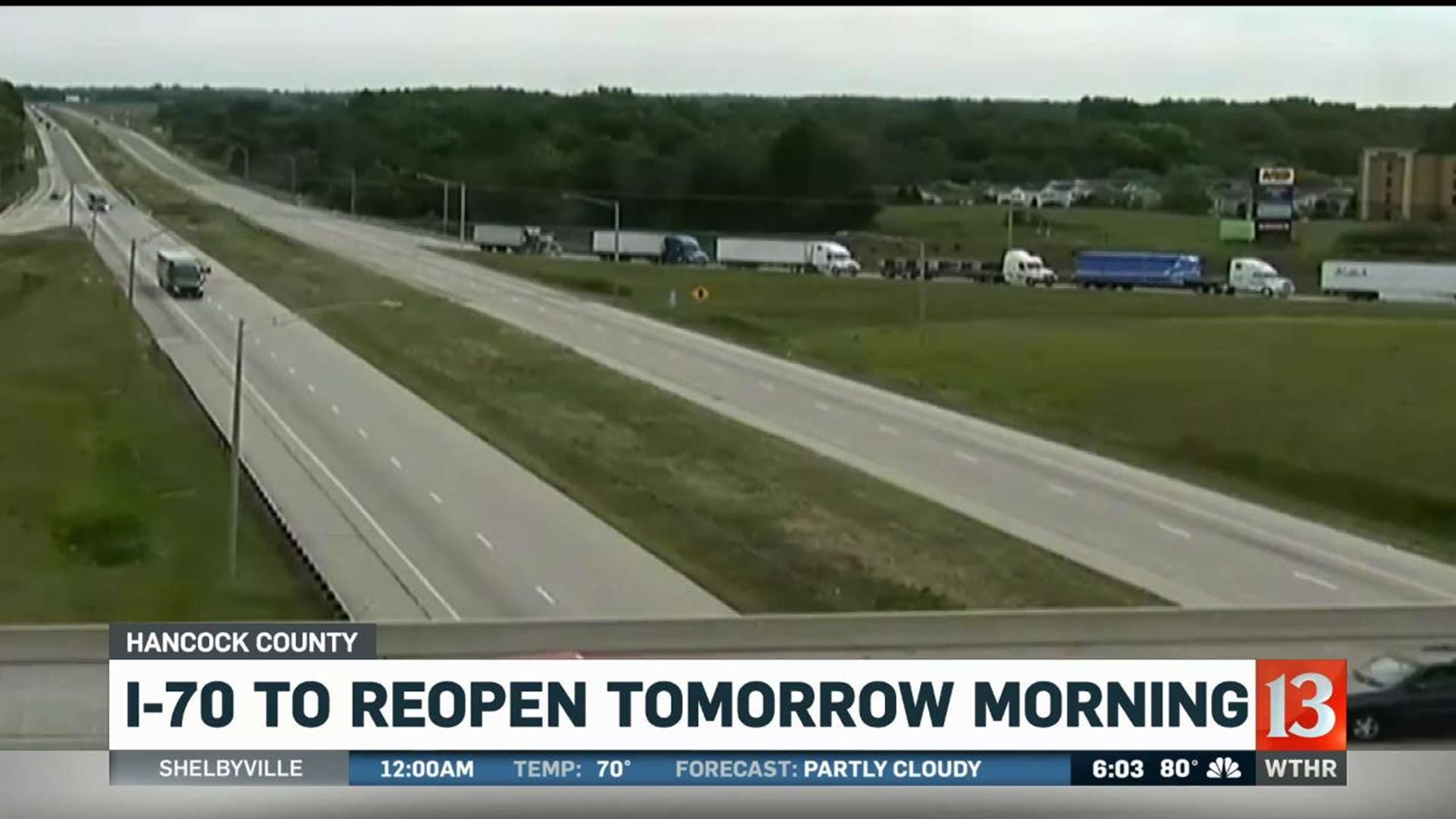 Just after 7 a.m. Sunday, police shut down all eastbound traffic at the Greenfield exit because new holes on the road shoulder in a construction zone on I-70 in eastern Hancock County had developed overnight.

These are some of the holes that we need to pave over before traffic will be safe on the interstate. pic.twitter.com/eqlp1ZQWde

Later Sunday morning, the closure moved west to the Mt. Comfort Road exit and INDOT announced the closure would last through the weekend until Monday morning.

This after an unexpected detour around the same trouble spot Saturday afternoon left traffic backed up for seven miles at one point, stretching west of Greenfield.

Drivers were stuck on I-70 for several hours late Saturday morning into early afternoon.

Some like Nancy O'Neil and her husband and three dogs, got off at an exit as soon as they could.

"This is what we do, get gas, relieve them. My husband gets gas and I take the dogs for a little walk," O'Neill said, walking her dog in the grass next to a gas station.

Drivers in many vehicles didn't even know why they were stopped in traffic. They thought it might be because of an accident and were surprised to learn it was for emergency repairs.

"I'm just surprised they closed it on a Saturday during the day. It's kind of stupid to me," said one woman, heading home to Maryland.

The several hours-long closures, once in the early afternoon and again at 4 p.m. for more than 6 hours, left several drivers frustrated.

Not to mention, many were confused about where to head next.

"I could use the directions in how to detour that way east," said another driver.

"Now I just gotta figure out where I"m going," said yet, another driver.

"I quit driving 70 along time ago because it's so terrible," said Bill Vaughn.

For people like Nancy O'Neil, just passing through from vacation, she's got time to spare and she certainly needed all that time today.

"We're in the RV, so it's very comfortable," said O'Neill.