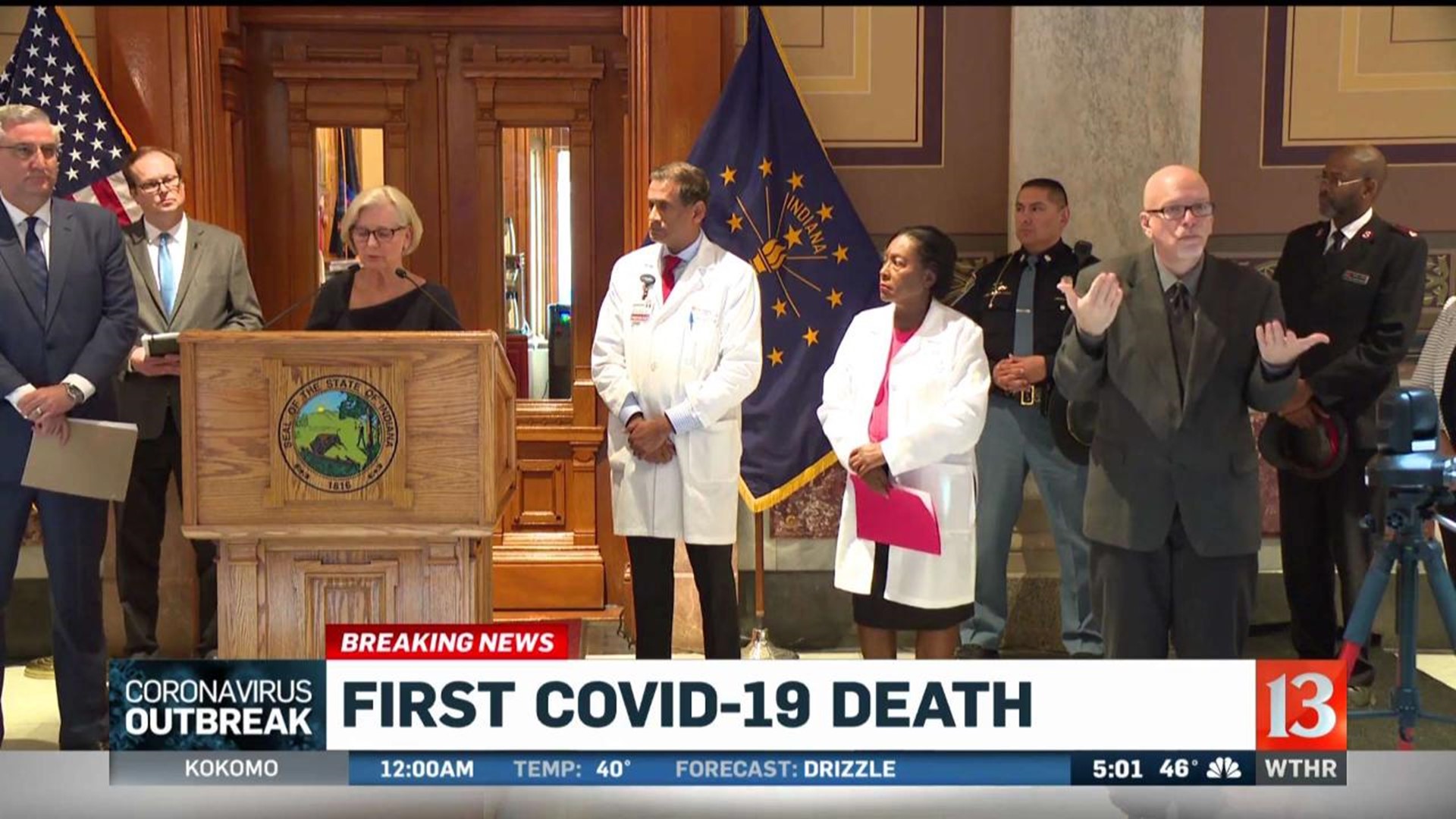 Some of the new measures include canceling events and gatherings of more than 50 or more people, discussing options for the 16 school districts that remain open, and closing bars, clubs and restaurants to in-person customers.

Today I announced more steps to slow the spread of COVID-19.

The Indiana State Museum will close to the public Tuesday and the visitors center at White River State Park will close. Indiana state parks and recreation centers will remain open.

The Department of Workforce Development has suspended rules that require unemployment insurance claimants to physically appear at a WorkOne location to engage in re-employment services over the next four weeks. The DWD is also requesting an expansion of eligibility for unemployment claimants.

To see all the new steps being taken, click here.

Holcomb's announcement did not specify when these new policies would go into effect. Holcomb will hold a news conference at 2:30 p.m. Monday to discuss the changes.

Grocery stores and cafeterias in hospitals, nursing homes and other healthcare facilities will remain open.

Hogsett also asked residents to minimize traveling to only going to work, emergency situations or purchasing groceries or prescriptions.

Hogsett said these guidelines will remain in place through at least the next seven days. According to a press release, he hopes to get approval at Monday night's City-County Council meeting to extend the order through at least April 5.