For years, guests at West Baden Springs have been hiding things in the hotel. And what travelers leave behind is creating a connection among visitors all across the country. 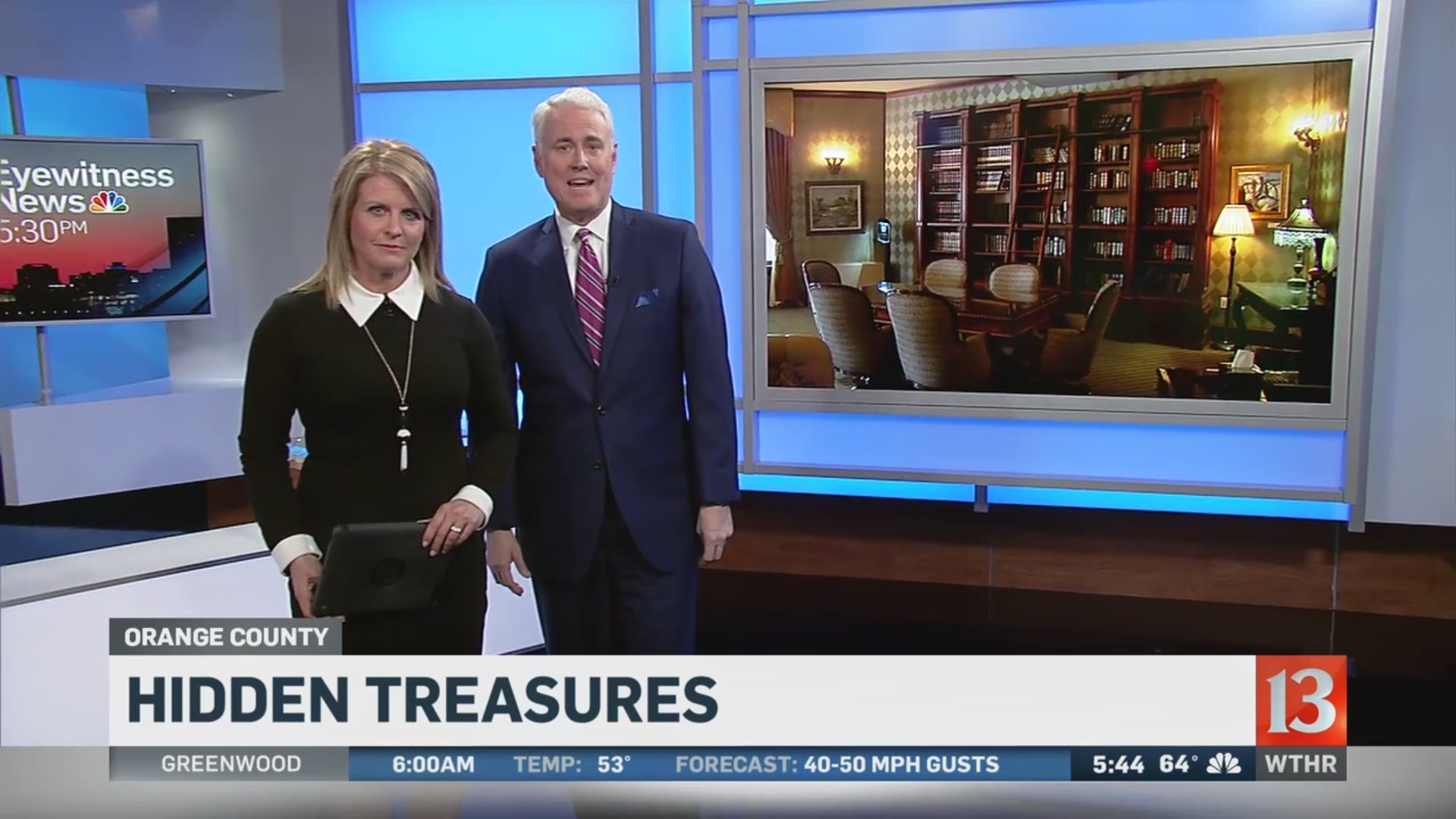 WEST BADEN SPRINGS, Ind. (WTHR) - One of Indiana's most beloved destinations has a secret.

For years, guests at West Baden Springs have been hiding things in the hotel. And what travelers leave behind is creating a connection among visitors all across the country.

So much history is tucked away at West Baden Springs. We can only imagine what stories they'd share, if the walls could talk.

Well it turns out lately, they have.

Dozens of notes and letters are hidden in the pages of classic novels in the hotel library. Words of encouragement, messages of love and hints of humor are being shared by guests who visit.

"He believes the same as I do, that this hotel is magic," one letter reads.

"This one, a 13-year-old is asking for a book recommendation," said Tessa Higgs, with the resort's public relations department. "Someone responded 'read non-fiction, learn all there is to know and make a difference in your lifetime.'"

"This one is from March 2016: 'randomly found this note in the three musketeers. Ha!'," read Guest Services Manager Siobhan Morrison. "Then a lot of people responded. One says, 'What's this? Why is it here?' Someone else replied 'I don't know'. This person says 'Found this note, maybe in a thousand years, it will be some kind of ancient artifact.'"

Morrison is the one who made the discovery - by chance - last year while tidying up some of the more tattered titles.

"I was just here kind of organizing stuff," Morrison explained. "I really didn't expect there to be this conversation going on."

"Amazing. It was an amazing find," Higgs said.

Travelers have been stashing notes in books in the reading room for the past five years. Guests of all ages, from all parts of the country, are making connections with pen and paper.

Dr. Kirsten Lawson, from Pittsburgh, was one of them.

"We were in the library and thought it would be fun to leave a note in one of our favorite books," Lawson said.

Kirsten and her now-husband James first visited the hotel while both were attending Indiana University's School of Optometry. She says on their first visit they stashed a note in the book "The Odyssey" and every year they came back, they'd re-read the note and relive the memories of their experience here.

Later, the library and a secret note officially launched their love story.

"He told me to find the book with our note," Kirsten recalled. "I was very adamant it was in one section of the library and obviously he knew where it was and when we found it, he'd switched out the note that said 'Will you marry me?' on it. It was just a meaningful and very romantic way to get engaged and we actually ended up getting married in a library as an ode to West Baden's library."

The library is now full of memories like that one.

As one traveler wrote "Our part of history!".

"A lot of people feel like the West Baden is theirs," Morrison said. "They're really invested in it. They feel it's a magical place - the history of it, story behind it, the architecture."

And in our modern world of tweet and text, a handwritten note is a hidden treasure, much like the hotel itself.

By the way, we wanted to be a part of this, too.

If you visit West Baden Springs, flip through a few books and look for Jennie's note. Feel free to respond and carry on the tradition.