The Indiana State Department of Health has issued another permit to exhume John Dillinger's body. 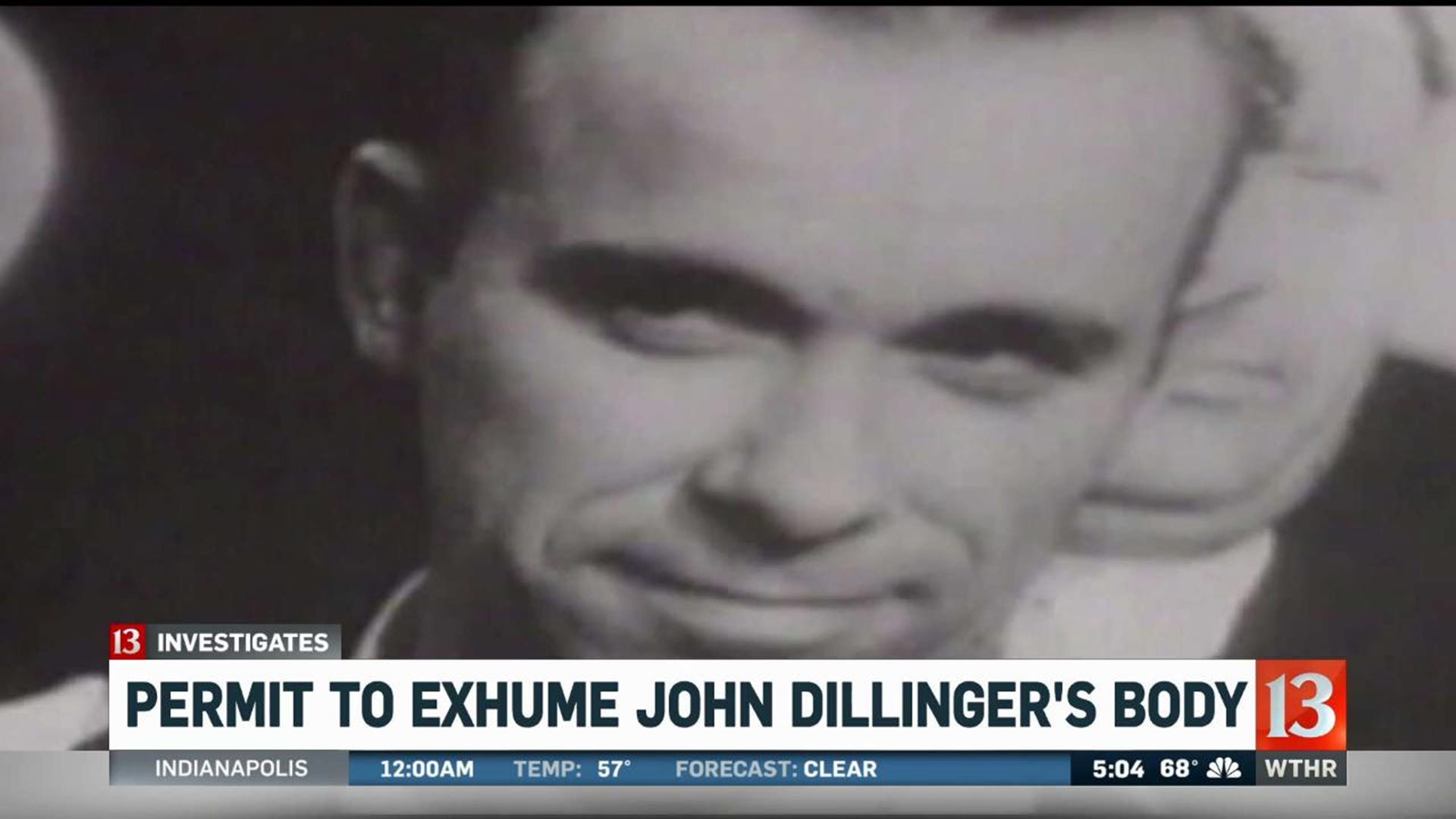 INDIANAPOLIS (WTHR) — 13 investigates has learned that the Department of Health has given approval to exhume John Dillinger's body from Crown Hill Cemetery.

But although the Department of Health has issued another permit, this does not necessarily mean it is going to happen.

Dillinger's body was initially set to be exhumed as part of a HISTORY documentary about the notorious bank robber. HISTORY decided to cease production of that documentary last month.

Despite HISTORY's decision — and opposition from other family — Thompson told WTHR he still planned to go through with the exhumation.

Thompson said he has reason to believe his uncle is not buried in Crown Hill Cemetery. As with previous applications, Thompson notes in the most recent affidavit that he was "presented with evidence that demonstrates that the individual who was shot and killed at the Biograph Theater in Chicago on July 22,1934 may not in fact have been my uncle."

This Dillinger case is tied up in the courts because Crown Hill refuses to disinter the body, according to the attorney who is representing Dillinger's nephew.

13 Investigates has reached out to Crown Hill to find out if this new permit will "green light" the family's effort.