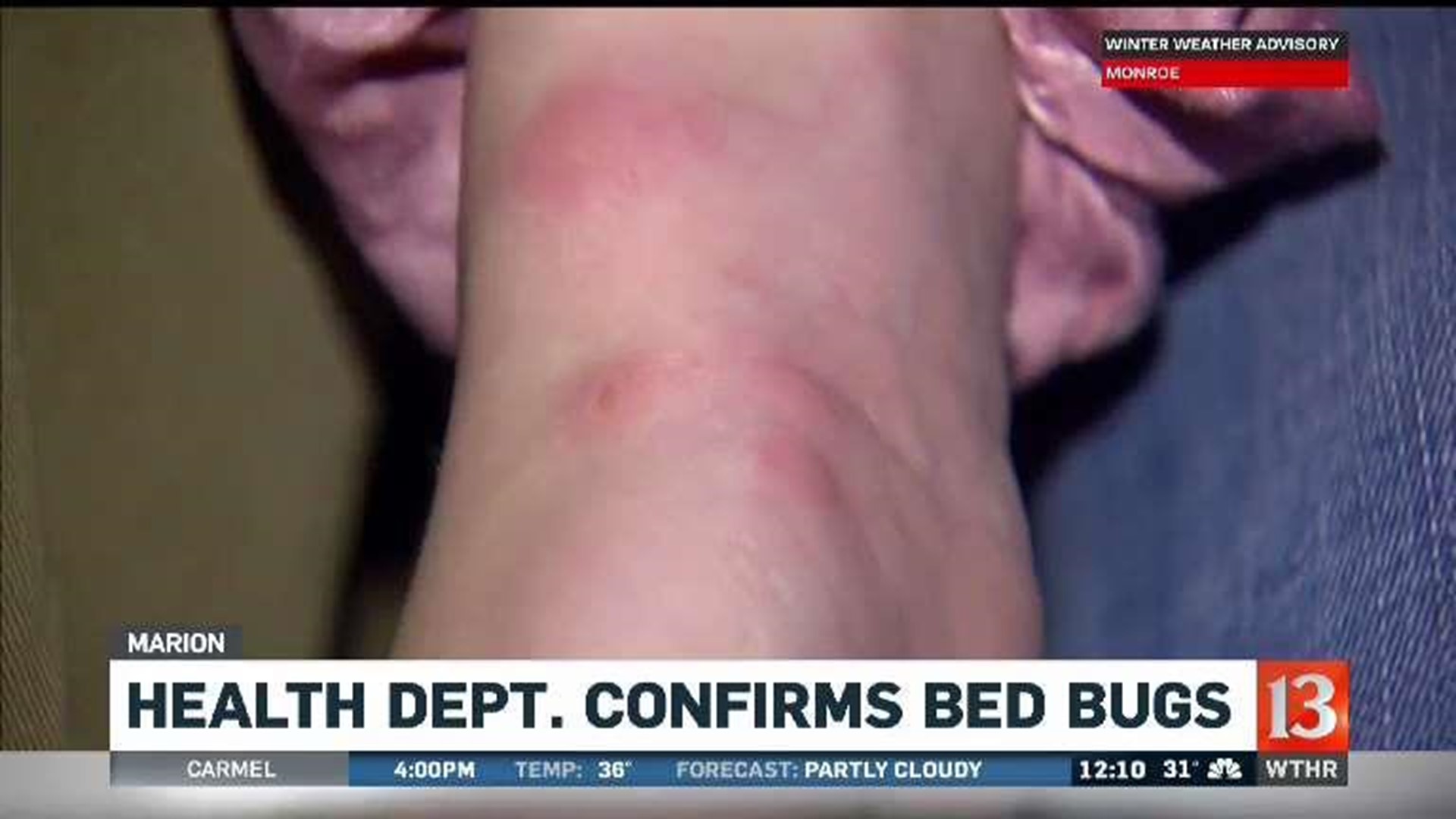 The department told our partners at the Marion Chronicle-Tribune the theater tested positive during an inspection last Friday. An Indianapolis pest control company found bed bug casings in one of four theaters tested at the AMC Classic theater and bed bug eggs in one chair of another theater in the building.

The company treated the chairs where evidence of bed bugs was found, as well as the surrounding seats.

The Chronicle-Tribune reported Tuesday night no other signs of bed bugs were found anywhere else in the theater. That leads inspectors to believe someone with an infestation at home brought the bugs into the theater.

Monday night, a Marion woman told Eyewitness News she was bitten all over her back and arms after going to a movie at the AMC Classic theater.

"About halfway through, she said she felt like something bite her," recalled Dylan Stephenson, whose girlfriend, Adriana Wisner, was the victim of the bites.

Wisner and Stephenson said they left halfway through the movie. Now, they're concerned they may have brought the bugs home.

"I panicked and said, 'You know you guys can bring those home?' and just kind of flipped out," Stephenson's mother Kristi Butche says she told her son.