A mother who lost three of her children when they were hit and killed while getting on their school bus watched the governor sign a new law aimed at preventing it from ever happening again. 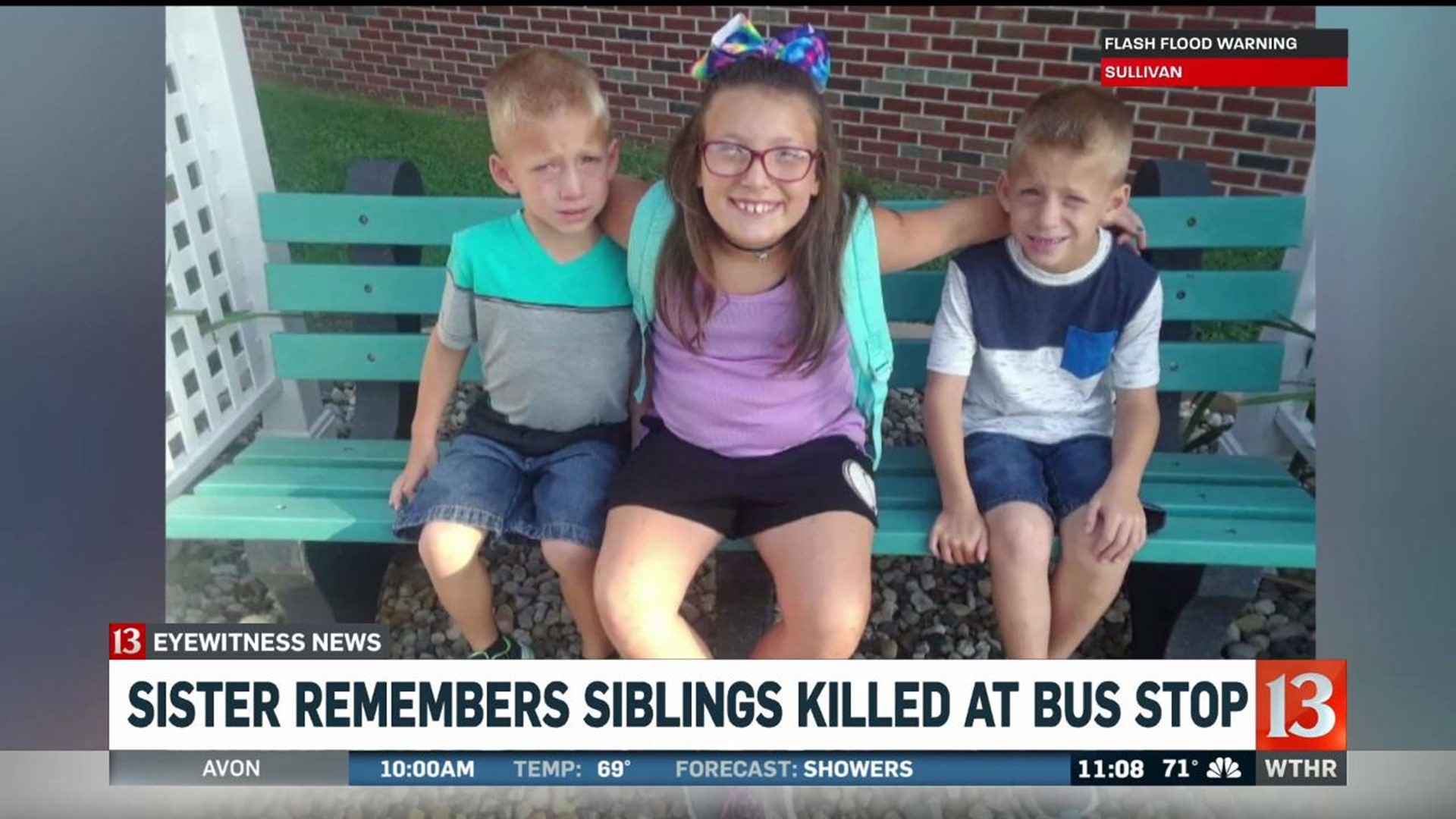 INDIANAPOLIS (WTHR) - A mother who lost three of her children when they were hit and killed while getting on their school bus watched the governor sign a new law aimed at preventing it from ever happening again.

"I did not want my children to die in vain. Today, they did not die in vain. They are, in fact, saving other children's lives," said Brittany Ingle.

The incident in late October 2018 is one of those incidents that demands you take notice. Nine-year-old Alivia Stahl and her twin six-year-old brothers, Xzavier and Mason Ingle, were struck and killed by a pick-up truck as they crossed a road to board their school bus.

Their parents immediately went to work to get legislation passed to get tougher laws on the books for those who fail to stop when a school bus has its stop arm extended.

"What are we going to do? How can we make something so tragic come out positive?" Ingle said.

Wednesday, Governor Eric Holcomb signed their bill into law as they looked on.

"We thought it would be a long road. Surprisingly, seven months and we made it," Shane Ingle said.

The bill allows judges to suspend a driver's license for 90 days for passing a school bus with its stop arm extended. It also toughens the penalties for repeat offenders.

"There are three empty chairs at our dinner table. It's hard to keep going," Shane Ingle shared.

They kept busy speaking out at the Statehouse. And now?

"We are going to take some time to heal. We put all of our energy after the accident into this," Shane said.

There is the obvious next step, as painful as that might be. The trial for 24-year-old Alyssa Shepherd, who was driving the pick-up truck that struck their children.

"It's going to be hard to sit there with the lady who killed your kids and hear why she did it and why she thought it was OK, her excuses. It's going to be tough," Ingle said.

But even 12-year-old Selena, who witnessed the accident, knows their work was important.

"Making our siblings proud. I don't want anyone to face what I am facing and my mom and stepdad and my dad are facing. My sister and my brother would be so proud and they are proud," she said.

It will not bring their three children back, but the governor signing a new bus safety bill into law proved, according to their mother, that the three didn't die in vain.

"It was worse for me, because I got to see it," Selena told Eyewitness News reporter Kevin Rader outside the governor's office.

Not a day goes by that she doesn't think about her sister and brothers.

"I want everyone to not hurt with their children and I want bus safety to keep going to other states," Selena said.

After all this family has been through, they won't allow Selena to ride the school bus.

"She returned to school a couple months after. Even for field trips, we drive. It will take a while. She wants to be real and live her life, but it will be a while," Brittany said as she stood behind her daughter and gave her a hug.

But this 12-year-old knows why this bill was important.

"So they don't have to go through what I am going through, losing three of my siblings and I am the only child now and I don't know what to do, 'cause it's hard for me. I have never been an only child. I am used to having other siblings around, messing around and all of that and I miss it very much," Selena said.

"Now we just need to focus on ourselves as a family and figure out where we are going to go next," Shane Ingle said.

But mom did offer some advice.

"Be cautious. Hug your kids everyday. Tell them you love them. Don't take life for granted. It's short. Enjoy them," she said.

They admit this bill does not have everything in it they were hoping for, but they agree this is a start. Now they just want to take time to grieve.