Governor orders CBD oil inspections but no confiscations for 60 days 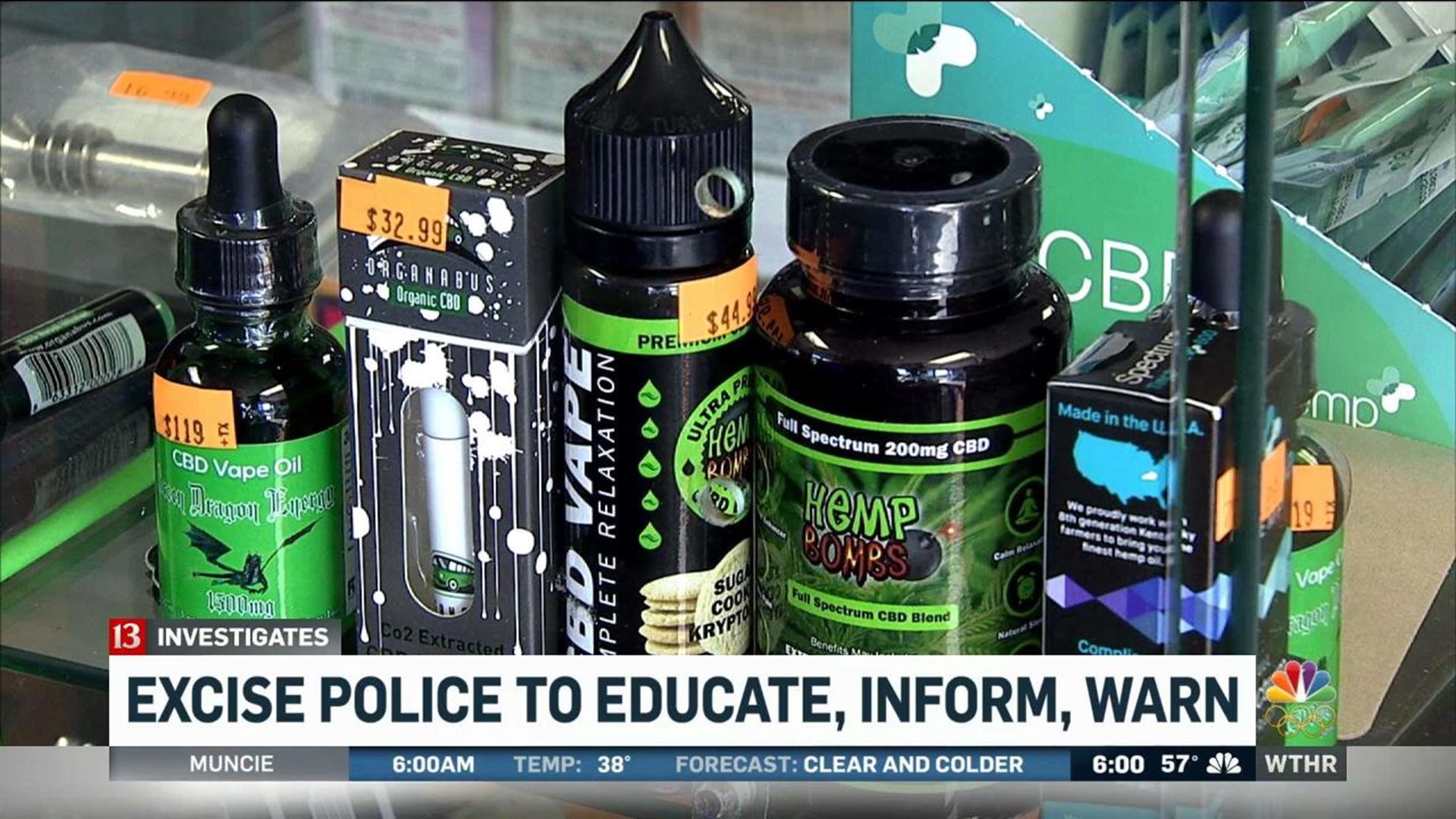 But unlike the CBD oil raids conducted by excise agents earlier this year, the governor wants excise officers to educate and warn store owners instead of citing them for violating Indiana law.

The governor’s announcement comes one week after Attorney General Curtis Hill released an advisory opinion that declares CBD oil products illegal to sell or possess in the state of Indiana.

That opinion left CBD retailers and users anxious about how state agencies would respond and how strictly they would enforce the law.

“Applicable law and opinions guide me to direct the Excise Police to perform normal, periodic regulatory spot checks of CBD oil products, focusing on those products which contain any level of THC,” the governor wrote in a statement e-mailed to Eyewitness News. “Because CBD oil has been sold in Indiana for several years, the excise police will use the next 60 days to educate, inform and issue warnings to retailers so there is a reasonable period of time for them to remove products that contain THC. In the meantime, the General Assembly will have the opportunity to review existing CBD oil laws, as well as labeling requirements, while no confiscation of products occurs.”

A spokeswoman for the governor’s office told 13 Investigates that no determination has been made about what will happen after 60 days. Based on what actions – if any – are taken by state lawmakers, the education period could be extended or excise police could be instructed to launch a new CBD crackdown.

In the short term, that's good news for stores that are well stocked with CBD oil. Some of them, like Happy Daze smoke shop in Indianapolis, were raided by excise police earlier this year and cited for possession of marijuana, simply for selling CBD oil. Co-owner Jeff Shelton says he's had a run on CBD oil after customers heard of the attorney general’s decision, but he acknowledges his days of selling CBD oil may be numbered based on the recent announcement by the governor.

“We're going to sell what we have remaining, and then we probably won't carry it again until this stuff is all ironed out,” he said.

Other stores, such as Georgetown Market, have no plans to stop selling CBD oil.

“I’m glad the governor is giving a warning and there’s no confiscations, but I still feel Indiana law still excludes industrial hemp from the definition of marijuana so I plan to continue with business as usual,” said Georgetown Market owner Rick Monteith.

The governor’s announcement – telling excise officers to focus on CBD oil products that contain any level of THC – seems to be at odds with the attorney general’s legal opinion, causing further confusion for CBD oil retailers.

Customers who rely on CBD oil to relieve pain for themselves, their family members, or their pets, say they are both confused and nervous. Following the recent announcements by state leaders, many are now scrambling to purchase any CBD oil they can find.

“I see the thing on the news where they're trying to pull it from store shelves so...I’m getting it while I still can,” said Kim Irwin, who rushed to Fresh Thyme Market in Avon after she heard about the governor’s statement. “When it's the only thing that helps, you do what you have to.”

Kim purchased a bottle of CBD oil and a tube of CBD cream for a family member suffering from severe diabetes. She said the CBD oil is the only product that alleviates her spouse’s chronic pain, and she worries Indiana law could soon take away that remedy.

“It's hard to see someone you love in pain, so that's why I buy it,” she said.

So what can CBD users and advocates do? Many store owners are giving their customers the same advice:

“I’m telling them to contact their congressman, their senators, the governor to get a bill passed where everybody can benefit from it,” Shelton said.

At least three Indiana lawmakers plan to introduce bills to legalize CBD oil in the upcoming legislative session, which begins in January. Several other states have already passed laws that make CBD oil legal for all residents. Indiana passed a limited CBD law this spring, which legalized CBD oil only for epilepsy patients who suffer from untreatable seizures, who get a medical authorization from their doctor and who register with the state health department. The United States Congress is considering a bill that would legalize CBD oil nationally.