An 18-year veteran of the U.S. Capitol Police died after he was rammed by a vehicle. A second officer was also injured in the attack. 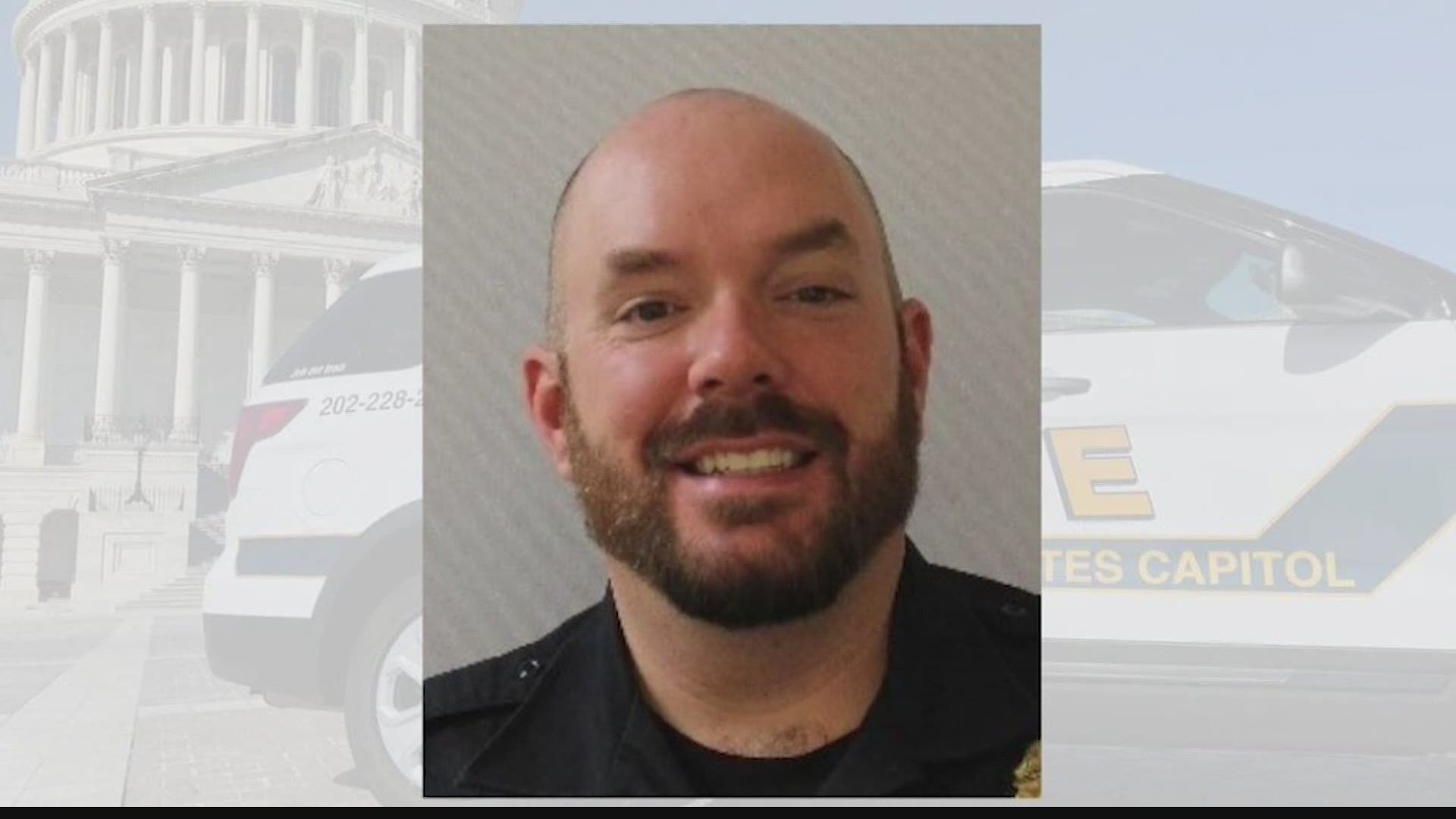 INDIANAPOLIS — Gov. Eric Holcomb has directed flags at homes and businesses across Indiana to fly at half-staff following an attack that killed a U.S. Capitol police officer Friday.

President Joe Biden ordered flags at the White House and all federal buildings be flown at half-staff until sunset on Tuesday, April 6. Holcomb's directive asks Indiana residents and businesses to follow suit.

Two Capitol Police officers were rammed by a vehicle allegedly driven by 25-year-old Noah Green, who authorities say lived in Indiana. Officer William "Billy" Evans later died from his injuries. The second officer was taken to the hospital.

Green, who authorities said got out of his vehicle and lunged toward police with a knife, was shot by one of the officers and also died at the hospital.

According to WVEC-TV, Green was a native of Covington, Va. and played football for two seasons at Christopher Newport University.

Biden says he and first lady Jill Biden are heartbroken over the death of Evans, an 18-year veteran of the Capitol Police force.

Biden says he knows what a difficult time it’s been for the Capitol and all who work there and protect it. Friday’s incident came about three months after the Jan. 6 insurrection that killed a Capitol police officer and four other people.

Biden released the statement from the Camp David presidential retreat, where he is spending the weekend.

He expressed gratitude to the Capitol Police and the National Guard troops for responding quickly to the attack.

It's the third time in two weeks the governor has directed flags to fly at half-staff in Indiana. He also issued the order March 19 after eight people were shot and killed at spas in the Atlanta area and again on March 23 following the fatal shootings of 10 people in Boulder, Colo., including police officer Eric Talley, a Ball State University graduate.