Patrolman Rob Pitts, a 16-year veteran of Terre Haute P.D., died Friday in a shootout with a suspect. 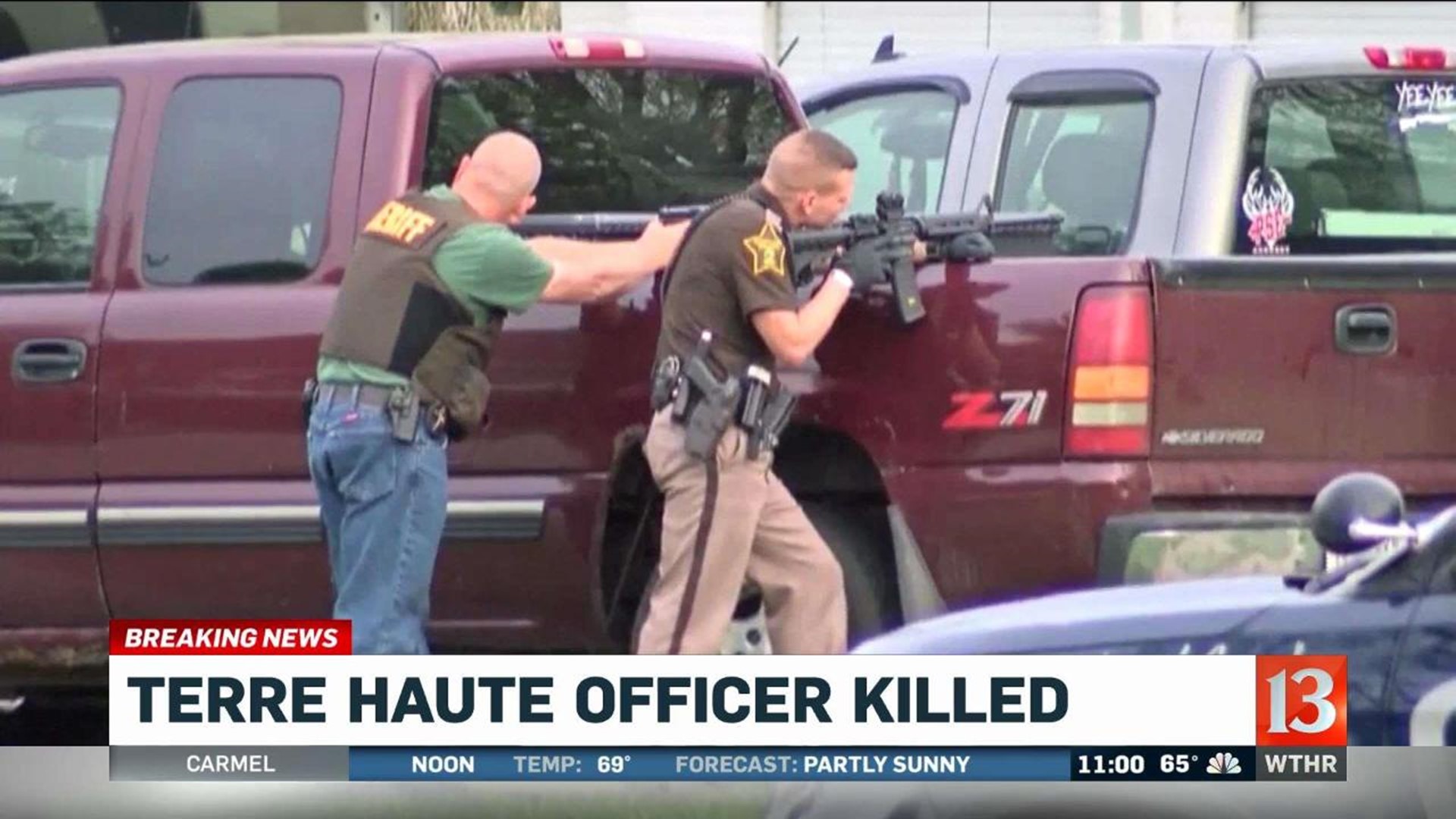 Ofc. Rob Pitts' visitation will be Tuesday with a family and friends viewing from 11 a.m. - 2 p.m. and a public viewing from 2 p.m. - 7 p.m. The funeral will be Wednesday at 11 a.m. All events will be at ISU's Hulman Center.

Donations to support Ofc. Pitts' family can be made at any Fifth-Third Bank branch by mentioning the "Officer Rob Pitts Memorial Fund."

Pitts died Friday when he and three other officers responded to an apartment in The Garden Quarter around 6:30 p.m. as part of a homicide investigation. As two officers came up, police say the suspect started shooting at them.

Patrolman Pitts was killed by a single shot to the head, according to the Vigo County Coroner's Office. He was a 16-year veteran of Terre Haute P.D.

Many members of the public turned out in Terre Haute Saturday, May 5, 2018, in a show of support for the police department after the line-of-duty death of Ofc. Rob Pitts the day before. (Tribune-Star Photo/Sue Loughlin)

Chief John Plasse was overcome by emotion while addressing the media about the shooting.

"The officer was a very brave officer, and he was doing his best to protect all of us, so keep that in mind, keep in your prayers and his family," said Vigo County Prosecutor Terry Modesitt.

Pitts was part of a team that began a homicide investigation earlier Friday. Police have not said when that homicide occurred. The investigators gathered information on the location of a suspect and responded to that address.

Multiple police agencies, including Indiana State Police, responded to the scene, where they reported the suspect was barricaded inside a residence. About an hour later, police said the suspect was injured and detained.

Police said at a press conference Friday night that the suspect was also hit by gunfire in the shootout and had died. The suspect's name has not been released, but police confirmed the shooter was a suspect in the homicide that was being investigated.

That autopsy is scheduled for Monday.

"We're unfortunately seeing this too often where people are engaging with law enforcement and we're losing our lives and other officers are too in those cases. I would just ask that you keep our officers in your thoughts and prayers," Plasse said.

"I ask Hoosiers around the state to join me in honoring Patrolman Pitts' service and dedication," Holcomb said in news release.

Pitts' death is the first officer death in the Terre Haute Police Department since July 2011. That's when Ofc. Brent D. Long was killed while serving an arrest warrant with a U.S. Marshal's Fugitive Task Force.

The 34-year-old had worked for the department for six years.