Former state VA head facing his own wait for benefits

Veterans and senators are calling for action after waiting years for benefits. 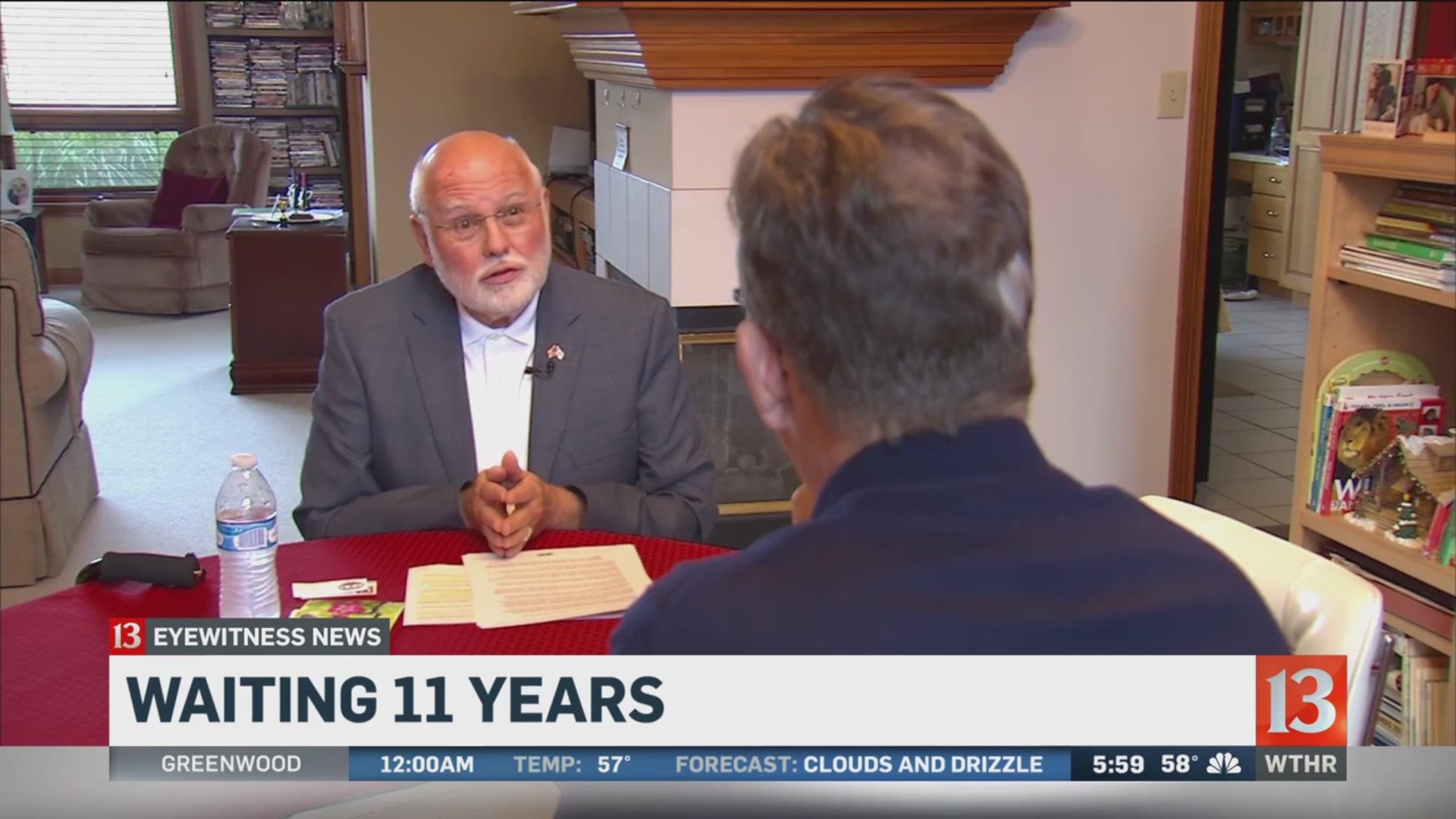 FRANKLIN, Ind. (WTHR) - Veterans and senators are calling for action after waiting years for benefits.

Donald Peek Jr. has served his country twice - first in the military then as a member of the Indiana Veterans Affairs Commission during Evan Bayh's administration.

He had no idea he would have to fight again at age 68.

Peek suffered injuries to both of his knees, which leaves him walking with a cane.

He knew his appeal would be denied, he just had no idea how long it might take.

But that is not all of it. He recalled a phone call he received.

"Did you know you had a 12:30 appointment? I look at the computer and it says 12:39. One of the biggest things the VA says is we have a tremendous no-show. We set appointments and vets don't come for whatever reason. The reason they don't come is they have not been notified. Congress is upset with the VA because they are not working quickly, so if we plug in the names and the vet doesn't come in, we have done our part and the VA has done their part," he explained.

And you can't go in if you don't know you're supposed to be there.

He compares it to a ping pong match that is costing lives.

"I received this card from somebody in my group (saying) basically, 'I have given up all hope'," he says as he picks up the card on his dining room table, his eyes welling up with tears.

He fears there are plenty other veterans out there just like the man who wrote this card.

"This is an injustice that has to stop," he declares with the determination of a veteran.

He is hoping that starts tomorrow, when Senator Todd Young is expected to call for action as he presses the Veterans Administration in Indianapolis on those long wait times.