Dr. Mike McCloskey put out a video statement on the farm's Facebook page. 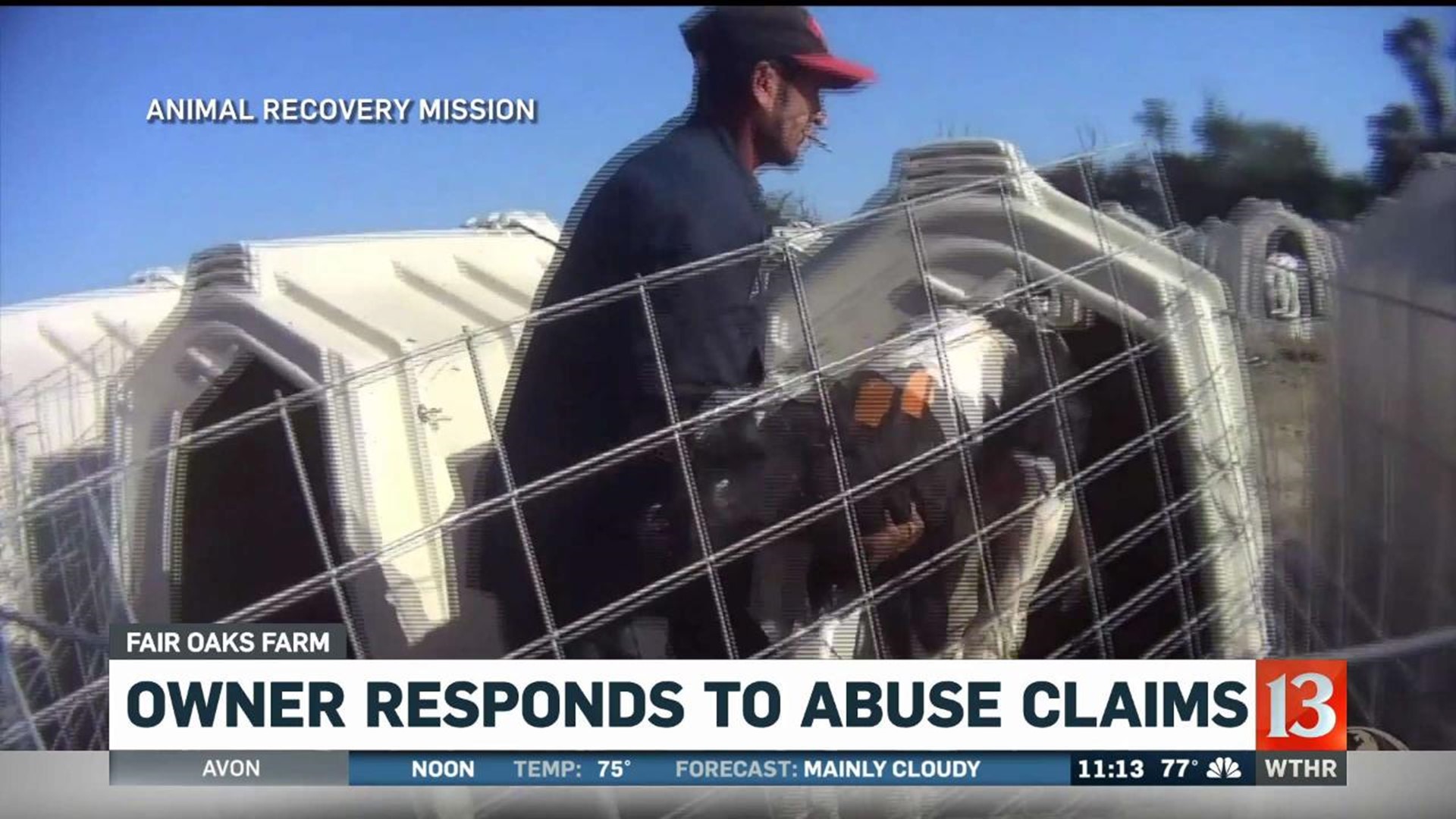 NEWTON COUNTY, Ind. (WTHR) — The founder of Fair Oaks Farms is responding to video showing animal cruelty and abuse on the farm.

Dr. Mike McCloskey put out a video statement on the farm's Facebook page.

"I am sorry and I apologize for the footage in this video," Dr. McCloskey said.

He then emphasized that every employee goes through animal welfare training before they start their job, then participate in continuous training throughout their first year. All employees also sign a document that if they see abuse they will report it.

Dr. McCloskey said all four employees seen in the ARM investigation video had undergone training and signed the document.

He pointed out that three of those employees had been reported by other employees and terminated three months ago "before we even knew there was any undercover video." He said they were not aware of the fourth employee's involvement until the video was released, and that person was terminated as soon as they saw it.

"I am focusing on putting cameras on the property where we have any animal and personnel interaction," Dr. McCloskey said about the immediate steps they're taking.

He said they trusted their employees to uphold their values and that's why cameras weren't in place before.

"As hard as we try, you can always end up with bad people within your organization and this is what happened to us," Dr. McCloskey said.

There will be an exhibit in the Dairy Adventure Center at the farm that will include screens showing cameras where animal and personnel interaction is happening. That area will be open to the public and the cameras will also be viewed by a highly trained worker.

Fair Oaks is also contracting with a well-established animal welfare organization to conduct unannounced audits at the farm with total access, according to Dr. McCloskey. He expected those audits to happen every two to four weeks. An animal welfare expert will also be hired to work on the farm in a role where they will oversee employee and animal interaction to ensure a high standard of animal welfare.

Dr. McCloskey said they are working with the county attorney to review the video and prosecute any animal abuser. He said if there is any animal abuse going forward, those employees will be prosecuted as well.

Dr. McCloskey said he believes all of these changes will prevent future issues and they will share changes and progress over the summer with the public.

"I am committed to never again have to watch a video of our animals suffering they way that they suffered," Dr. McCloskey said. "I guarantee you that this will not happen again at Fair Oaks Farms."

ARM says extended video will be released Friday showing more employees involved in the abuse. An ARM representative also said none of the employees seen in the video abusing animals are members of ARM or any other animal rights group to the best of their knowledge.

The Newton County Sheriff's Office is investigating the video and the people seen in it, as well as the member of ARM who took the video because he did not immediately report what he saw.