It's driving simulator shows the consequences of driving while drunk, distracted and under the influence marijuana. 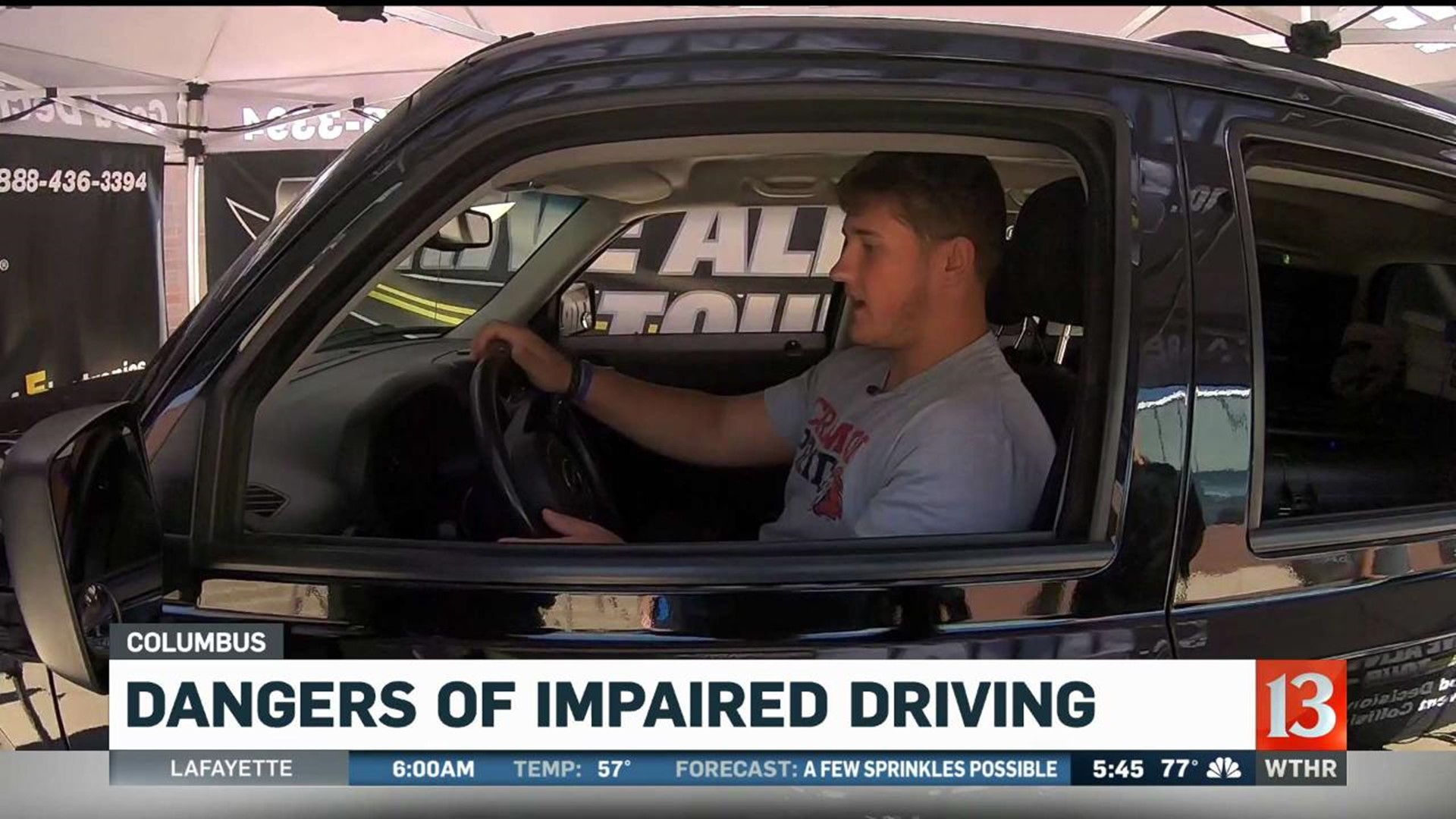 COLUMBUS, Ind. (WTHR) - Students at Indiana University - Purdue University Columbus got the chance to see the dangers of driving while impaired and not just after having too much to drink.

Freshman Shon climbed in the front of an SUV, put on his driver's goggles and prepared to go for a spin. His driving "instructor" Cameron Dodgson said, "I gave you one joint and the speed limit is 35 mph" before sending him down a busy downtown street.

But Shon wasn't high and he wasn't going anywhere. The SUV was in "park," equipped with an Arrive Alive simulator meant to provide a glimpse of what driving high might look and feel like.

Michigan-based UNITE was on campus Tuesday as part of its "Arrive Alive Tour."

Its driving simulator shows the consequences of driving while drunk, distracted and under the influence of marijuana. Dodgson, who works for UNITE, said they debuted the simulator earlier this year.

He said it's in response to the growing number of states that have legalized marijuana, including Michigan, which recently signed off on recreational use. Marijuana is not legal in any form in Indiana.

Dodgson said the simulator allows people to "experience the ramifications of driving under the influence...while in a safe environment and it's very eye-opening."

As Shon navigated the road, a video monitor alongside the parked vehicle showed the animated point-of-view from the driver's seat.

"Oh, the brake is really sensitive," he said approaching a red light. He managed to stay in his lane until he got to a tunnel where he began weaving.

"There's definitely swerving. It's really hard when you go to turn," he said.

Dodgson said, "we put delay on the controls and it simulates the delayed response time you experience while you're under the influence of marijuana and we turn the lights up brighter so it creates a pulsing white light."

When we test drove the simulator while "high," the controls or moves felt exaggerated at times. But as Dodgson said the point is to give people an idea of what it's like to drive impaired without being impaired.

Shon said the experience gave him a new perspective.

"A lot think of people think it's OK to drive while high," he said. "They don't think it's that big of a deal, but from I've seen, if it's like that, it's definitely really hard."

Dodgson said the same goes for texting while driving, which the simulator also recreates.

Marijuana use among teens

Marijuana vaping has also increased among kids in 8th, 10th and 12th grades.

There are resources that help with things you can do ar home to help your child understand the dangers of marijuana use: