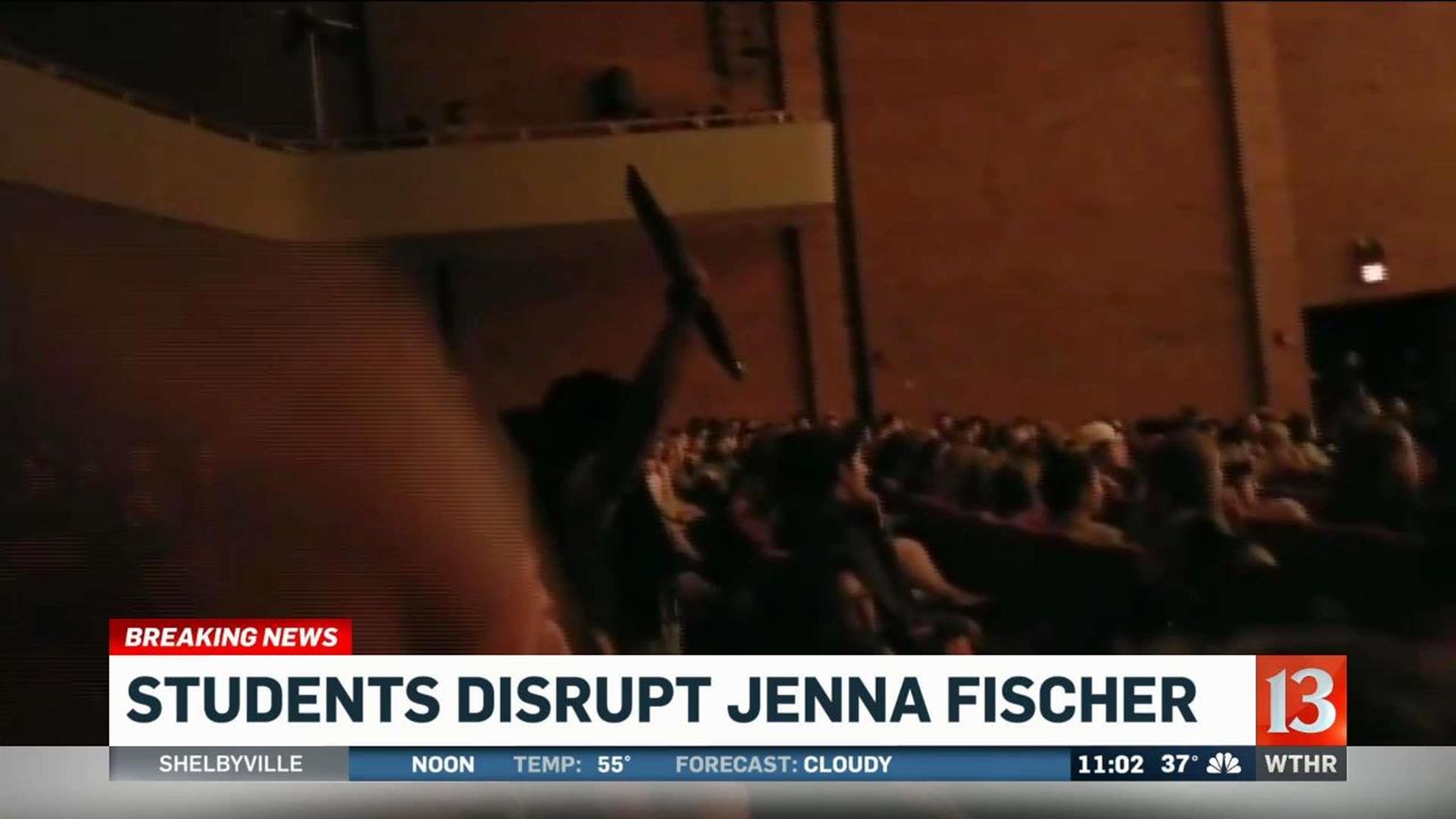 About 20 minutes into the program, someone blew a whistle and a group of about 200 African-American students began to talk. An Eyewitness News producer who was at the event said they spoke of racial injustice and not feeling safe on campus.

Fischer, a Fort Wayne native who used to star on NBC's "The Office," was moved by what she was seeing and hearing and didn't stop the protest. She was back in Indiana to speak about her new book, "The Actor's Life: A Survival Guide."

DePauw administrators said in a tweet Tuesday night that police and campus safety officials are investigating racist messages written in campus restrooms and in the DePauw Nature Park, where someone formed the "n-word" in rocks in the park. Officers were also investigating "offensive behavior" exhibited by a student.

A homophobic and anti-Semitic message was also found in a restroom.

University President D. Mark McCoy sent a letter to the campus community about the incidents on Monday.

"I write you to address unacceptable incidents that have occurred since we wrote to you last week. I want to state categorically that slurs, threats or intimidation are never welcome on this campus. We will be taking a host of actions and you will hear additional comments from me in the coming days. Make no mistake, we will take every action available to us to address these incidents," McCoy wrote.

McCoy said campus officials have also reached out to safety officials in the city and state about the incidents.

"Although we don't yet know when these words were written and regional public safety officials do not report any uptick in hate group activities in our area, we remain hyper-vigilant in monitoring such activity," McCoy's message continued.

Anyone with information about the issues is asked to email incident@depauw.edu to report them.