The Lawrence County government is trying to recover from a cyberattack that has affected most county offices. 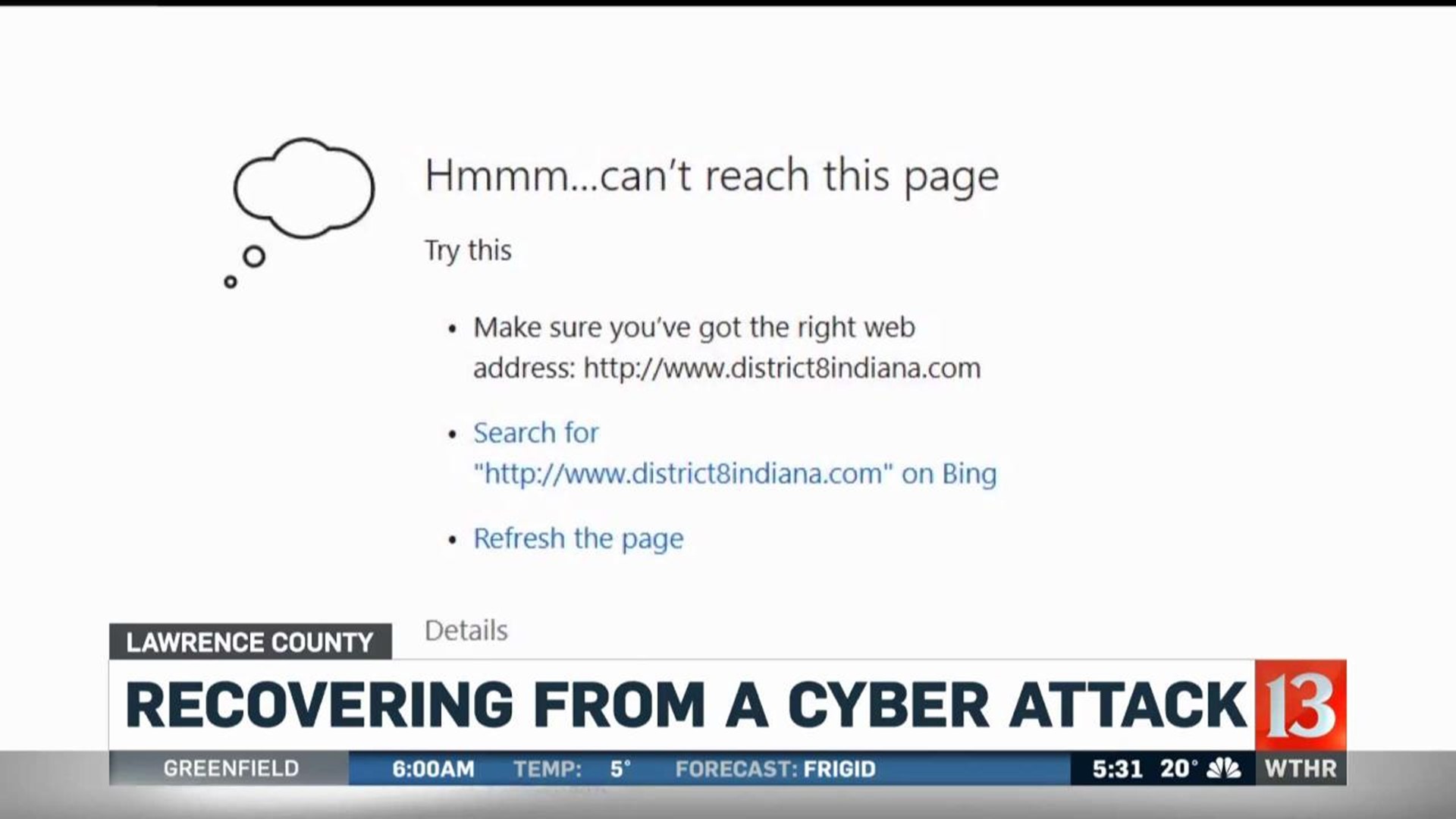 BEDFORD, Ind. (WTHR) - The Lawrence County government is trying to recover from a cyberattack that has affected most county offices.

Inside the courthouse in Bedford, many government offices and essential services are doing a lot of paperwork because their computer systems are useless, shut down by a cyberattack.

According to a Facebook post from the sheriff's department, the attack hit eight days ago, impacting multiple critical systems and effecting most county offices.

The department is unable to process gun permits and accident reports. Some systems, the prosecutor’s office and courts among them, have their computers working again.

Security checkpoints have security cameras operating, but no working telephones or computers. The auditor’s office is computerless and so is the office providing essential help to local veterans.

Requests for information were directed to the county's Emergency Management Director Valerie Luchauer. In a phone conversation, she said the county had not received a ransom demand.

She cancelled an interview, but later in a written statement, she called the attack “a ransomware event” and said, “We have reported the incident to law enforcement and are working with the appropriate state authorities to try to resolve this incident.”

According to Luchauer, county offices are getting back in business.

How long that will take, how much damage has been done and who may be responsible are among many unanswered questions.