Royal Caribbean cited video showing Chloe Wiegand's grandfather holding the girl out an open window of its Freedom of the Seas cruise ship before the toddler fell to her death in July. 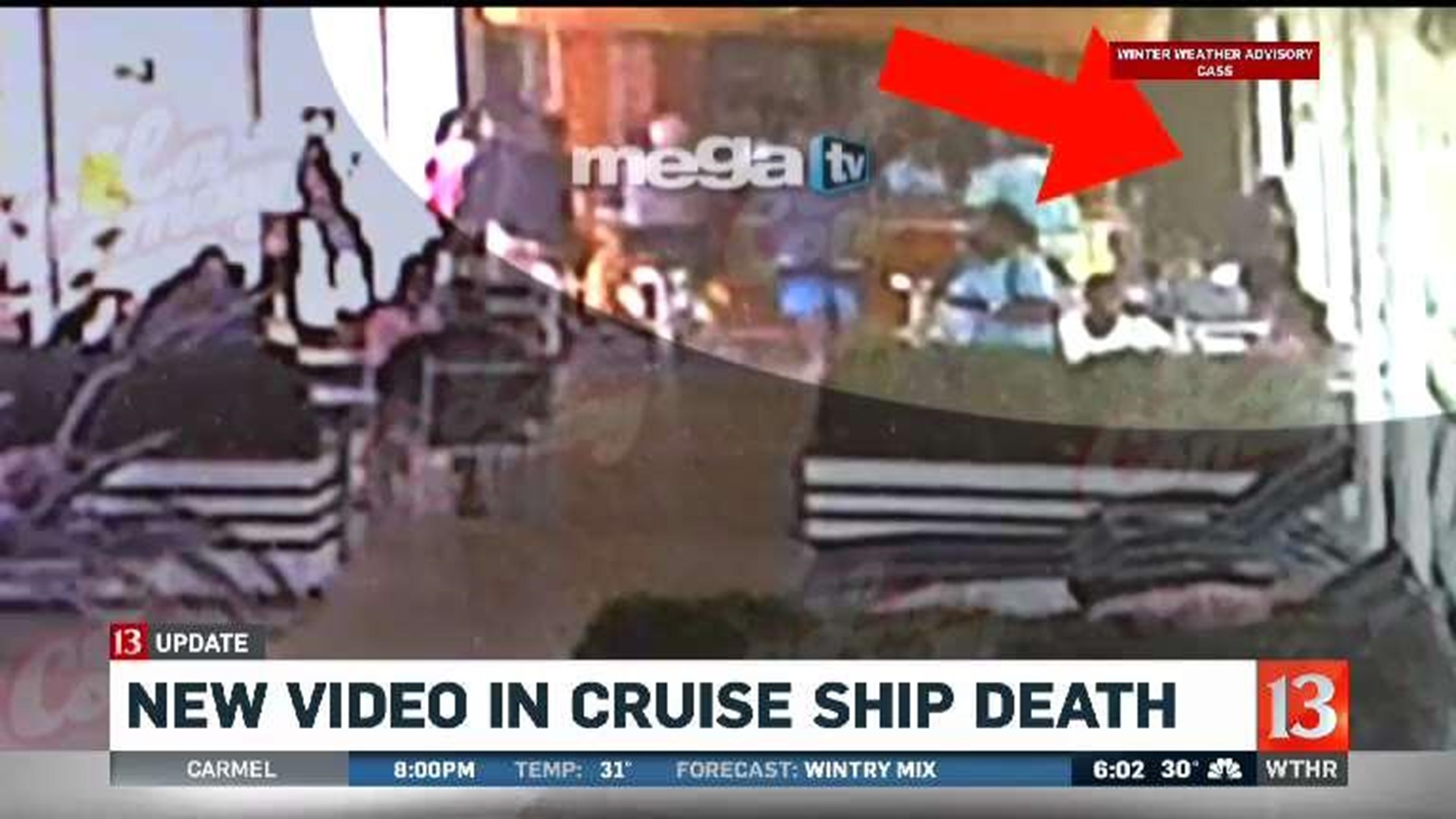 MIAMI, Fla. (WTHR) - Court documents filed in a Florida Federal Court by Royal Caribbean Cruises point to negligence by Chloe Wiegand's grandfather in the toddler's 2019 death, and ask for her family's case against the cruise line to be dismissed.

Evidence presented to the court in a filing dated Jan. 8, 2020 includes closed-circuit video of the July, 2019 incident, which the cruise line claims refutes the family's wrongful death claim against Royal Caribbean. The cruise line argues instead, it shows that the toddler's step grandfather, Salvatore Anello, was responsible for the little girl's fall to her death from the window of an 11-story observation deck. The ship was docked in Puerto Rico at the time.

In the second still frame from the video, while Chloe is on the floor, Mr. Anello leans his upper-torso over the wooden railing and out of the window frame for approximately eight seconds:

Royal Caribbean claims because Mr. Anello had leaned out the window, he was well aware that the window was open. Then, he leans down and picks up Chloe, lifting her over the wooden rail toward the open window:

The video time lapse shows Anello exposes Chloe to the open window for approximately 34 seconds before she falls to her death.

The request for dismissal also cites Puerto Rico's charge that Anello is guilty of negligent homicide, and that the toddler's "injury was caused by Mr. Anello’s irresponsible and reckless act of holding Chloe out of a window he knew to be open, and not any purported negligence on the part of RCL."

In its conclusion to request dismissal of the Wiegands' case, Royal Caribbean states:

"Deck 11 of RCL’s cruise ship contained an open window — something one might reasonably expect to see on an open air deck of a cruise ship. What was unforeseeable to RCL was that a young child’s grandfather would engage in the reckless act of hoisting his granddaughter out of an open window and unfortunately causing her to fall to her demise. Based on the complete absence of any other similar incidents, Anello’s inexplicable conduct was in no way an occurrence that RCL could predict or foresee."

Late Friday, an attorney for the Wiegand family provided this statement:

Further, the Wiegands’ response to Royal Caribbean’s Motion to Dismiss will definitively show what the Wiegands have said since day one: that Chloe’s grandfather never knew there was an open window and never knowingly put Chloe in harm’s way. Had Royal Caribbean simply abided by industry standards for window safety, designed to protect toddlers, this tragedy would not have occurred.